Why fly overseas to meet your favourite celebrities?

Don’t be surprised if you bump into Vicki Zhao shopping for groceries at a supermarket, Vivian Hsu strolling down Orchard Road or Cecilia Cheung distributing food packets.

In recent years, Lion City has become a top destination for Asia’s rich and famous – and a few from the West, too. The lack of paparazzi, a safe environment, low corporate and personal taxes were some oft-cited factors enticing international personalities to relocate or undertake Singapore citizenship.

Here’s 10 rich and famous you may very well run into within our sunny island: Jackie Chan, best recognised as a Hong Kong martial arts star, is also a director and producer. In his movies, he typically performs the stunts himself. Chan has been acting since the 1960s and today, he’s a cultural icon, often referenced in cartoons, video games and memes.

Chan is believed to be a Singapore permanent resident since 1998. He owns several properties in Singapore – in 2007, he paid $11 million to buy the former Jinriksha Station at Neil Road. In 2010, together with his good friend singer-songwriter Emil Chau (a.k.a. Wakin Chau), he purchased four apartments worth over $10 million at Centennia Suites. Two years ago in 2013, Chan donated 6 historic houses to Singapore, which were to be showcased on the campus of Singapore University of Technology and Design (SUTD). 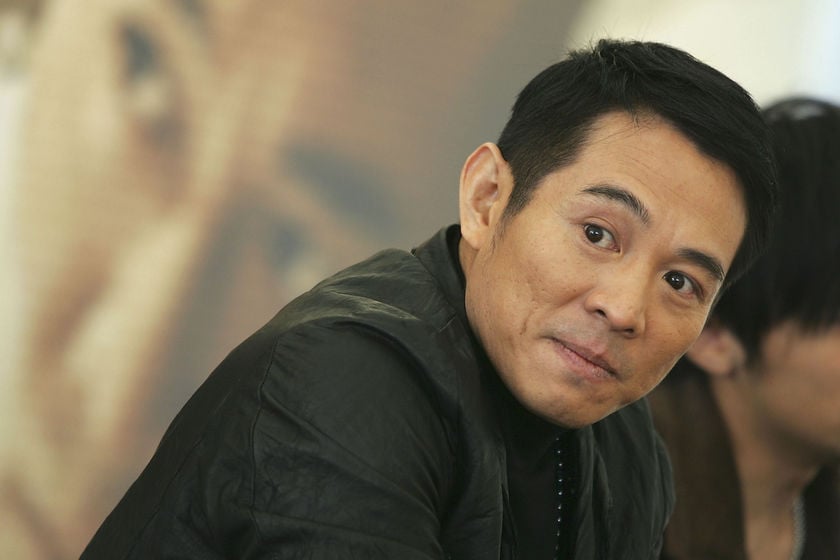 Li Lianjie, better known as Jet Li, was born in Beijing. Making his debut as an actor in Shaolin Temple, the former champion martial artist furthered his career in showbiz, starring in Hollywood films like Romeo Must Die, Kiss of the Dragon, The Forbidden Kingdom, China film series Once Upon a Time and critically-praised Hero, among many others.

Jet Li surprised his Singaporean fans when he renounced his American citizenship to become a Singapore citizen in 2009. He purchased a S$20 million bungalow to live with his wife and two daughters. Li then went on to set up a charitable institution in Singapore named “One Foundation”. 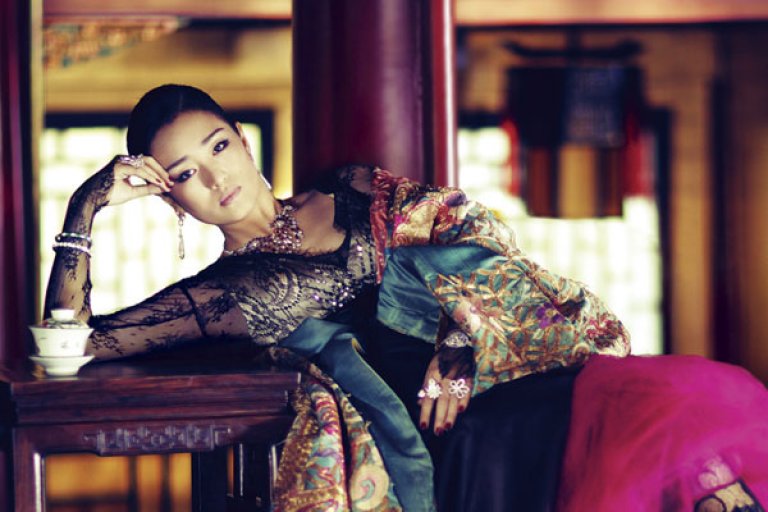 Born in Shenyang, China, Liaoning, Gong was the youngest in a family of five children. Gong shot to fame after starring in a series of films including Red Sorghum and Raise the Red Lantern by director Zhang Yimou in the 1990s. She was also recognised for her role in Memoirs of a Geisha.

In 2008, Asian actress Gong Li drew flak when she renounced her China citizenship to take up a Singaporean one. Widespread dismay ensued in China when news broke, with many branding her a ‘traitor’ for leaving China. Gong married a Singaporean tobacco tycoon in 1996, but the pair eventually divorced in 2009. She was also criticised by Singaporeans, who speculated she would use her Singaporean citizenship as a springboard to attain a United States citizenship, which would help establish her foothold in Hollywood. 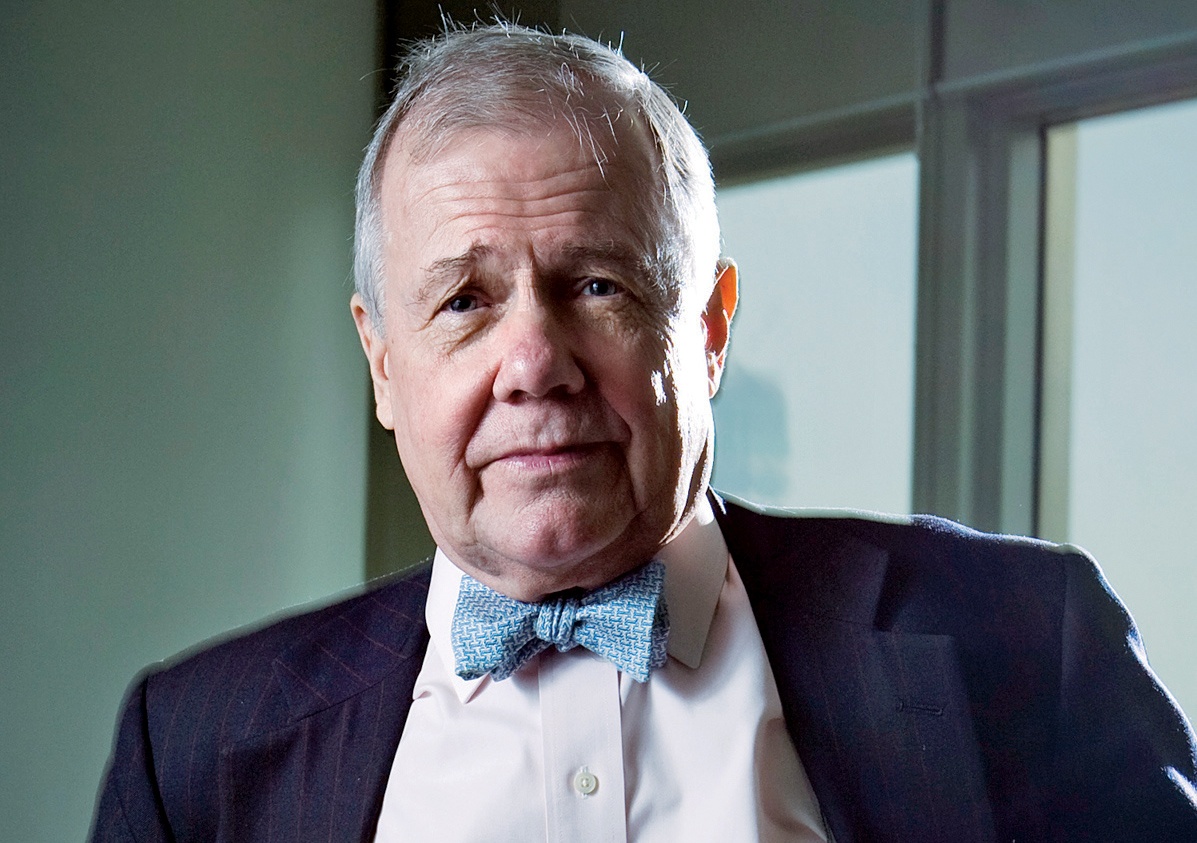 Billionaire investor Jim Rogers, the co-founder of Quantum Fund alongside George Soros in the 1960s, retired at the age of 37 after the fund’s resounding success. He was also the creator of Rogers International Commodity Index, a broad index of commodity futures. Now, he focuses on writing books, speaking at events, raising his family and managing his money.

He sold his New York City mansion for US $16 million in December 2007, preceding his relocation as a permanent resident to Singapore. He claimed that it was a “ground-breaking time for investment potential in Asian markets” then. Famously bullish on commodities and China, Rogers made the move to Singapore so his two children could pick up Mandarin, choosing Singapore over Hong Kong or Shanghai due to lower pollution. 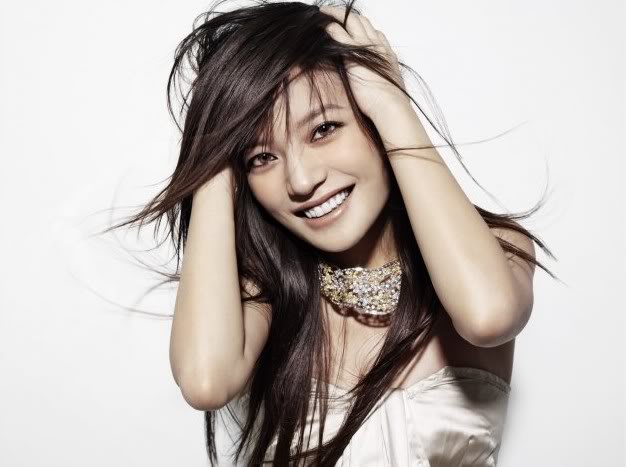 Vicki Zhao Wei is a Chinese actress, pop singer, and film director. In 1998, Zhao became an overnight Asian superstar, thanks to her role as Xiao Yan Zi (Little Swallow) in TV series My Fair Princess. She bagged a Golden Eagle Award for her performance. Over the years, Zhao has acted in many box-office hits, including Shaolin Soccer, Red Cliff, and Painted Skin.

In 2008, Zhao married businessman Chinese Huang Youlong in Singapore. Both of them are Singapore permanent residents. Two years later, Zhao chose to give birth to her daughter at Singapore’s Gleneagles Hospital, and cited the lack of paparazzi for her decision to give birth here. 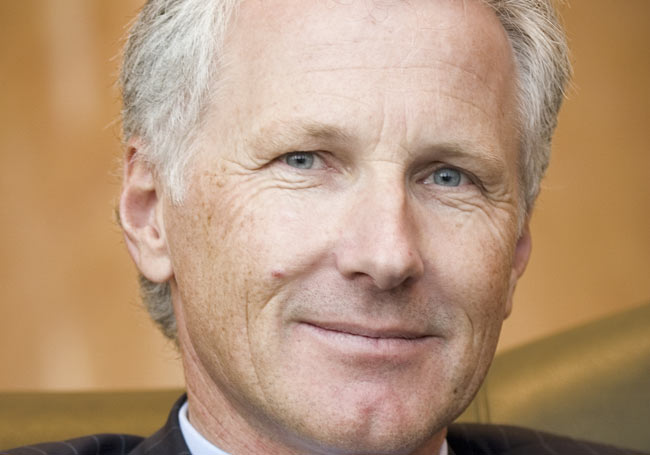 New Zealand-born businessman, Richard Chandler’s net worth is estimated to be worth US $3 billion by Forbes magazine. He was the former CEO of the Sovereign group of companies, together with his brother, Christopher Chandler. In 2007, the brothers split their assets and Richard Chandler went on to create Orient Global, which was eventually renamed Chandler Corporation in 2013.

Since 2008, Chandler has been a Singapore permanent resident. His Singapore-based Chandler Corporation invests in public and private equity across a range of industries. 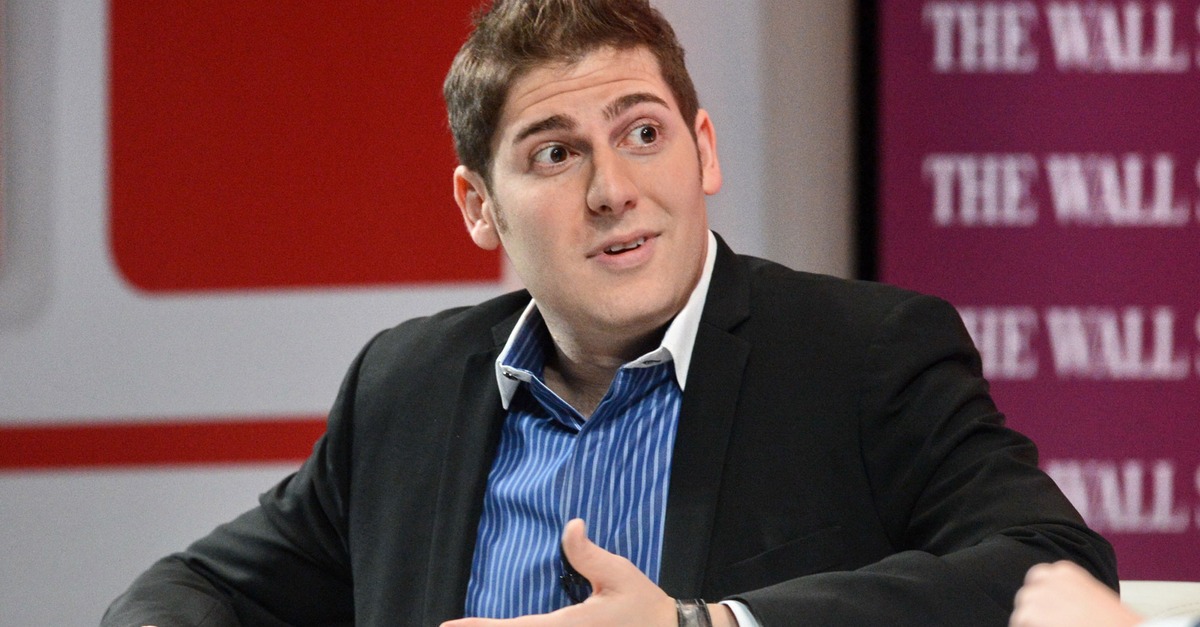 Brazil-born Eduardo Saverin met Mark Zuckerberg when they were both studying at Harvard University in 2004, subsequently co-founding Facebook with Zuckerberg and three others. In 2005, Saverin was booted out of the company, with his initial one-third stake watered down to 4 percent, worth about $4 billion.

In 2012, just before Facebook’s Initial Public Offering (IPO), Saverin renounced his US citizenship. It was said that this move could save him on taxes, requiring him only to pay an exit tax on Facebook’s valuation before the IPO. However, Saverin asserted that this decision was based on his ‘interest of living and working in Singapore’. As an angel investor, he now invests into startups like Jumio (a credit card validation company), ShopSavvy (a mobile shopping application) and RedMart (a Singapore-based online grocery store). 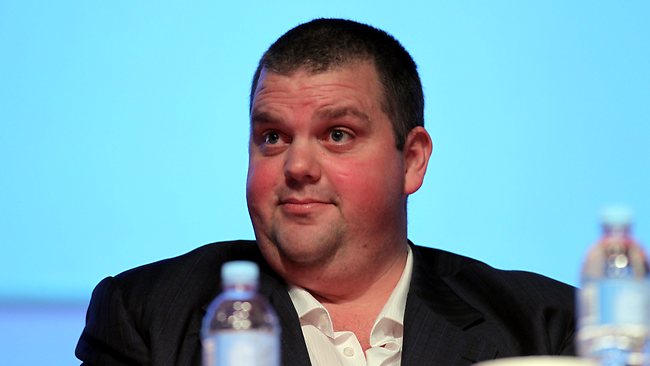 Three years ago (2012), after a chain of disastrous deals, Tinkler left Australia for Singapore with his wife and four children. This move was in an attempt to recoup his business finances by selling his assets to repay debts. Tinkler divulged that most of the financing for his past deals came from Singapore. It was also believed that Singapore’s low corporate and personal taxes played a pivotal role in Tinkler’s relocation. Cecilia Cheung started her career in 1998, when her lemon tea television commercial caught the attention of Stephen Chow. Chow cast her for her film debut in King of Comedy, soon followed by Fly Me to Polaris. The Hong Kong native has since established herself as an actress and Cantopop singer.

In late 2013, Cheung decided to settle down in Singapore to escape from the Hong Kong paparazzi. Hoping for her then 6-year-old son Lucas and then 3-year-old son Quintus Tse to be able to lead a ‘normal life’, Cheung also attributed other factors for her move, such as the Government’s education policy, proximity to Hong Kong, good air, and its “simple” people, with the last comment drawing backlash from Singaporeans. 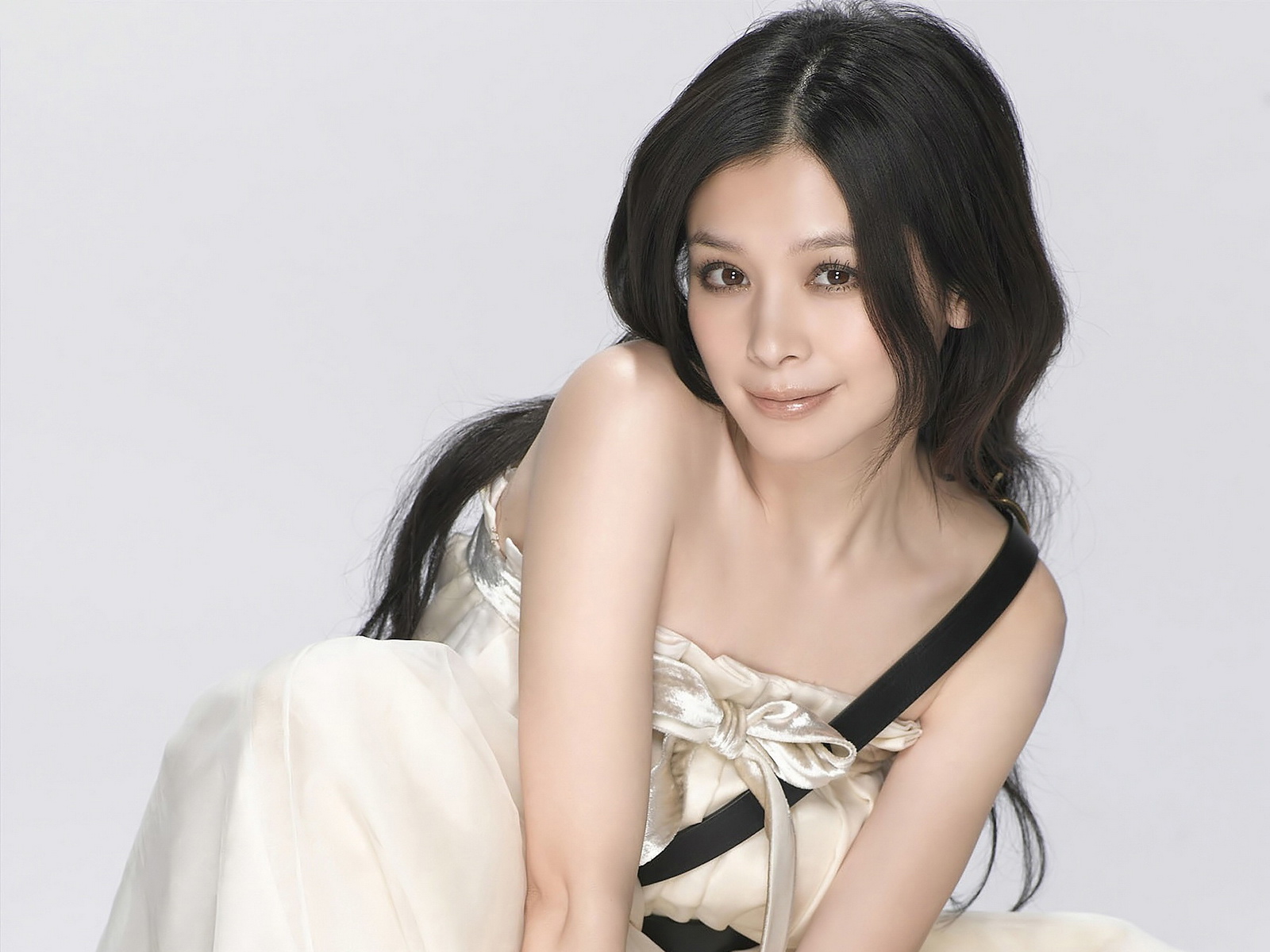 A Taiwanese-born singer, model and actress, Vivian Hsu has gained popularity in East Asia, largely in Taiwan and Japan. In 1991, 16-year-old Hsu made her music debut as a member of ShaoNuDui (Girl’s Group). Hsu left singing temporarily to explore other options like modeling and acting, since the group never achieved popularity. Her breakthrough came when she made her first appearance in Japan in 1995. The next year, she released a few singles and her first solo album, all in Japanese.

Last year (2014), Hsu and her Singapore-based businessman husband, Sean Lee, got married and the couple have been reportedly residing in Singapore. Lee is the CEO of Marco Polo Marine. Nonetheless, the Taiwanese singer-actress said she would still remain in showbiz.

While some may be proud of these “imports”, who add glitz and glamour to Singapore’s acclaimed list of “top’s”, this phenomenon reinforces the testament of Singapore’s economic inequality. International media and foreign governments have painted Singapore to be a tax haven, an underlying reason that attracts the wealthy around the world.

With so many A-listers flocking to our affluent city, one may question the sanctity of citizenship – or can money really buy everything?