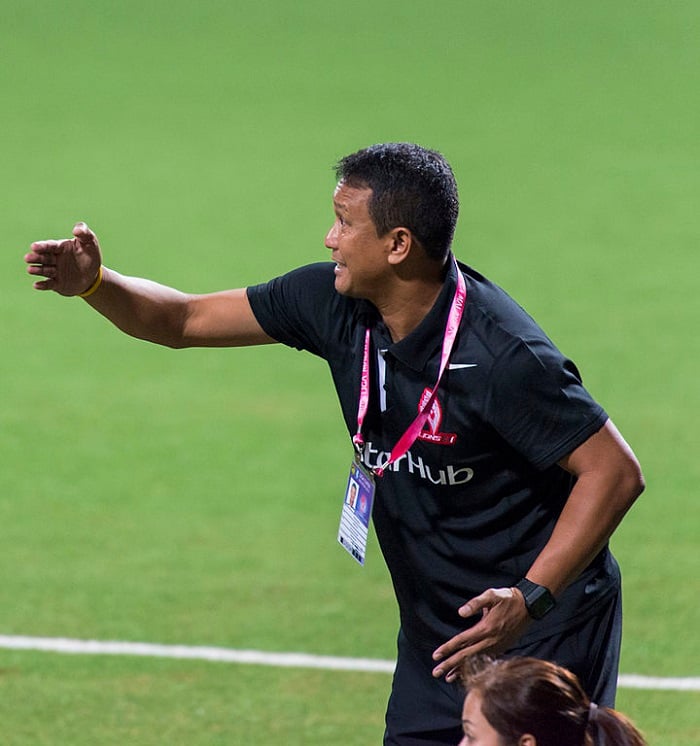 Fandi issues Batam ‘Come and Get me Plea’

Singapore’s best — and some say JB — is moving to Batam.

Fandi Ahmad expects to retire from coaching in three to five years, and when he does, he’s moving to Batam. Singapore’s first footballer millionaire is a kampung boy at heart, and explained that he likes the kampungs and coconut trees there, and factored in the lower cost of living. 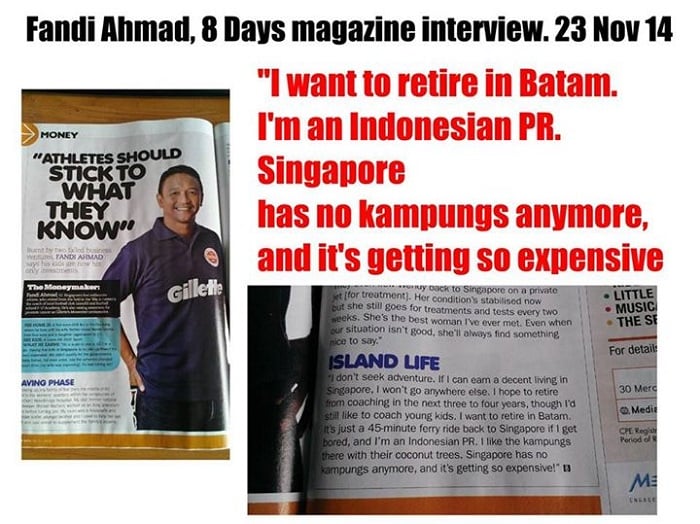 It takes 2 years of continued residence in Indonesia to apply for permanent residency, which the current LionsXII head coach gained while managing Indonesia Super League side Pelita Raya from 2006 to 2010. He is also one of seven Singaporeans to hold an Asian Football Confederation (AFC) coaching diploma, the highest level of coaching accreditation issued by AFC.

Singaporeans turned to Facebook to express their views, acknowledging what he has done for Singapore football and justifying his decision.

While others pondered the irony of a successful sportsman having to retire overseas.

Fandi is probably Singapore’s most well-travelled footballer, having played and coached in Holland, Indonesia, Greece, and Malaysia. When he starts complaining about the high cost of living in Singapore, we might take well take heed of his words. Earlier this year, The Economist ranked Singapore as the most expensive city in the world to live in, replacing Tokyo, which topped the list in 2013. Despite being known for the place where dirty old men go for sex, Batam’s golf courses, scenic coastline, and  less hectic lifestyle clearly agree with Fandi.

If all else fails, at least we can all head to New Zealand instead.