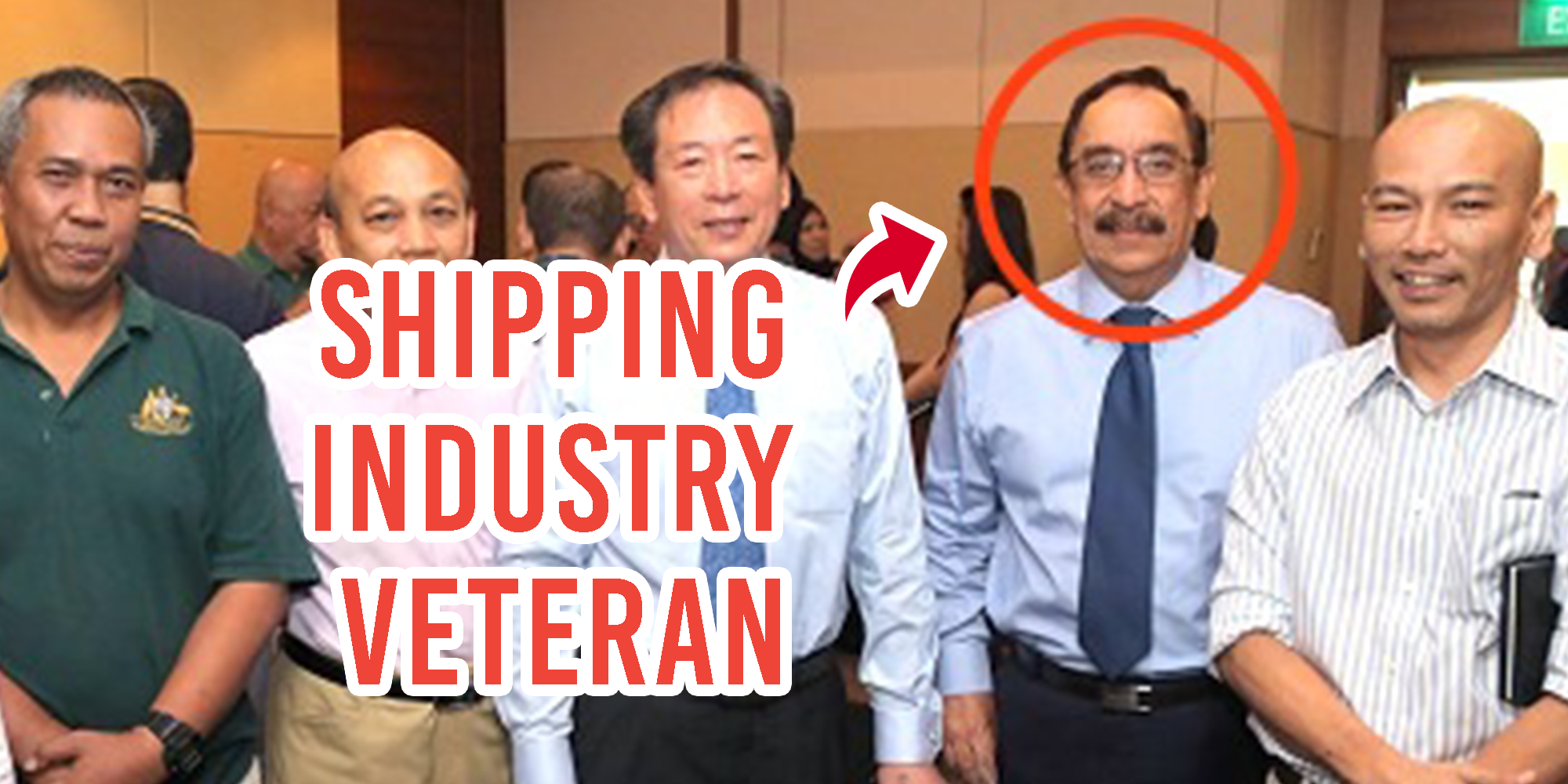 He’s circled in this photo taken at a maritime industry event: 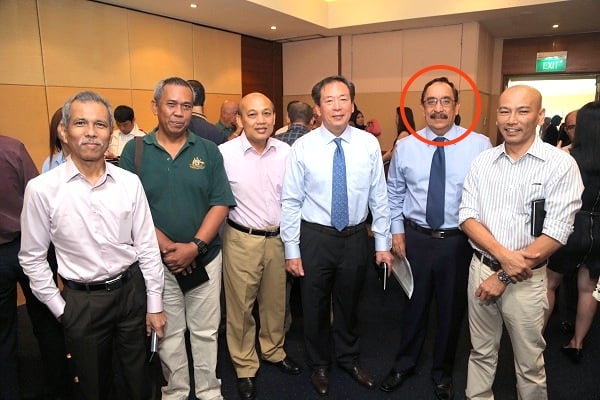 Mr Khan is a director at several companies in the marine sector and chairs the Singapore-based Bourbon Offshore Asia Pacific (BOAP), a shipping services provider.

According to a report in The Straits Times, the 62-year-old had been considering a bid and sent 4 men to collect the application forms on his behalf last month.

Here’s a video of them collecting the forms.

Under the revised elected presidency scheme, candidates must have ran a company with at least $500 million in shareholder equity to qualify for the elections.

The changes were also implemented to ensure minority representation — only Malays are allowed to run in this year’s election.

While Mr Khan’s companies total more than $500 million in shareholder equity collectively, none of them possesses the stipulated amount on its own — the shareholder equity of BOAP is about US$300 million (S$414 million), while that of his other company, Greenship Holdings, is around US$200 million.

If Mr Khan had pursued his presidential dreams back in 2011, he would have easily qualified since the barrier of entry was set much lower at $100 million.

Following the new amendments, it appears highly unlikely that he would be able to contest in the elections without filing an appeal with the Presidential Elections Committee (PEC).

That hasn’t stopped Mr Khan’s camp from remaining optimistic about their candidate’s chances, however.

“We believe that our candidate is eligible to stand,” said Mr Borhan Saini, one of the four men who helped Mr Khan pick up the application forms. The director of administrative and business development at Future Energy Solutions was also convinced that Mr Khan would be able to win the support of “all races in Singapore”.

As absurd as it might sound on paper, the PEC is essentially a 5-man panel that decides whether a potential candidate is Malay enough. Yes, we kid you not.

Okay, maybe it isn’t that simple.

Besides the 5 core members, the committee also consists of several other sub-committees each representing one of the four major races in Singapore. Together, the teams will fact check, conduct interviews, and issue certificates of eligibility to suitable candidates.

The PEC is also allowed to certify a candidate who does not meet the revised criteria, provided that he has the experience and ability to carry out his duties competently.

With that being said, it’s unlikely that he will run into any problems with the PEC with regards to the validity of his race.

Who’s In His Team?

Besides Mr Saini, the other three men who collected the application forms on behalf of Mr Khan identified themselves as Mr Jimmie Wee, Mr Rahman Kamin and Mr Sukumaran.

All three are from the marine sector, claims The Straits Times — Mr Kamin worked as a Controller in Emergency Response and Preparedness at the Maritime and Port Authority of Singapore for 20 years, while Mr Wee was an offshore broker at London-based shipping service provider Clarksons.

When asked by journalists about the “organisation” they are from, Mr Saini simply stated that they are “a multiracial group to support our candidate because the president is not just for Malays, but for (people from) all walks of life in Singapore”.

The team is non-partisan, he added.

Besides Mr Khan, 2 other Singaporeans have collected the application forms to contest in the upcoming presidential elections.

Second Chance Properties chief executive Mohamed Salleh Marican is one, while Uber driver and aspiring politician Shirwin Eu has also thrown his hat into the ring.

Several other names have been floated as well, including Bank of Singapore CEO Bahren Shaari, former speaker of Parliament Abdullah Tarmugi, and CEO of PT Trans Retail, Mr Shafie Shamsuddin.

Madam Halimah Yacob, the current Speaker of Parliament, is widely considered to be the front-runner, but she has yet to decide on whether to stand for election.

Adding To The Pool

We are extremely interested in the development of Mr Khan’s campaign and inevitable appeal to the PEC. Failure will likely lead to the collapse of Mr Salleh’s presidential bid, since his company has only $254.3 million and $263.25 million in shareholder’s equity.

The duo’s disqualification, coupled with Mr Shaari’s and Mr Tarmugi’s reluctance to run, might severely limit the final pool of candidates.

And with netizens unhappy over how the court and media handled presidential hopeful Tan Cheng Bock’s constitutional challenge, the last thing the election needs is more negative PR.