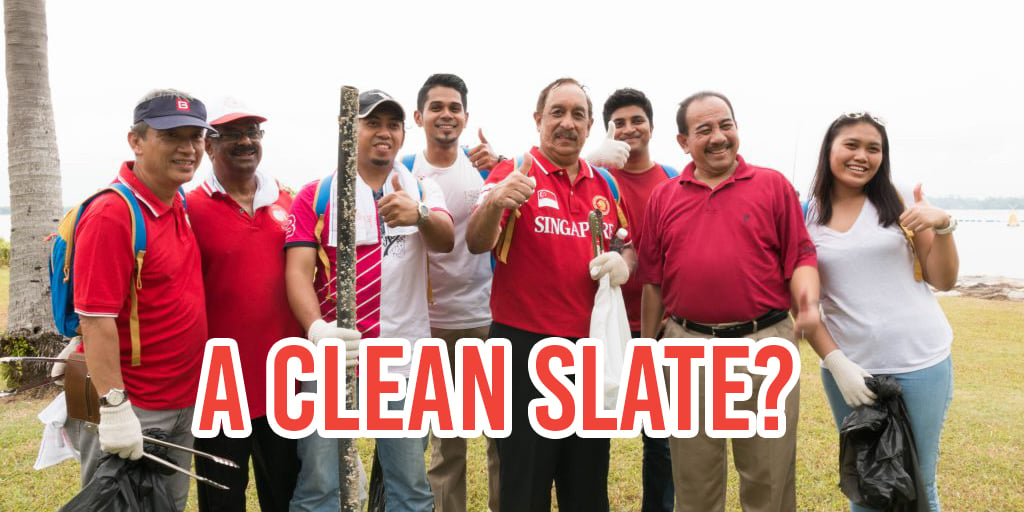 Going up against a former speaker of parliament apparently holds no fear for Mr Farid Khan.

The chairman of shipping company Bourbon Offshore Asia Pacific was in fact fully prepared for Madam Halimah Yacob’s unsurprising announcement that she’s running for president, showing a fighting spirit that would serve him well for the tough fight ahead.

Speaking at the annual beach cleaning event on Tuesday (Aug 8), the soft-spoken shipping industry veteran was a picture of relaxed calm as he helped pick up rubbish from Pasir Ris Park. 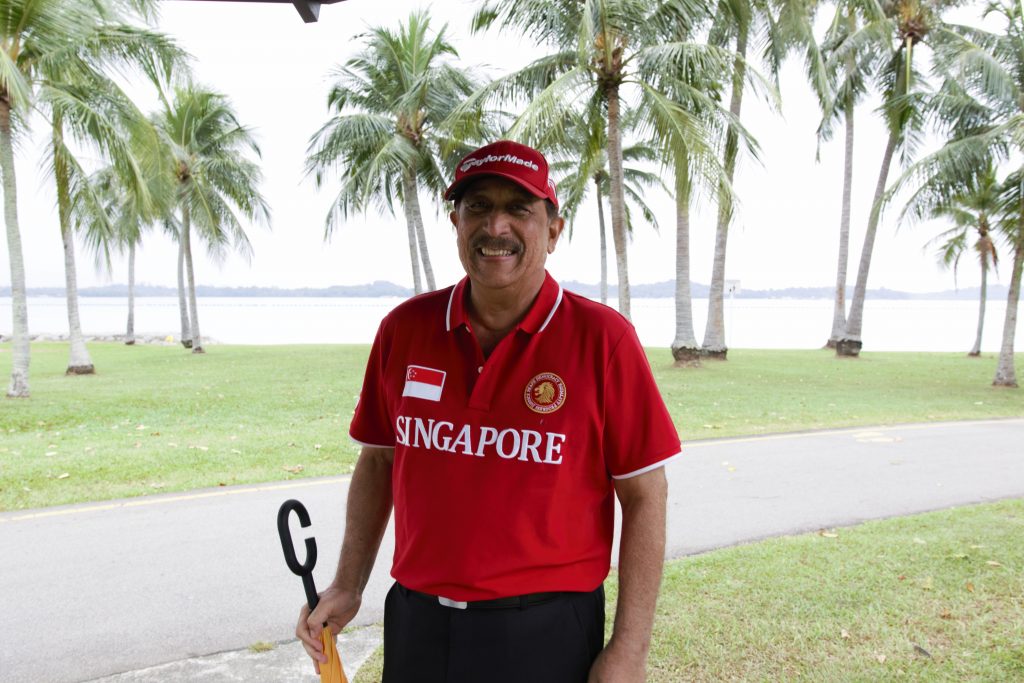 And why shouldn’t they have? Even before she officially declared her interest, Mdm Halimah had long been touted as the front-runner in the coming presidential elections with parliamentarians and the mainstream media throwing their support behind her.

In fact, his team is prepared to take on any surprise late challengers as well — even Dr Tan Cheng Bock, whose challenge to the reserved election is still pending in the Court of Appeal.

When we decided to run, the campaign team had already have a strategy in place regardless of who comes to compete with us.

In confident words, he said he “welcomes” Mdm Halimah, whose entry will only make him work harder.

When quizzed about some of their campaign plans, Mr Khan shared that he plans to use “a lot of social media” in order to reach out to Singaporeans.

The people need to know me and what I stand for. This is the important message that I hope will passed on during the campaign.

We think that’s a smart move — especially the part where he granted MustShareNews an exclusive video on how he met his wife:

While many feel that Mdm Halimah’s experience in politics and as a grassroots leader gives her an edge over the rest of the presidential candidates, Mr Khan felt that this may not necessarily be true — people may prefer someone with no prior political background and affiliation.

With no links to “any political parties” and having “no personal ambition” and “agenda”, Mr Khan believes that he provides a strong alternative to what Mdm Halimah has to offer.

(I’m) here to serve the people and the people will have to decide if they want someone that is independent. If so, then it is me.

We guess that people who vote for him would rather have a clean slate.

Well, if what we saw during Bourbon Offshore’s beach cleaning event is any indication, Mr Farid Khan has much experience in cleaning.

Held at Pasir Ris Park this year, the marine company’s annual beach cleaning event is held in conjunction with National Day, as part of the company’s efforts to give back to Singapore and the environment.

This will be the 4th year that Bourbon Offshore has collaborated with National Parks since its first event in 2013.

Despite the potentially inclement weather, the staff turned up at Pasir Ris Park clad in raincoats and wielding umbrellas, clearly not allowing the elements to dampen their spirits. 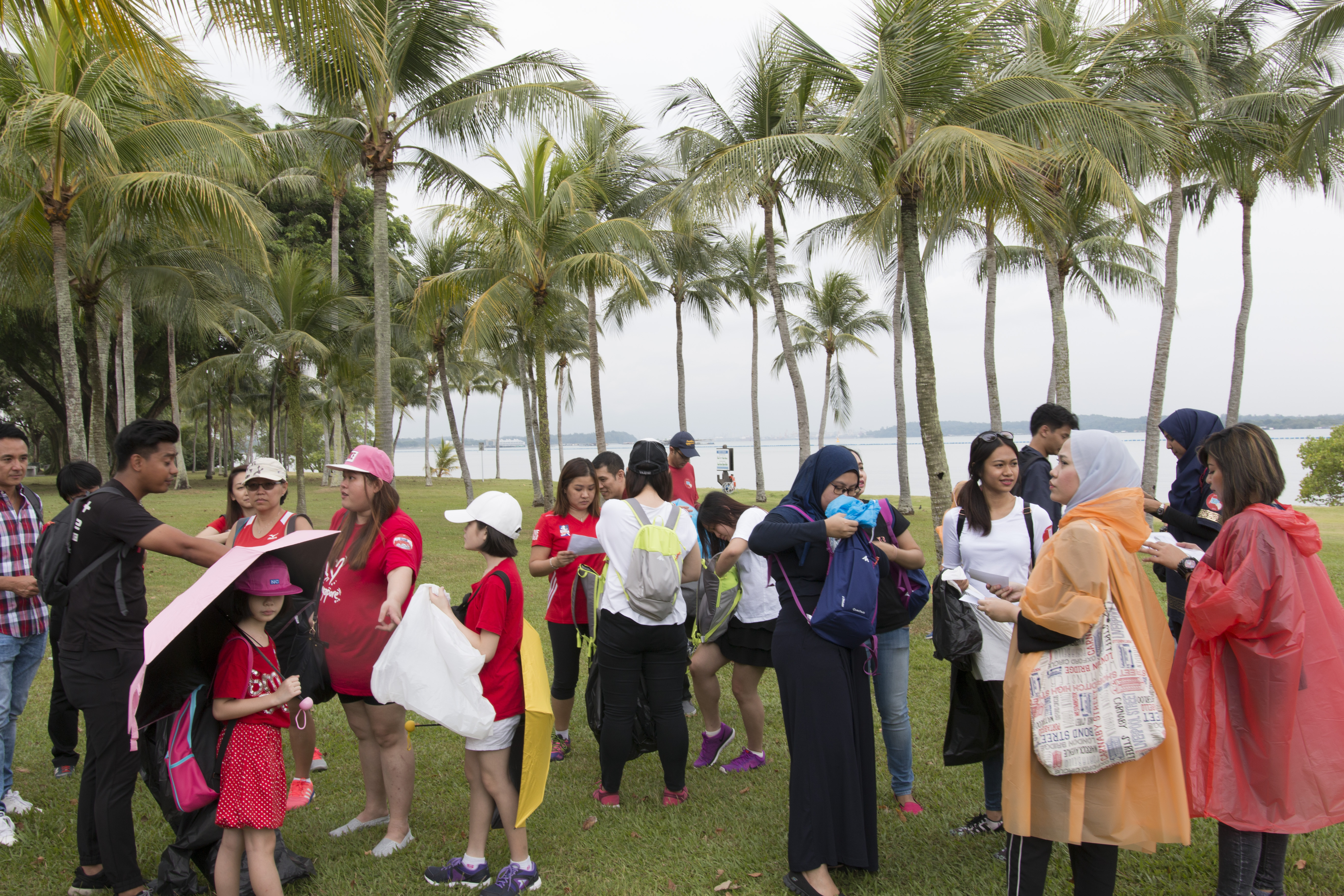 The event began simply enough with a short safety brief and warm up exercises.

It was during this period that we observed Mr Khan’s jovial demeanour as he shared a laugh or two with his staff. 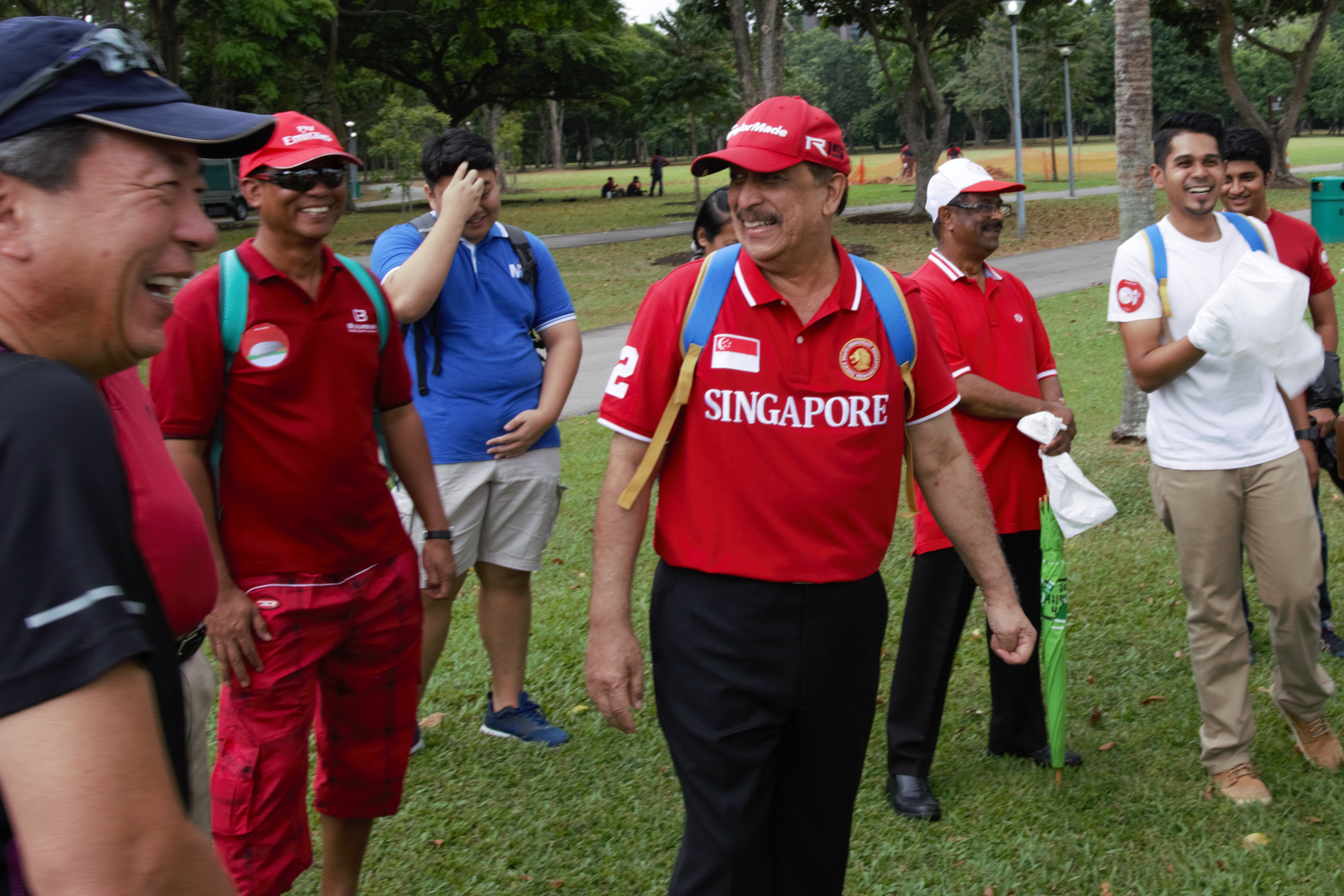 He was also unafraid to engage with the media, going so far as to share his marine mantra “From the sea we come, by the sea we stay” — apt for an island nation like Singapore. 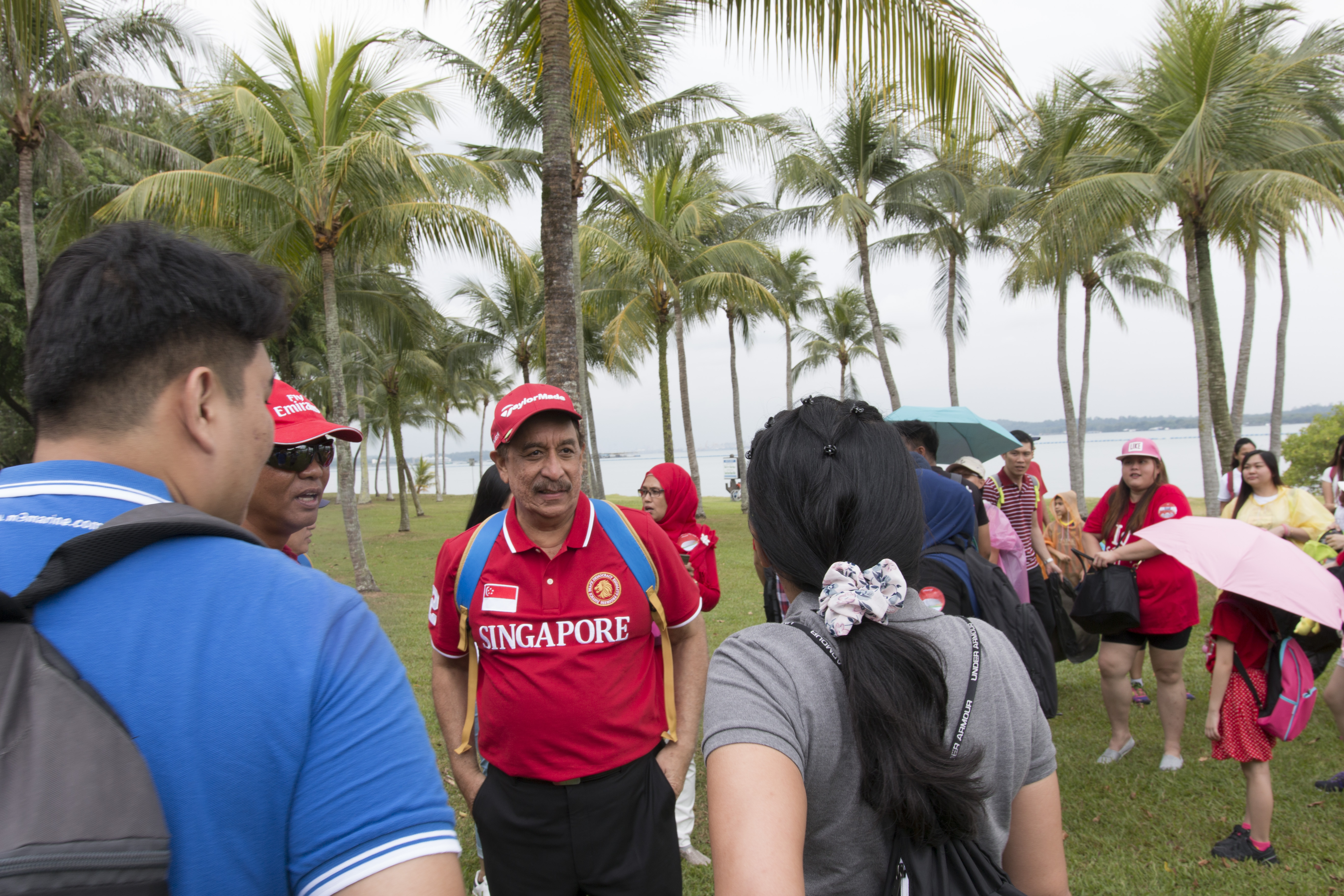 Being an approachable person, Mr Khan was a hit with young and old. 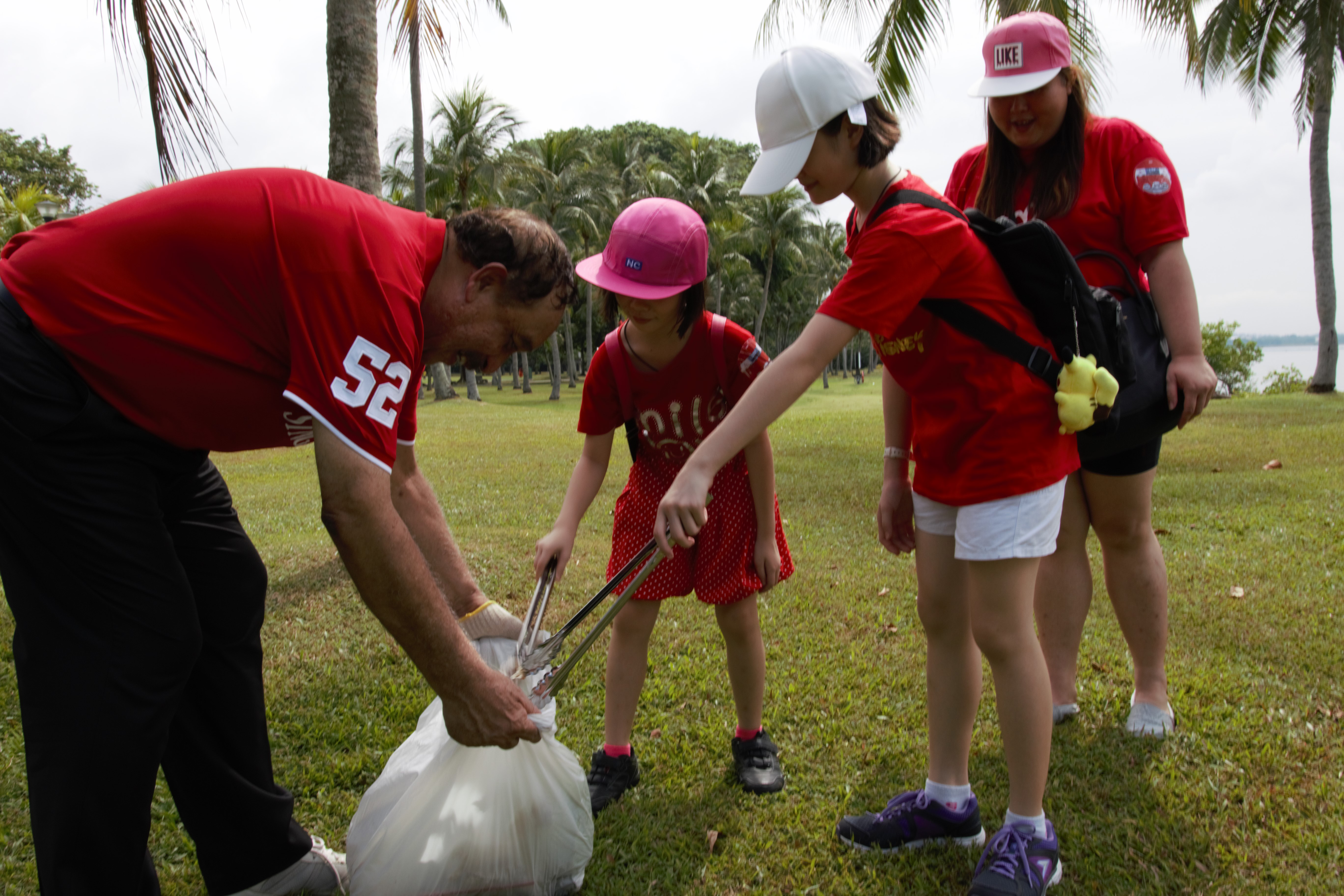 However, it takes more than a pleasant nature to be deemed as a suitable president, so we spoke to several participants to find out what they thought of Mr Khan.

We had a chance to speak to Bourbon Offshore’s managing director Rendy Ariffin, who been with the company for more than 7 years. Mr Rendy shared with us that he knew Mr Farid even before he joined the company in July 2010.

When asked to share his personal experience with Mr Khan, this is what Mr Rendy had to say:

From the start when I talked to him about collaborating and joining Bourbon, what I could see was that this was not a business to him. He took things very personally and the one thing that I always admired about him was that he always focused on the people. Taking care of the people, that has always been his trademark.

We also had a chance to speak to Mr Hammed, a member of Mr Khan’s campaign team.

Mr Hammed admitted that he has only known Mr Khan for about 2 months, after being roped in by Mr Khan’s right-hand man, Mr Borhan Saini, to help with the campaign.

Despite their short friendship, Mr Hammed observed that Mr Khan “is doing this more for Singaporeans than himself”.

Looking for more about Mr Khan’s character, we spoke privately with Mr Borhan who has known Mr Khan for more than 10 years.

Mr Borhan told MustShareNews that he was initially “surprised” when Mr Khan told him of the latter’s plans to run for president.

However, given his high regard for Mr Khan, Mr Borhan quickly agreed to help him  — saying that he has a heart for service that makes him fit to be a leader. 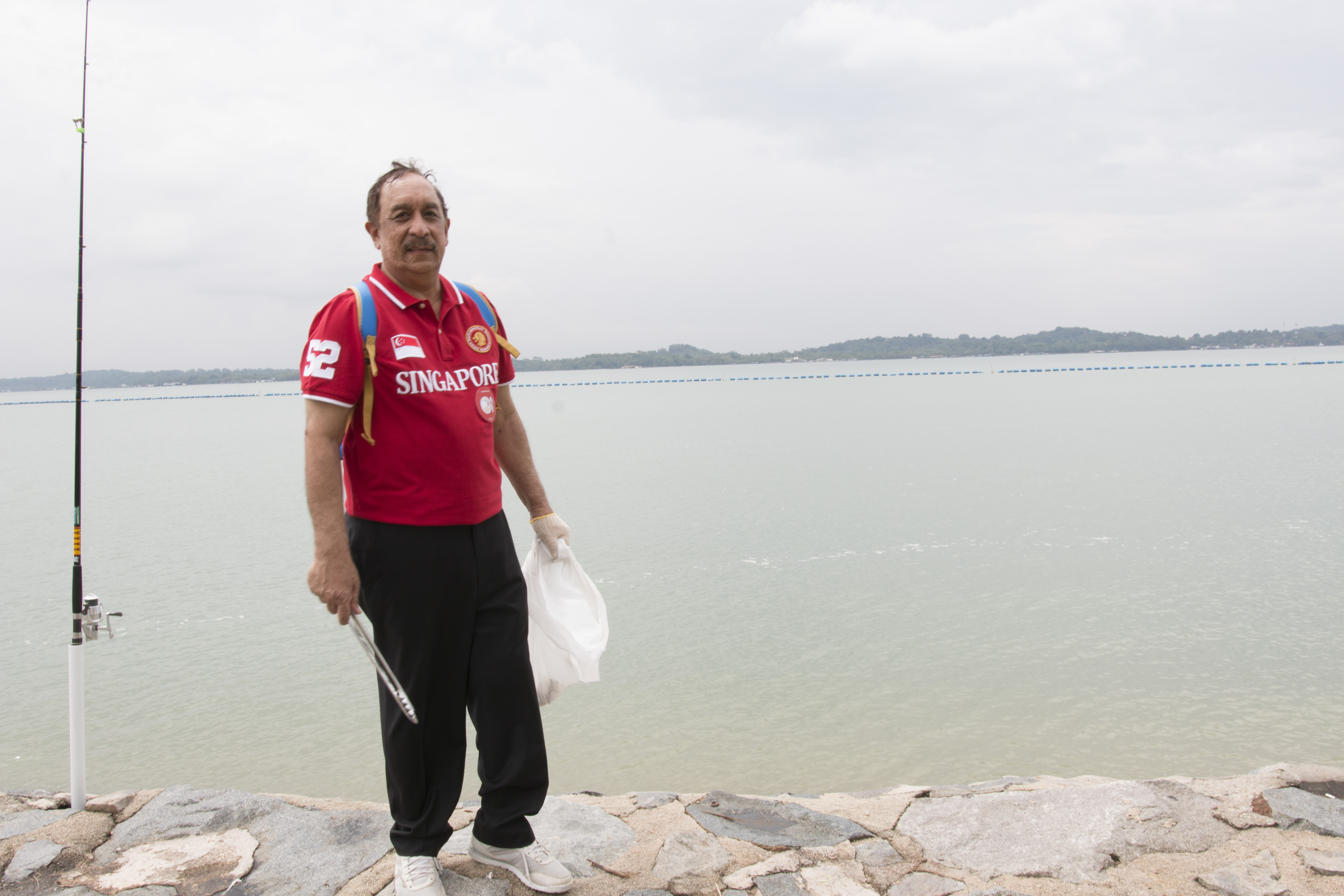 Mr Borhan shared that Mr Khan was a person that was always willing to help people. About 2 years ago, he helped a family with their medical expenditure without doing so much as a background check on them.

And his help is rendered regardless of a person’s race or religion — other than contributing to Mendaki, which provides assistance to the Malay community in Singapore, Mr Khan also renders his services to the Chinese Development Assistance Council and Singapore Indian Development Association, collaborating with them to create job opportunities for the unemployed.

And, most strikingly for Mr Borhan, he said that Mr Khan does not like people to know that he is their benefactor. The family whose medical bills he helped pay did not know even know their benefactor was Mr Khan until recent months.

And that’s why his supporters are crossing their fingers that Mr Khan will qualify to be a presidential candidate.

Documents To Be Submitted

Mr Khan has set Aug 16 as the tentative deadline for his team to submit his documents to obtain a Certificate of Eligibility.

He is confident that he will be eligible to qualify as a presidential candidate by fulfilling the $500 million shareholder equity stipulation.

However, he did admit that some time was needed to gather all the documents for compilation given that the “companies are scattered all over this region”. 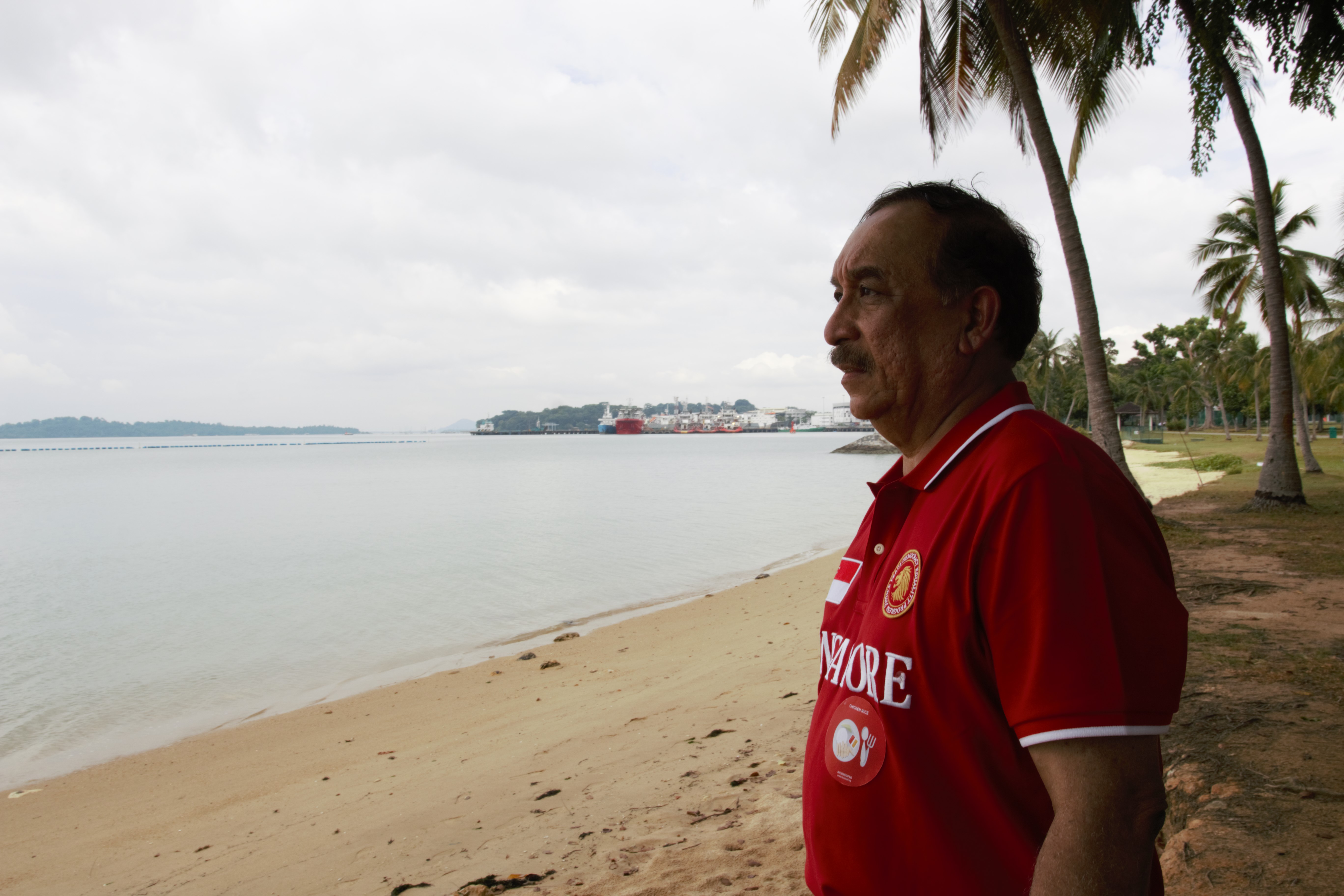 Given his non-partisan stance, the MustShareNews team asked Mr Khan for his opinion on the lack of a by-election for the Marsiling-Yew Tee GRC seat vacated by Mdm Halimah.

He replied that “Mr Chan Chun Seng has announced that there will be no by-election so that is a similar stance I will adopt”.

Read our story on 5 facts about Mr Farid Khan.

All photos taken by Nevin Khoo for MustShareNews