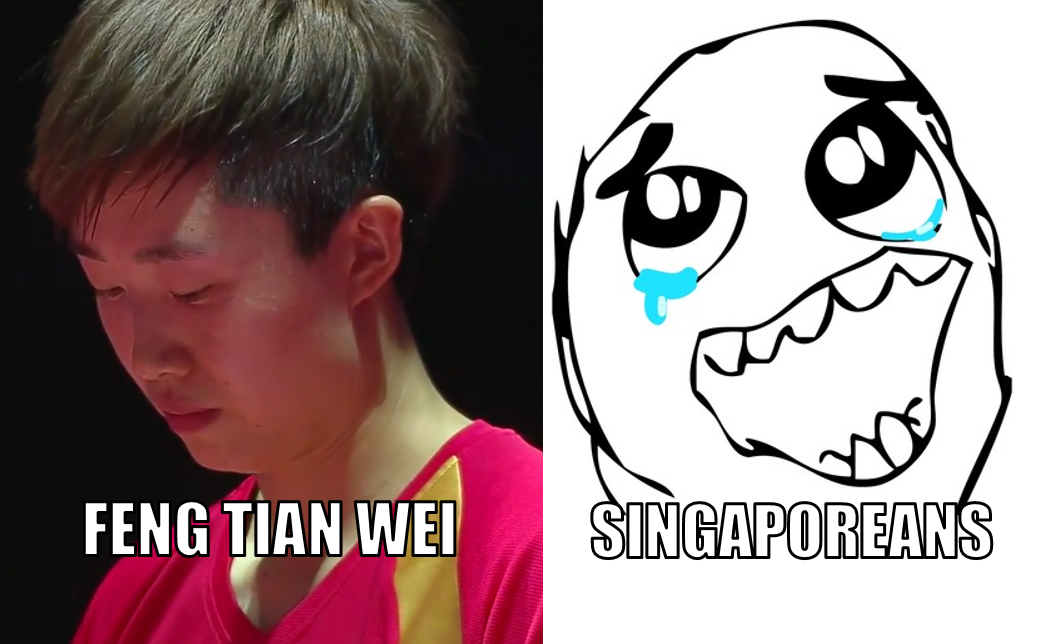 Singaporeans were probably devastated at losing another chance to pick up a SEA Games medal.

Or so we thought. 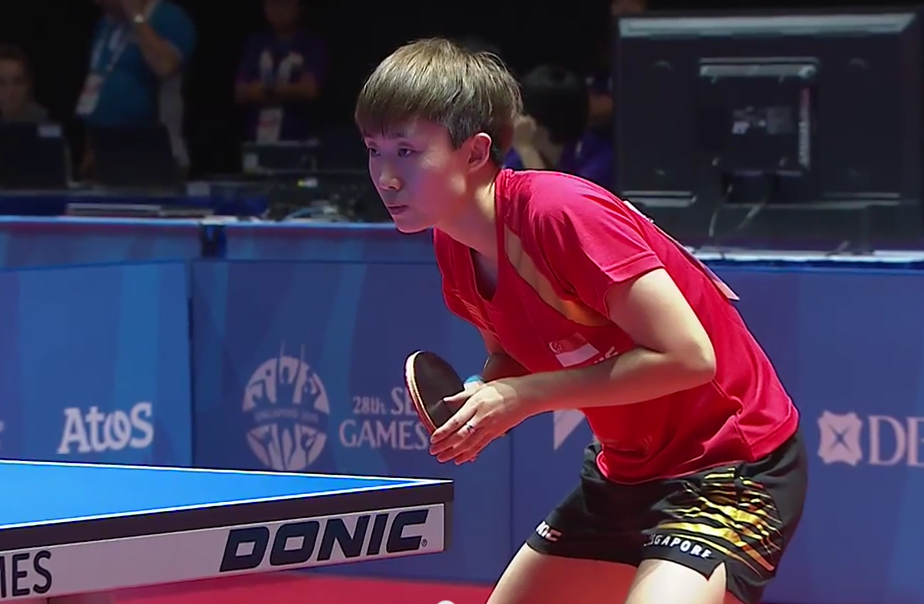 But it turns out Singaporeans aren’t all that upset.

Netizens are, instead, flooding social media with sarcastic China jokes and mocking the government – the social media equivalent of a stadium crowd booing a team right after a heartbreaking loss.

And let me get this straight. I’ve never been a fan of Feng Tianwei. There’s simply less reason to: she’s not born here and we don’t share common ground, so I will inevitably relate to her less than say… Joseph Schooling.

But, there’s no real reason to be so salty, people.

The Feng Tianwei hate is real.

Here are the worst of the worst things netizens are  talking about:

If our ‘SG expensive’ ministers deserved a slap so much, you could have done the honours a long time ago.

And I can expect you to be bitching about them when the time comes.

Guy’s so free, he went on Meme Generator to generate an insult 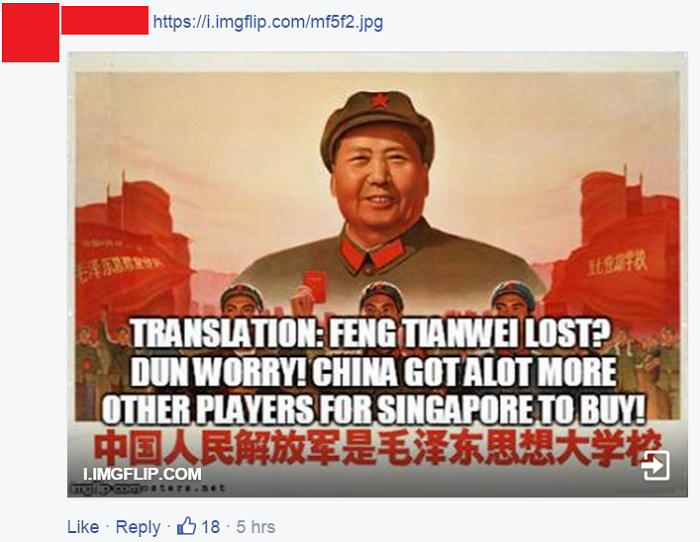 This guy tries to take after Amos Yee with intelligent insults.

The Singapore version of ‘Thanks Obama’

He’s dead, give it a rest bruh.

In other words, FT = shit

All I know is that these words are as foul as the ‘dungs’ you so claim foreign imports are.

Behaving like the ultimate worst role models of the sportsmanship isn’t quite the embodiment of ‘The Singapore Spirit’.

If that’s the case, ‘The Singapore Spirit’ is ugly, and nothing to be proud of.

To the haters, the Internet has this to say to you: 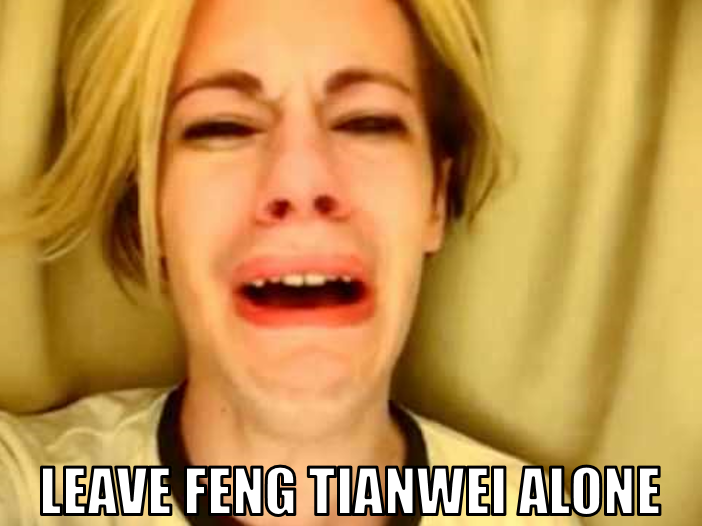 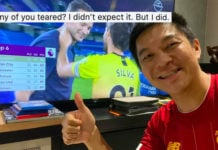 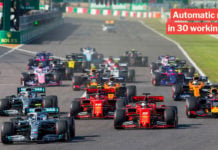