Homeowners of Built-To-Order (BTO) flats at Fernvale Lea were in for a shock when Housing Development Board (HDB) revealed that a columbarium would be built near their housing estate.

A columbarium is a space with niches for urns with the dead’s ashes to be stored. Needless to say, many found this inauspicious and felt like they were given the short end of the stick.

An Australian funeral services company, ironically named Life Corporation, won the HDB tender in July. The proposed site for the columbarium will be integrated with a Chinese temple on the land next to the upcoming BTO.

Future residents claimed they were not informed of this decision earlier. They added that the BTO sales booklet only showed that the area was reserved for a Chinese temple. Lack of transparency on HDB’s part

HDB and Urban Redevelopment Authority (URA) rebutted that future residents had access to this information, which was specified on the notes of the site plan and town map, stating “places of worship may include columbarium as an ancillary use”.

This is shown on HDB’s website, which seemingly has no mention of the columbarium… 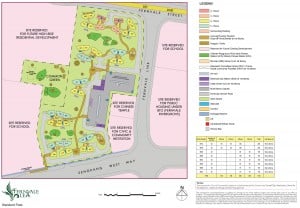 Until you zoom in on the fine print for about 25 times:

Mixed reactions from the public

Some are hoping to strike it rich:

Some think that National Development Minister, Khaw Boon Wan should set an example (and help fix ceiling leaks at the same time!):

Some think that a zombie apocalypse is imminent:

Some blame it on the PAP: 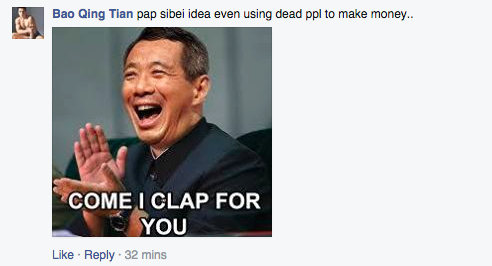 Some are worried about a possible dip in the resale price of flats: 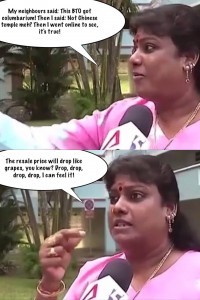 Some are more liberal and accepting:

But some still have their reservations about staying near a columbarium:

Indeed, some future residents still feel strongly about staying near a columbarium and believe it should be erected somewhere remote instead of a residential area. These future residents came up with a petition called ‘Say no to a columbarium next to our future home!’ in hopes to overthrow this unfair decision. The petition has garnered 603 signatures thus far.

In Singapore, where land is scarce with a projected 6.9million in population, there is only so much land we can exploit.

The least HDB could have done was to clearly inform future residents about this plan, not coaxing them into buying only to reveal when the rice is cooked. After this incident, some should have learnt it the hard way to always scrutinize the fine print – no matter how small.

If HDB overrules the petition, then one can only look on the bright side of things. At least there would be no noise pollution to haunt you (pun fully intended). And hey… it facilitates multigenerational living – we’re sure our ancestors will not be turning in their graves for being left in the lurch.

Featured image via HDB
With reference to The Straits Times