Must Share News – Independent News For Singaporeans
Home News 10 Fires Broke Out In Singapore In One Month Alone, Is Singapore... 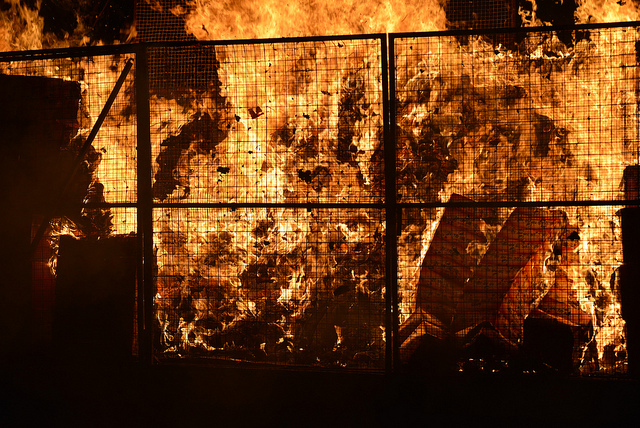 10 fires that made the news in the last month

Is it just me or does it seem like there is news of a fire breakout every few days? Just last month alone, there were at least 10 fire breakouts reported on the news. Flames lapped up houses, dormitories and even restaurants. Here are the 10 most recent cases of fire breakouts.

Man has to keep knocking to wake up neighbour sleeping in flat on fire http://t.co/Xi6cAriyGK pic.twitter.com/msji3Sj1Wc

A flat in Bishan was engulfed in fire as its unaware owner was fast asleep, home alone. Thick plumes of smoke were escaping the 12th storey kitchen at Block 122, Bishan Street 12 when a neighbour spotted the fire from the foot of his block and desperately tried to knock at the door. It took 15 minutes of unrelenting knocking to wake the sleeping lady who was drowsy from medication.

A car outside Rivervale Plaza was ablaze on Monday evening – but SCDF says the fire was extinguished using a water jet and no injuries were reported. http://bit.ly/1MWC1Jd(Video: Mr Andy)

50-60 people witnessed a raging fire ravage a car on a busy road outside Rivervale Plaza in Sengkang. No one was reported injured and investigations are still pending.

A fire broke out in the ventilation duct of Albert Centre at 4.20pm. 30 people were evacuated from the upper storey of the food centre while the rest cleared before SCDF arrived. It took 45 minutes to put out the fire and one was injured.

Some moments of the fire at Albert Centre earlier today @STcom pic.twitter.com/LSPbo8tIZy

A fire broke out outside the alley of Bushra Cafe, a Turkish restaurant in Bussorah Street in Kampong Glam in the early morning. Firemen put the fire out at the al fresco area within 10 minutes and two men were rushed to the hospital.

SCDF said the closet that caught fire contained three liquefied petroleum gas (LPG) cylinders. A chef was adjusting their gas cylinders as the gas supply was low. She accidentally opened an additional cylinder, causing gas to rush out and causing the fire to break out.

Neighbouring unit, Dapur Penyet’s electrical box caught fire too as it was located near Bushra Cafe’s closet of gas cylinders.

Three firefighters had to be rushed to the hospital after battling a fire that broke out at Choa Chu Kang Avenue 1’s construction site. The fire in the three-storey dormitory was extinguished within an hour.

A raging fire swallowed a house in the middle of the night in Yio Chu Kang, leaving two people dead and six other injured, including a firefighter. It took six water jets and more than one hour to put out the fire, which destroyed the house.

A fire broke out at a Jalan Waringin terrace house at early evening about 4.15pm. Smoke and fire spread through the roof of the corner unit and the fire then spread to the roof of house next to it. Three people had to be evacuated from the house and no one was injured. 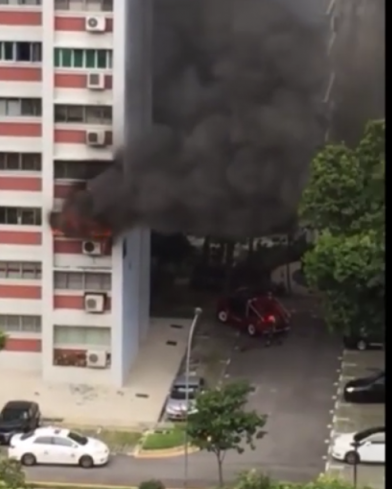 A fire broke out at Blk 110, McNair Rd in Balestier. 15 people had to be evacuated, but no injuries were reported.

A fire broke out in the master bedroom of a flat in Blk 376, Clementi Ave 4 on Sunday. Two loud explosions were heard as residents of the unit on the ninth floor evacuated. The windows of the flat shattered following the explosions, sending shards of glass crashing onto the ground. 50 others from the block also had to be evacuated, but no one was reported injured.

Smoke started billowing from the boot of a car before it burst into flames near Al-Muttaqin Mosque at 8pm. Thankfully, all four people in the car fled unharmed. The car went up in flames just one or two minutes after they alighted.

Rise in the number of fire calls

The spade of fire outbreaks got us questioning if there are really more incidences or is it just social media that is making news more prominent. SCDF statistics show that last year there was a massive increase in the number of fire calls by 14.2 per cent to a total of 4,724 calls to respond to fire were made between Jan and Dec 2014, hitting a five-year-high. In 2013, 4,136 fires calls were made. SCDF attributed the spike in 2014 calls to a dry spell and an increase in vegetation fires.

The cause of the recent fires are still under investigation. But with temperatures hitting at least 30 degrees throughout most of May and June, it looks like another dry spell.