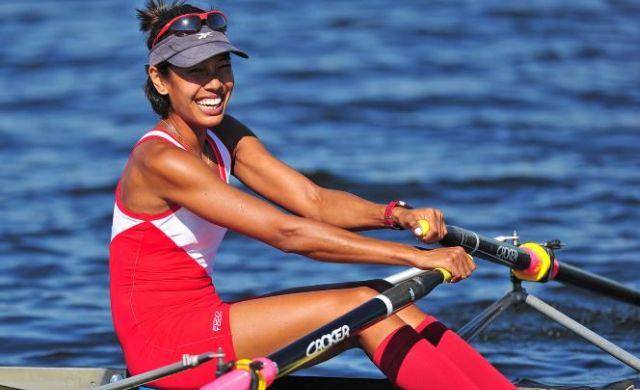 Saiyidah Aisyah qualifies for the Olympics

On Monday (25 Apr) Saiyidah Aisyah made history by becoming the first ever Singaporean rower to qualify for the Olympics.

The 28-year-old will be competing at the  2016 Olympics in Rio de Janeiro, Brazil later this year after she won the Final B and seventh overall in the women’s 2,000m single sculls event at the at the Fisa Asia and Oceania Continental Olympic Qualification Regatta.

Only the top seven rowers would qualify for the Games in Brazil. According to local media, they include all six competitors in the A final Indonesia, Iran, South Korea, Vietnam, Taipei, Kazakhstan and the winner from the B final, Saiyidah.

For Saiyidah, winning the SEA Games gold in individual rowing in 2013 is hard work paid off. The former Student Development Officer at Ngee Ann Polytechnic left her job in August last year to move to Sydney to train full time, according to local media. She had used up most of her savings and had to set up a crowdfunding campaign to sustain the dream. Her entry into the Olympics is testament to how it all paid off.

With reference to Yahoo News
Featured image via SG Daily