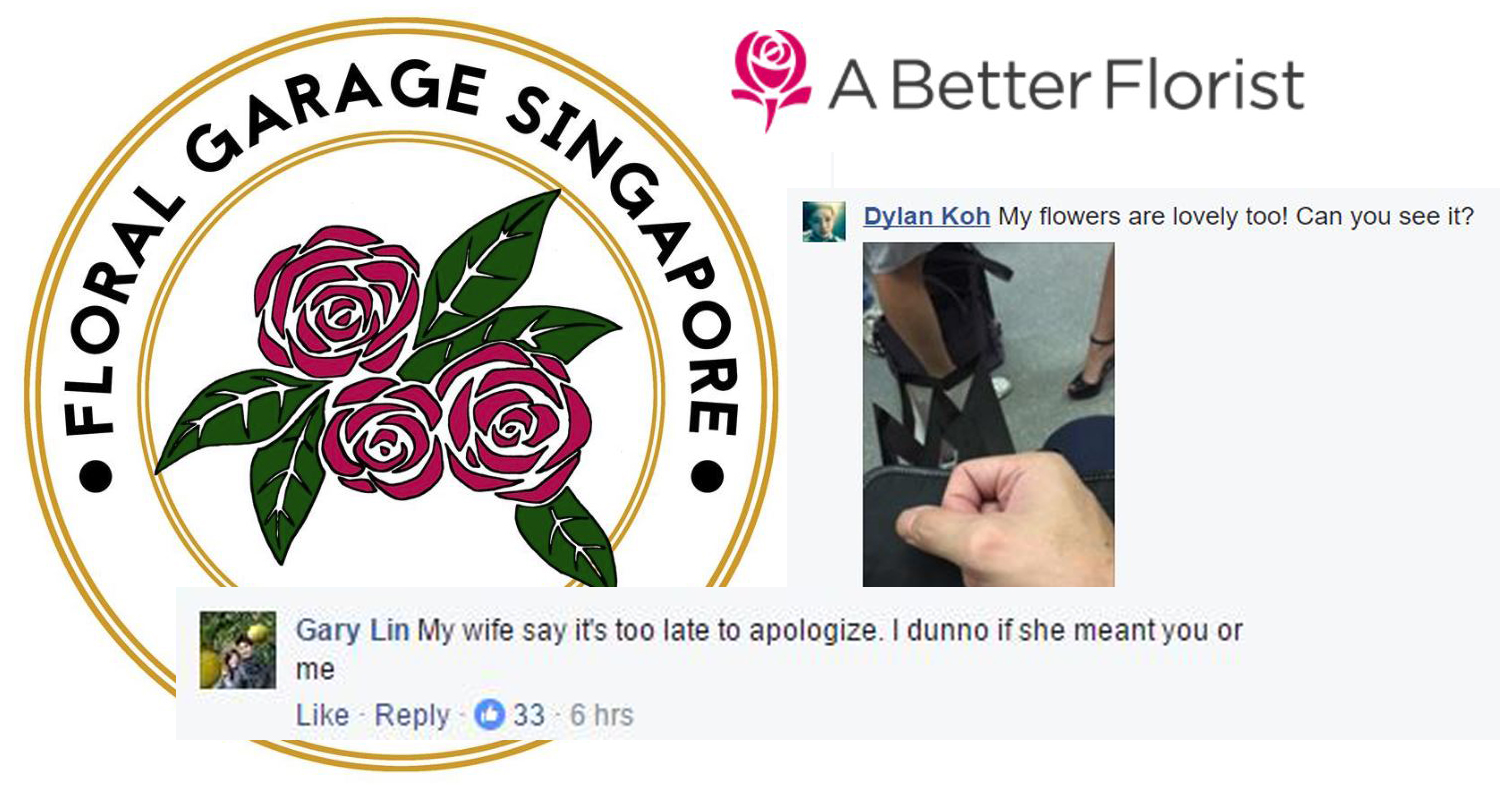 While lovebirds across Singapore celebrated Valentine’s Day on Tuesday (Feb 14), spare a thought for the hundreds of people whose romantic plans turned disastrous when their flowers failed to arrive, or arrived short of expectations.

Two local florists either sent flowers that failed to meet their customers’ standards, delivered the flowers later than the requested time, or failed to deliver the orders completely. One of them estimated that some 200 customers had been affected.

On what is the biggest day of the year for florists, who typically receive a flood of orders, both A Better Florist and Floral Garage Singapore ended up receiving a flood of complaints instead on their Facebook pages: 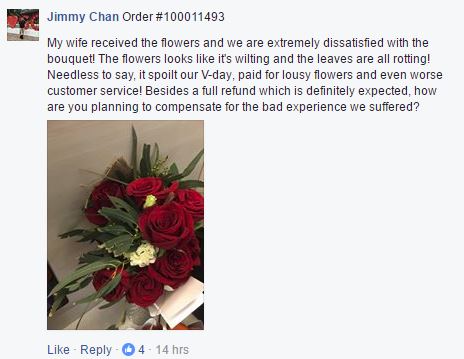 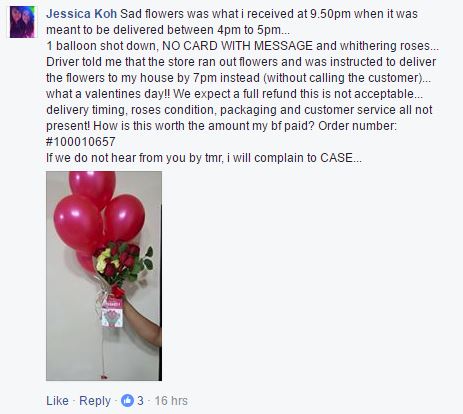 Other commenters pointed out that a Facebook post with multiple complaints was deleted by A Better Florist. 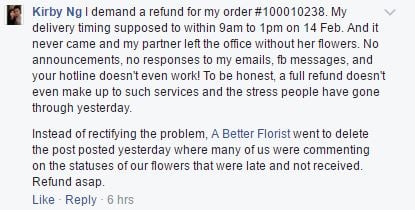 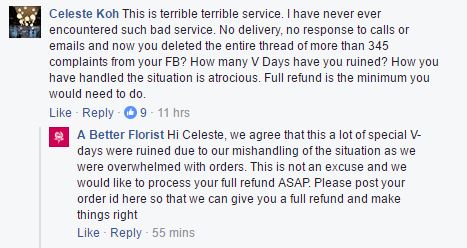 One commenter laid out what went wrong with the entire operation — the demands were too high for A Better Florist to meet, as they were severely lacking in manpower. 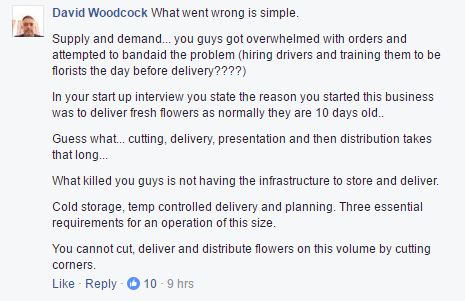 The best post was from this customer whose order didn’t get through, injecting some gallows humour into the thread:

Here’s a message posted by A Better Florist on Facebook, apologizing to disappointed customers: 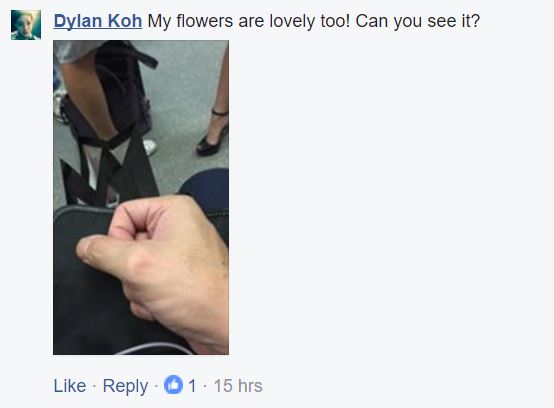 Facebook user Adrian Poon addressed his post to the co-founder of Floral Garage Singapore, Mr Jonah Tan, voicing what could be on the minds of hundreds of customers they had failed.

Amid the tension, one kind commenter gave Floral Garage Singapore advised other customers to cut them some slack, given the good experience he had with them the last time round.

Here are the apologies that Floral Garage posted on its Facebook page. One of them estimated that some 200 customers had been affected:

Well, we can think of a possible way to avoid all this drama next year — vegetable bouquets.

Flowers are so passe, and they wither and die, so one might consider getting vegetable bouquets from “Ah Seng”, an elderly uncle who sells vegetables at a Pasir Panjang market. 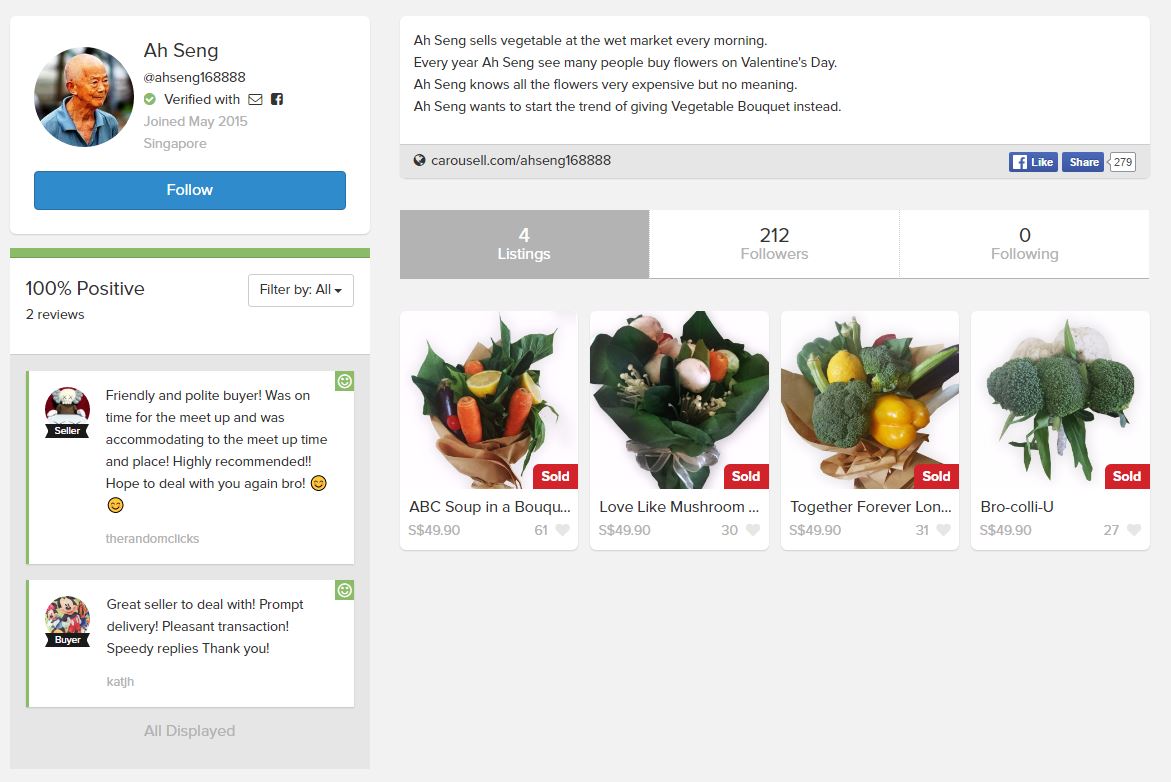 The elderly man even has a Carousell account that features four types of vegetable bouquets he puts together by hand — this is bound to put a smile on your valentine’s face!

What takes the cake are the descriptions for the bouquets, which are no less creative too. Here’s one for “ABC Soup in a Bouquet” ($49.90):

And as for delivery — well your bouquet can’t be delivered late when there’s no delivery. 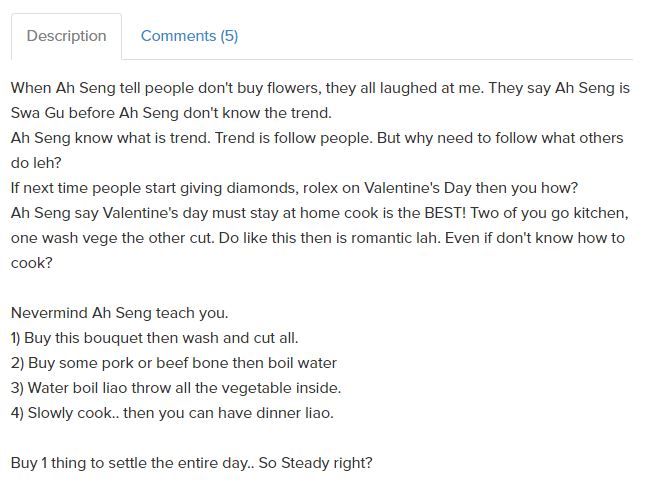 What could be more reliable than self-delivery? As Ah Seng puts it:

Ah Seng no car.. so need to come down to the wet market find Ah Seng alread[y]

No more fussing over late / missed deliveries with Ah Seng!

We hope those who had their Valentine’s Day messed up can have some comfort; Valentine’s is not just about flowers, but the love you have for each other.

Read our story about a nurse couple who epitomizes the true spirit of Valentine’s Day.

Featured images from Floral Garage Singapore and A Better Florist