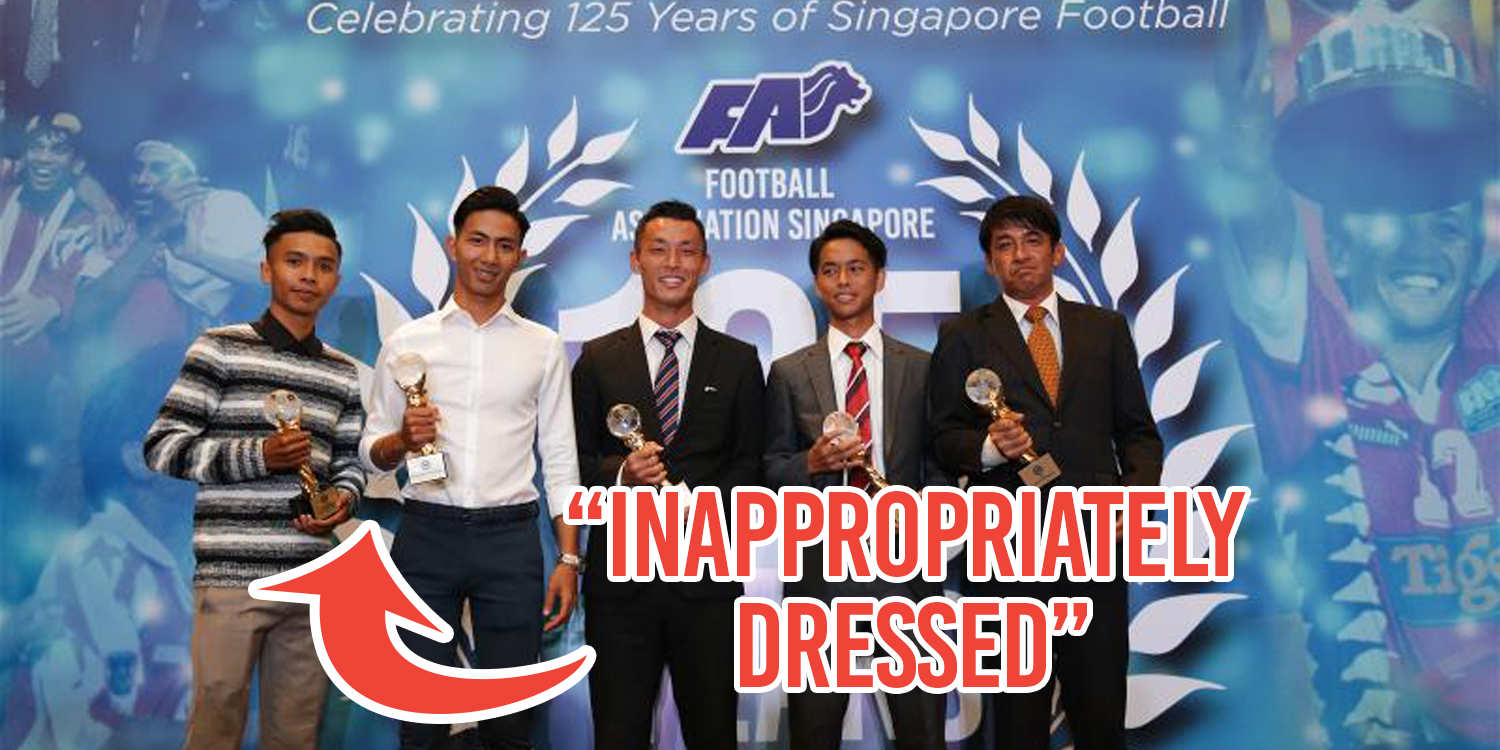 This is especially so if said event – held at Marina Bay Sands nonetheless – was a formal awards ceremony dedicated to recognising outstanding achievements and showing appreciation. 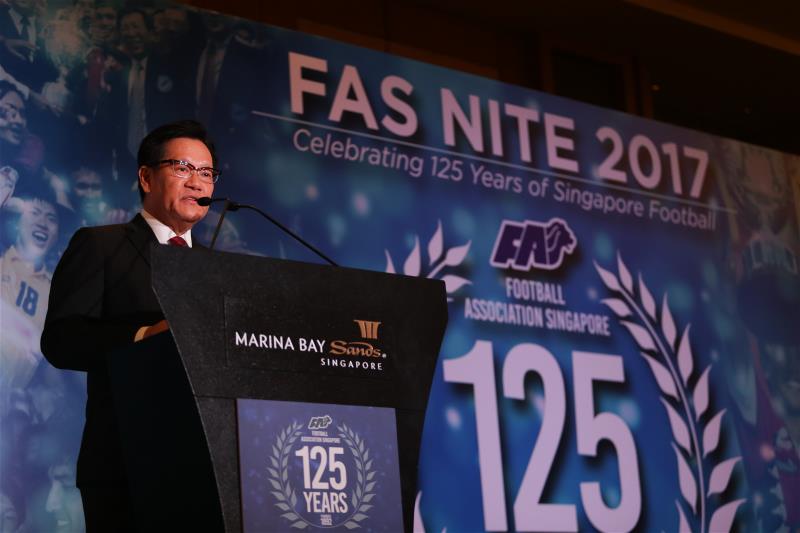 Here’s a question – if you were attending an awards ceremony held at a fancy location with the dress code stated as “suit and tie”, what would you wear?

If you picked a striped sweater, congratulations. Because that’s exactly what one of the Singaporean winners wore at the Football Association of Singapore’s (FAS) inaugural FAS Nite 2017.

That’s why people write in to TODAY Online and complain la. 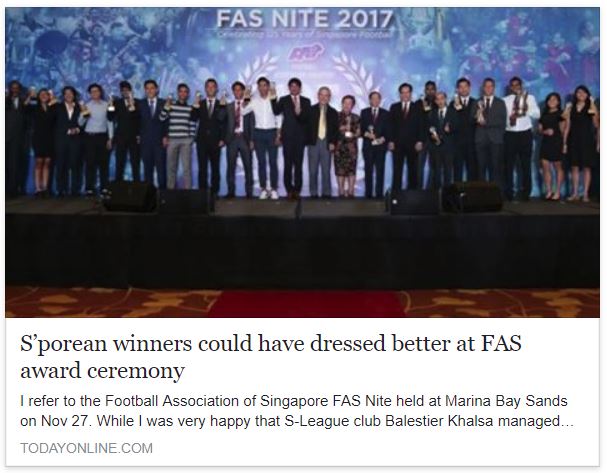 Dressing inappropriately at a prestigious event

A total of two Singaporeans were called out by Agri-Food and Veterinary Authority (AVA) deputy director Sebastian Tan, for displaying a lack of professionalism and respect to the organisers of the FAS Nite.

Furthermore, he felt the incident revealed that the local players did not possess the “mindset or behaviour of professional footballers”.

So what were the heinous actions that got Mr Tan so upset? During the prestigious event, both players had – wait for it – dressed casually.

Let’s take a closer look at their crimes — against fashion, that is.

First up is Hazzuwan Halim, who was named Young Player of the Year — but that’s clearly not as important as what he was wearing.

Just look at his attire — if you can, that is.

This youngster actually had the nerve to don a striped green sweater and chino pants.

He might as well spit on the faces of the organisers at this point — at least that’s more respectful than wearing a pullover.

Next up is Huzaifah Aziz, who had scored the Goal of the Year — but what’s more important in football, scoring goals or dressing nicely?

To be fair, his attire isn’t really that bad. Just throw on a blazer and tie and he’s good.

We don’t really see what’s wr- oh no, we see it now. Just take a look at his shoes.

Why can’t our players be more like the Albirex Niigata coach and players who – according to Mr Tan – exemplified the mindset and behaviour of a professional footballer?

Just look at how dapper they are.

After all, they won the S-League this year and dressed sharply for the awards ceremony — coincidence? I think not.

This is why we never win things, because we dress too casually.

Dress better next time we guess

Now we know what you’re thinking: why in the world would someone get upset – let alone bother – with their attires to the point of writing in an article to TODAY Online to complain about it?

Well, we here at MustShareNews sees his complaint and raise it with an article of our own.

We’re now writing to complain about him complaining about the players’ attires during FAS Nite.

So the next time you’re invited to such events, do remember to dress appropriately. 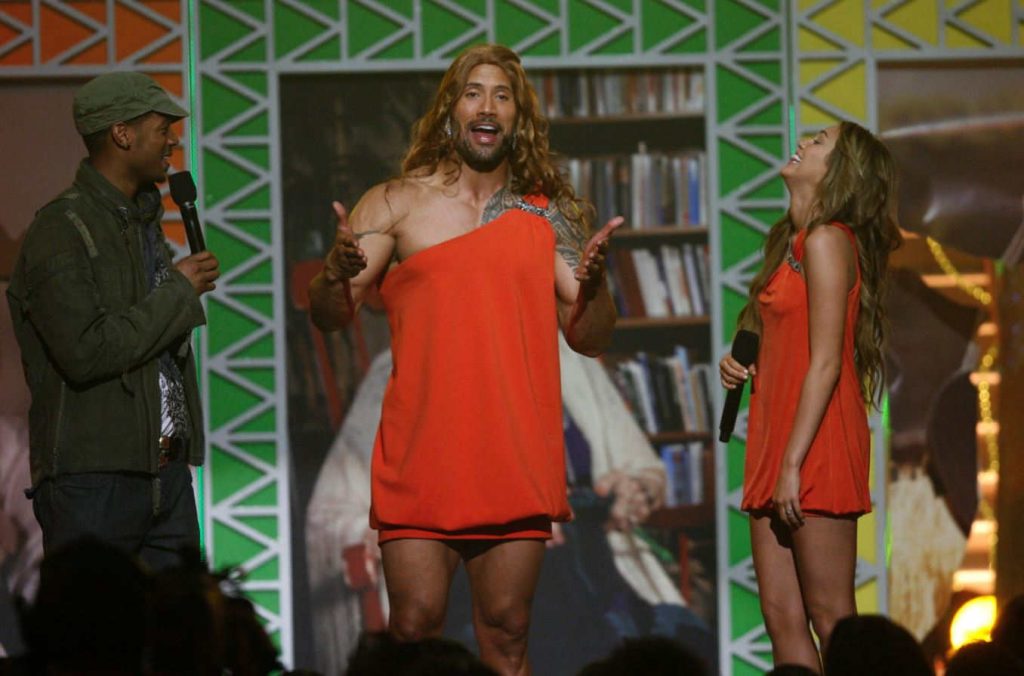 Write a letter to the papers about you. 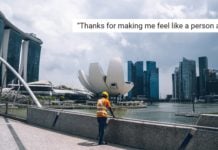 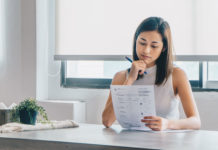