Must Share News – Independent News For Singaporeans
Home News Latest News This Is The Foreign Worker Who Saved The Baby From The Second... 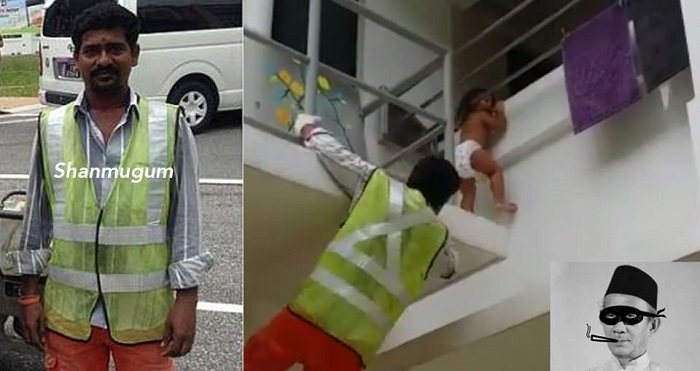 His name is Shammugun, and his upper body strength is amazing

What were you doing yesterday (23 April) afternoon?

While you were probably spending your time thinking about weekend plans, this foreign worker showed Bruce Wayne-levels of strength to hoist himself up to a second floor parapet to save a stuck baby.

That man swings up to the second floor with more grace than me waking up in the morning.

The story was initially broken by local blog Alvinology, who then asked for help in identifying the worker.

Eyewitnesses ran up to knock on the door of the flat in Block 371 of Jurong East Street 32, but there was no response. It is still not known how the toddler crawled out and got her head stuck between the metal rails.

According to a Straits Times report, hero S Shammugun Nathan was carrying out some road repairs before popping up to save the baby. He did it not for the headlines, but simply because something had to be done.

SMRT Ltd (Feedback) quickly inducted Shammugun into the Vigilanteh Hall of Fame. We wonder who else has been featured into such hallowed halls. 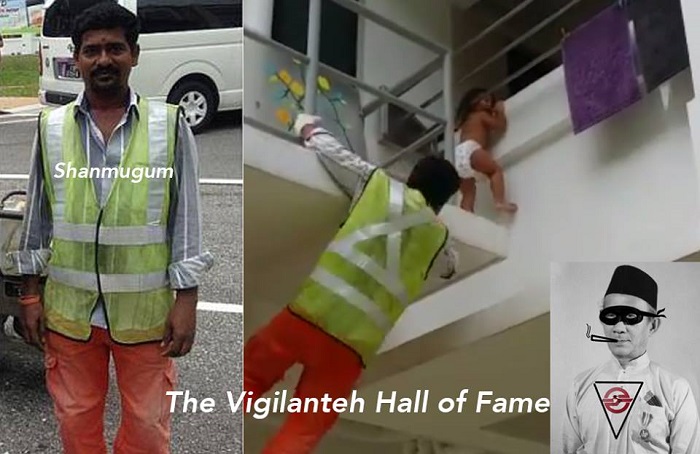 Shammugun and his colleague, P Muthukumar, who also helped rescue the trapped baby, received the SCDF Public Spiritedness Award in recognition for their efforts.

The duo also appear to have been gifted NTUC Fairprice vouchers.