Today (28 Aug), Singaporeans First (SingFirst) has finally unveiled five of their 10 candidates to be fielded in GE2015. The announcement was made by SingFirst Secretary-General Tan Jee Say at 11am at their Tras Street headquarters, SF Ops Centre.

Unsurprisingly, Tan himself is one of the candidates.

Besides Tan, the four other faces will be making their election debut come 11 September. They are: Chirag Desai, Fahmi Rais, Melvyn Chiu, and Wong Chee Wai.

SingFirst also introduced their slogan for the upcoming GE: Restore Our Nation. The party intends to take on the incumbent in Jurong and Tanjong Pagar GRC.

All the five candidates are master degree holders, with Melvyn Chiu being one of SingFirst’s youngest candidates to be fielded in the upcoming polls.

MustShareNews takes a look at who they are: 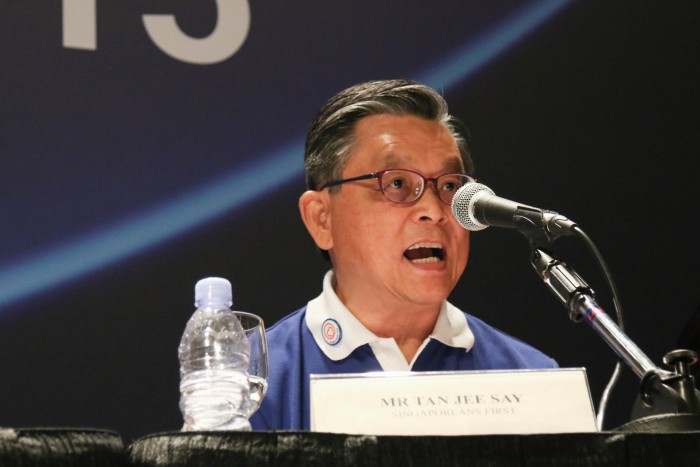 From 1979 to 1985, the former civil servant worked in the Ministry of Trade and Industry, and five years as then-Deputy Prime Minister Goh Chok Tong’s Principal Private Secretary.

He is a market risk manager and has worked at international banks in Singapore and New York for the last 12 years. In 2003, he graduated from The Columbia University in New York with a master’s degree in financial engineering. The active community leader is not only secretary of his neighbourhood committee, but also a volunteer for Red Cross and SINDA activities. 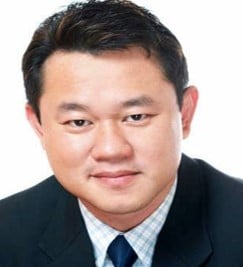 He is a trainer and communication and media consultant. The broadcast veteran has also established himself after launching and leading cable and free-to-air channels. For the last 26 years, the former Young PAP member has been actively involved in grassroots, community and youth organisations in leadership positions.

Fahmi is married and has four children.

Chiu is a sales executive in an MNC. The University of Canberra graduate has a Bachelor’s Degree in Business Administration and proceeded to procure a Master’s Degree in International Business at Monash University.

Chiu’s decision to join politics came after his observation of how PMETs are affected by current government policies and hopes to be a voice for those affected.

The IT consultant has worked for over 13 years in MNCs like HP and Fuji Xerox. He has a Master’s degree in Information Studies at Nanyang Technological University. Last year, he embarked on his PhD, but eventually suspended it to enter politics. In his spare time, he tutors children from lower income families.

That’s all we know for the first batch of SingFirst’s candidates.

At 11am tomorrow, the party will be announcing part two of their candidates. Save the date!