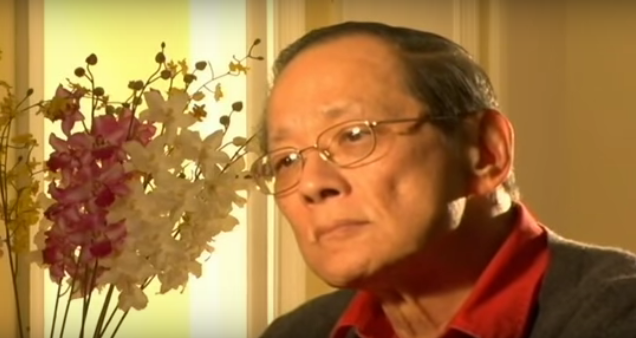 Former Solicitor-General, Law Society President, and ISA detainee Francis Seow has passed away at the age of 88 in Boston, where he had been living in exile.

Chee told Yahoo Singapore that he got wind of the news through Seow’s relatives, and that Seow had “apparently” died of pneumonia.

Over the years, Chee and Seow corresponded through email. 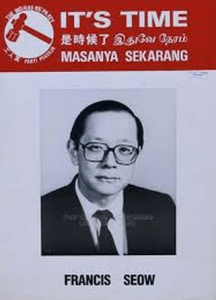 In 1956, Seow joined the Legal Service. In 1969, he was promoted to Solicitor-General and held office until 1971. He served directly under then-Prime Minister Lee Kuan Yew and rose to the position of a senior counsel to a Commission of Inquiry during the Secondary 4 examination boycott in 1964, before the merger with Malaysia.

For his efforts, Seow was awarded the Public Administration (Gold) Medal but eventually decided to go into private practice in 1972.

In 1976, he was elected as a Council member of the Law Society and subsequently became its President in 1986.

His new appointment led to a fall out with LKY over the role of the Law Society. Seow wanted the Law Society to comment on legislation passed by the government, which meant that they would become a watchdog of legislation.

Many members in the legal profession became active and took the Society’s statutory duty to comment on legislation seriously. The Newspaper and Printing Presses Amendment Bill 1986 – which sought to restrict the sale of foreign publications – was one of the bills that the Society criticised, and sparked debate from members of the public.

As a result, LKY passed an amendment to the Legal Profession Act under Section 38 (1) depriving the Law Society of any power to comment on any legislation unless asked by the government.

In 1987, the government arrested 22 people involved in the “Marxist Conspiracy” under the Internal Security Act (ISA).

On 6 May 1988, Seow, who was representing detainees Teo Soh Lung and Patrick Seong Kwok Kei, was arrested when he was waiting inside the Internal Security Department headquarters to meet his clients. He was accused of receiving political campaign finance from the US to promote democracy in Singapore, which led to him being detained without trial for 72 days under the ISA. In Seow’s semi-autobiography To Catch a Tartar: A Dissident in Lee Kuan Yew’s Prison, he wrote about his experience of being detained and accused the Singapore government of “authoritarianism” and “abusing human rights under then-PM Mr. Lee”. He claimed that he was tortured, sleep deprived and subjected to intense cold conditioning during detainment.

Seow was released prior to GE1988 and contested the Eunos Group Representation Constituency under Worker’s Party and garnered a respectable 49.11% of valid votes, losing marginally to PAP.

Seow left for the United States for health treatment while awaiting trial for alleged tax evasion. He disregarded several court summons to return to stand trial, and was eventually convicted in absentia (where a person on trial is not physically present).

Seow took up American citizenship, and spoke at events organised by Singaporean student societies in universities outside of Singapore.

On 8 October 2011, Seow publicly addressed a forum by SDP via teleconferencing. The event was investigated by the Singapore police on the following day for its legality. He also became a Visiting Fellow at Yale University and later at Harvard University’s Department of Asian Studies. He wrote several books, including To Catch a Tartar: A Dissident in Lee Kuan Yew’s Prison, The Media Enthralled and Beyond Suspicion? – The Singapore Judiciary, and resided in Massachusetts, Boston, until his demise. He is survived by two sons and two daughters.

Here’s more about the man your Social Studies textbook forgot to tell you about, in an interview with filmmaker Martyn See in 2011.

Featured image via YouTube
With reference to Wikipedia, Remembering 1987, Wikipedia