Looks like local taxi drivers just can’t forgive Mr Gary Lim, the boss of The Yang’s Traditional Hainanese Chicken Rice, who was embroiled in a nasty dispute that was caught on video last week, where he was seen mocking a taxi driver and counting out $1,000 notes in front of him.

He was remorseful for his actions, and offered taxi drivers free chicken rice on Tuesday (May 2), reported The Straits Times. But few cabbies seem to have taken the bait.

When MustShareNews went down to The Yang’s outlet on 562 Serangoon Road at about 3.30pm on Tuesday, this was the bustling scene that greeted us: 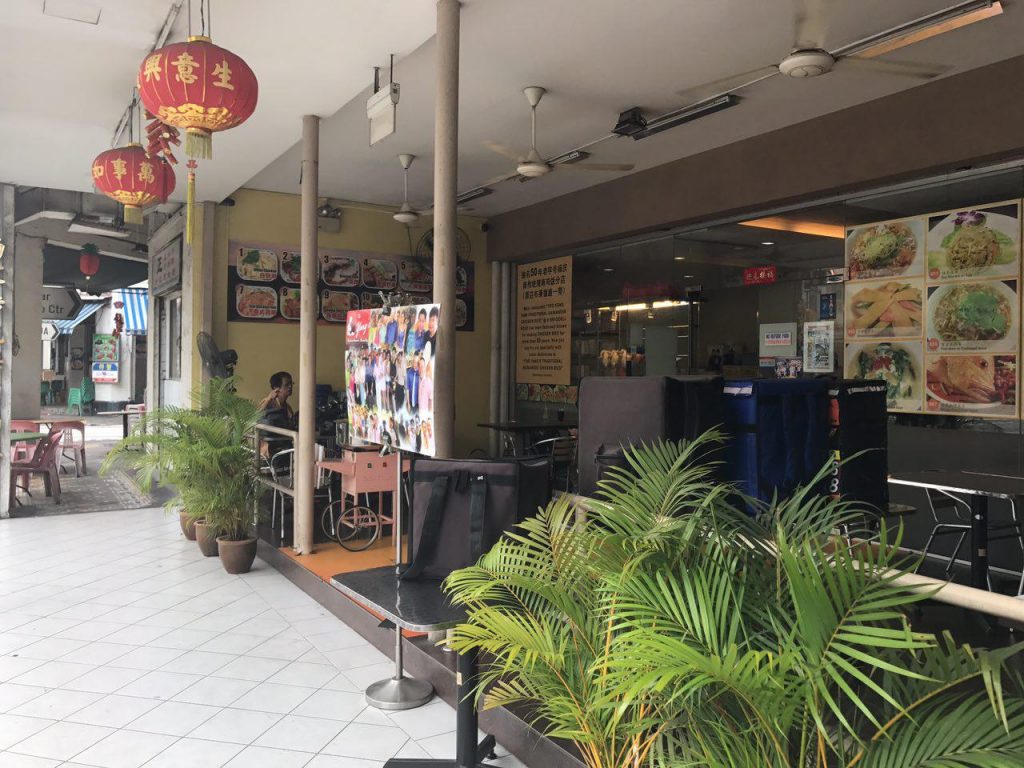 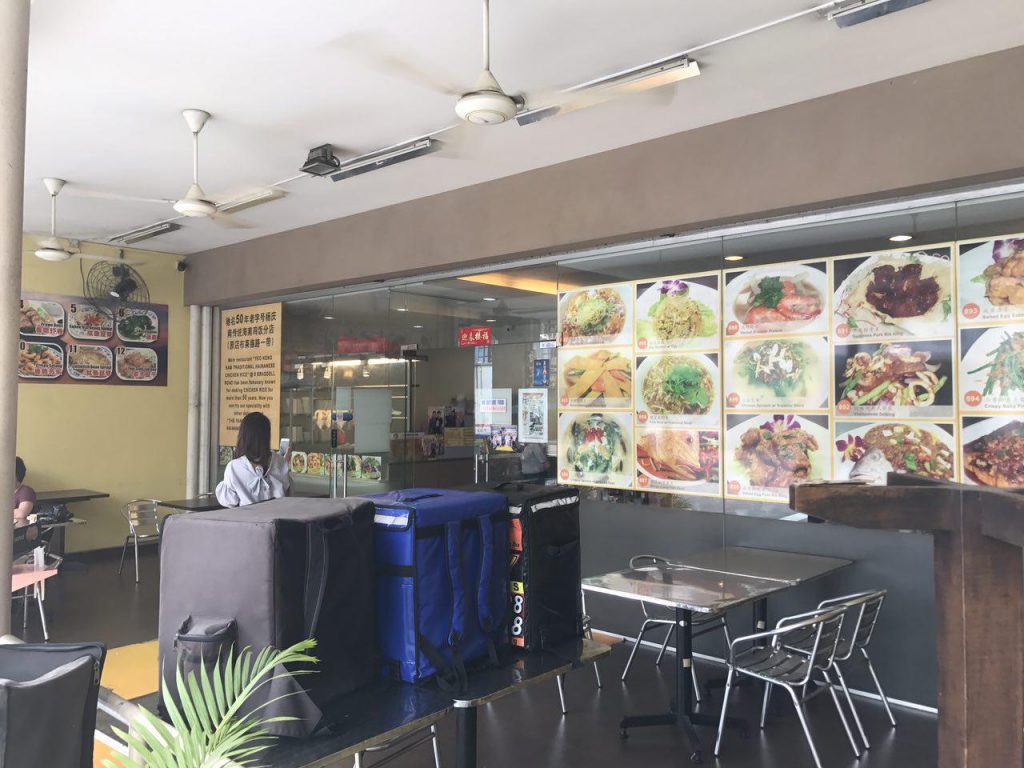 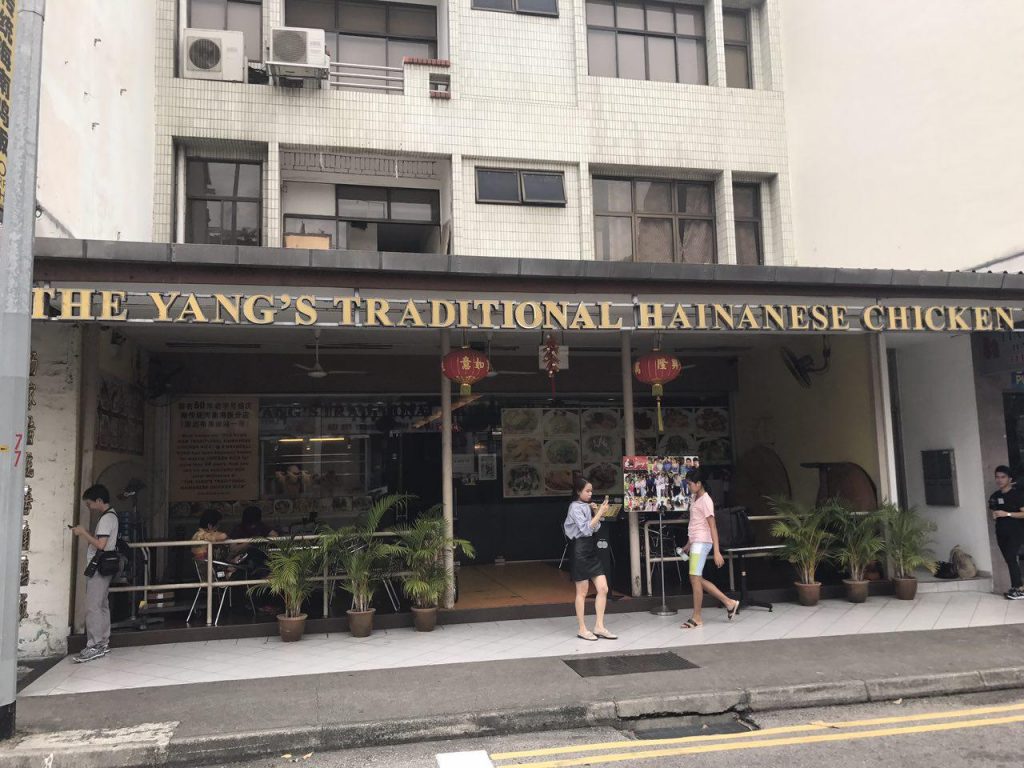 Here’s a time lapse video taken at the scene:

In fact, there were more reporters there to observe the proceedings than there were cabbies coming to collect the free chicken rice. 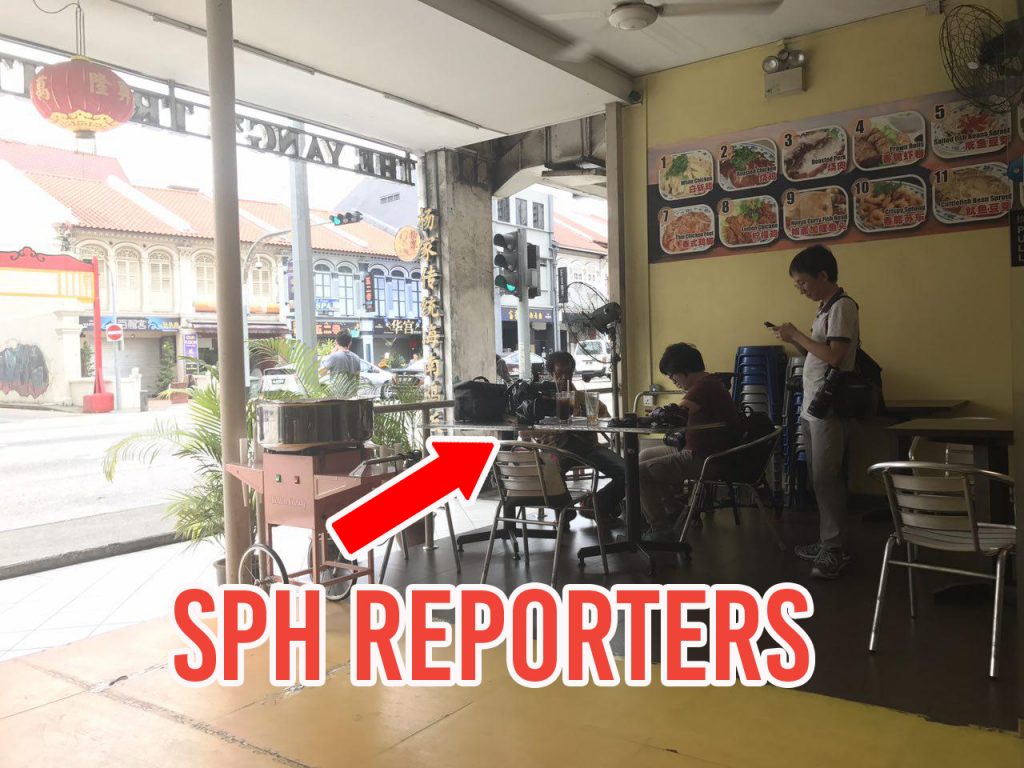 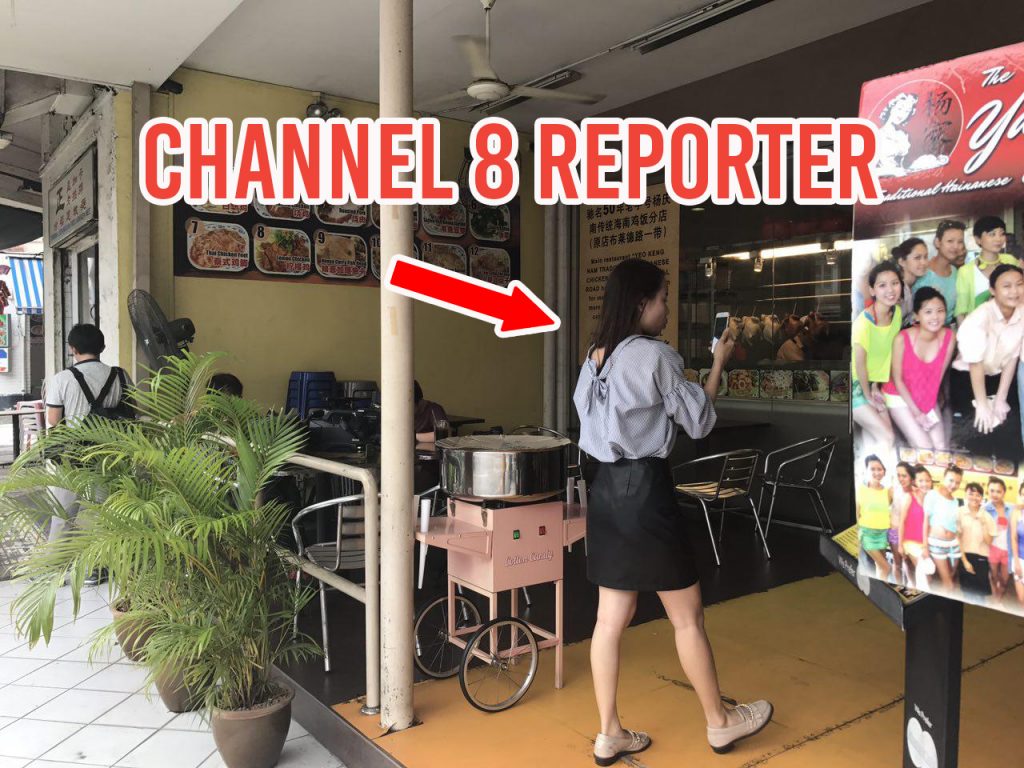 Over at the outlet at 8 Braddell road, things were equally at a standstill when MustShareNews went down.

There were absolutely no customers in the store when we arrived at 4pm. 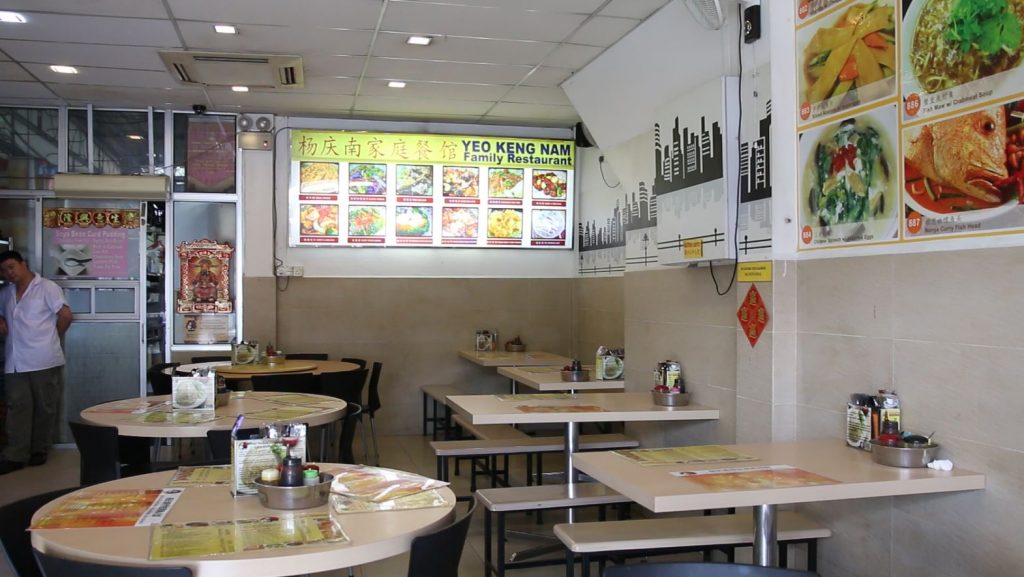 During our time there, we saw only 3 cabbies taking up the offer. Here’s one of them: 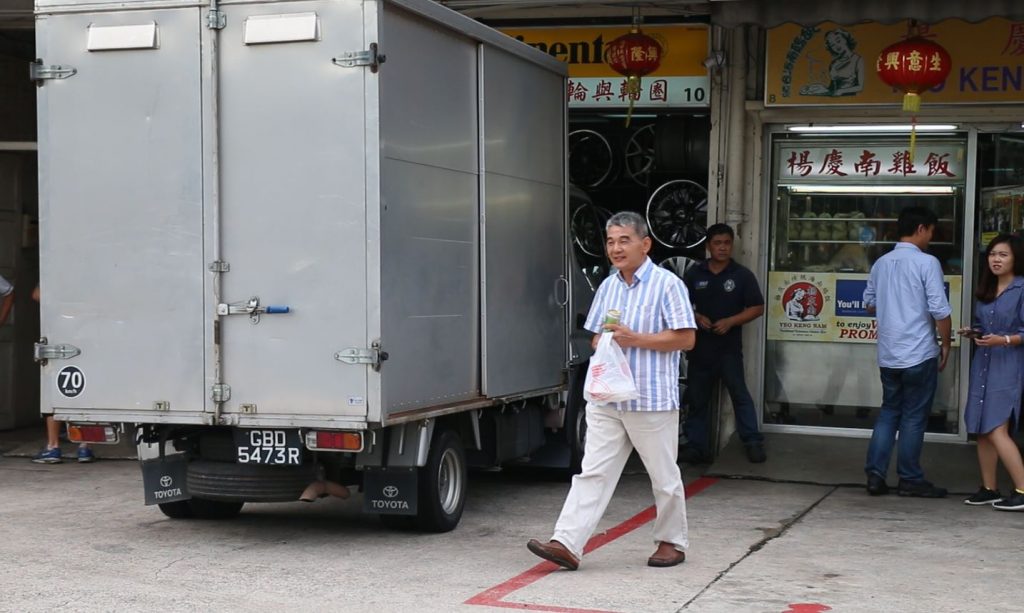 In an interview with the head chef “Chuan”, he revealed that the store had actually prepared 300 packets of chicken rice, and that the offer was valid till the end of the day, despite what the ST report said. 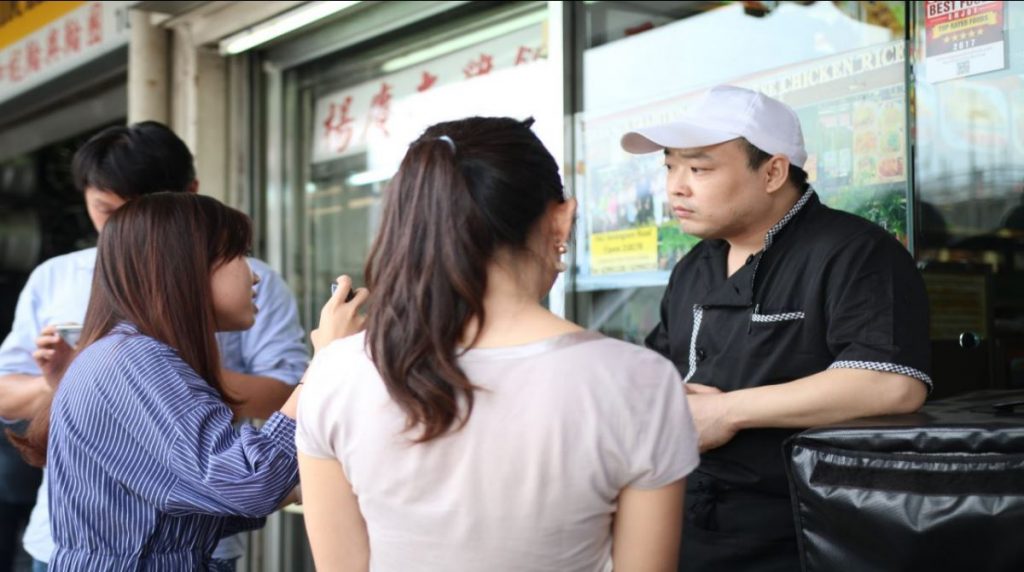 The chef also revealed that his boss was in an intoxicated state when he made those demeaning comments, and that he was extremely remorseful for his actions.

He also claimed that business at the eatery was not affected, contrary to what many netizens had speculated.

And despite the ST report saying that just 200 packets of free chicken rice would be given out only from 3pm to 5pm, the head chef of the Braddell Road outlet said he would be giving out free chicken rice to cabbies all day today, and the cabbies don’t have to show any identification — they can be seen pulling up in a cab.

The staff at the Serangoon branch confirmed that the free chicken rice would be unlimited all day, and it would even come with a free drink.

The boss, however, was nowhere to be seen at both branches.

A cabby that MustShareNews spoke to outside the outlet said that taxi drivers believe that if they took it, they would be “betraying” the cabby community.

The angry comments on The Yang’s Facebook page and the Facebook page of Yeo Keng Nam Traditional Hainanese Chicken Rice, which is the name of its Braddell outlet, said as much about the mood of the public.

There were a few cabbies who did come to collect the chicken rice though.

And sure enough, they became another target of people’s fury.

This one interviewed by the Shin Min Daily News was slammed in the comments to the video:

Looks like it will be a while yet before Mr Lim can be forgiven by the taxi community at large.

But no fear — MustShareNews saw a tour bus pulling up to the outlet as we left, so we think their business will be just fine if they cater to tourists.

In case you need reminding, this is the video of Mr Lim that went viral.