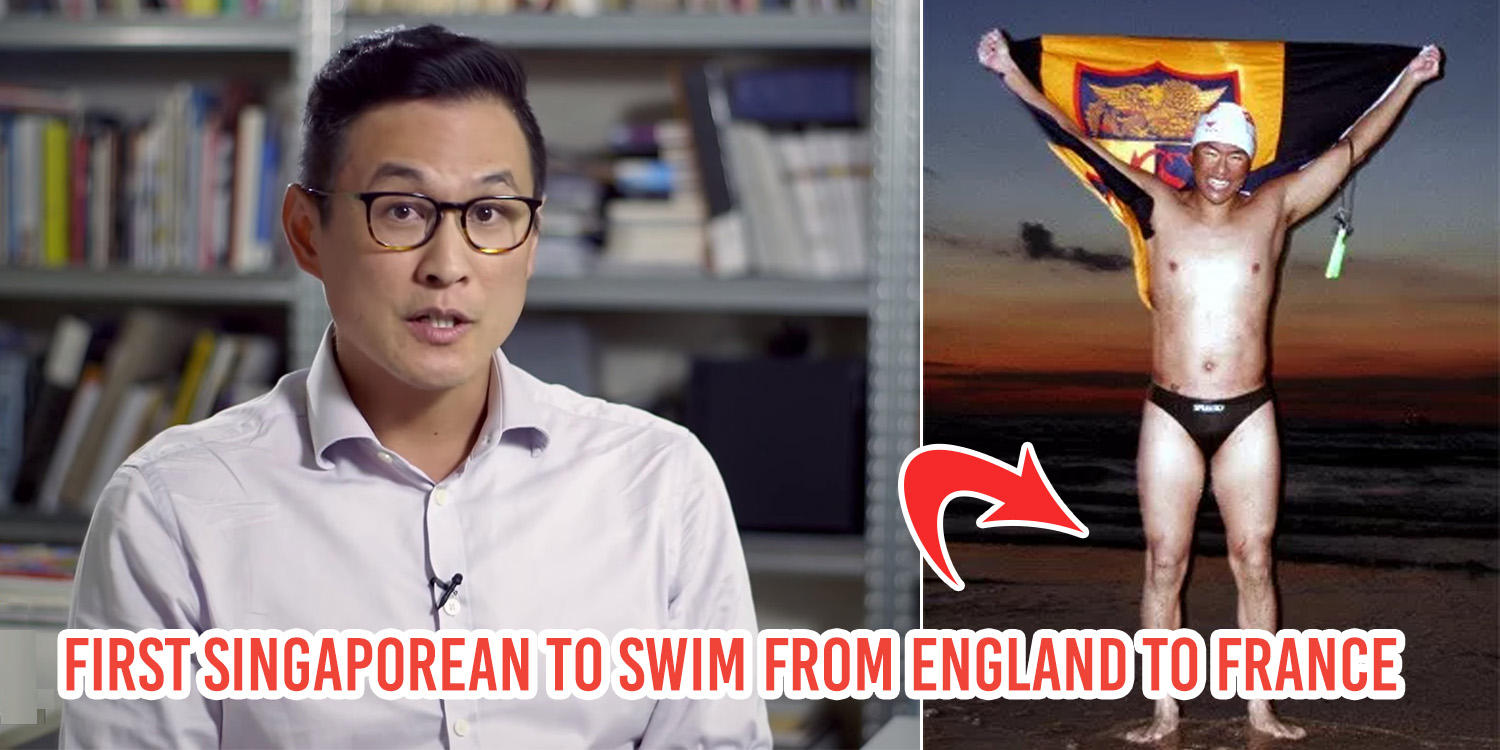 The frequently outspoken historian was last seen at a hearing of the Select Committee On Deliberate Online Falsehoods, where he engaged Law Minister K Shanmugam in a debate spanning 6 hours last Thu (29 Mar).

This came after his written submission to the Select Committee, where he argued that no new legislation was needed.

He also recommended that the Government educate Singaporeans to act with more discretion with regards to fake news, and to constrain the ability of politicians to spread “fake news”.

At times in the marathon-length debate, PJ was left looking like this:

Here’s some things you should know about the former lecturer at the National University of Singapore.

1. He is an Olympian

The historian isn’t all brain. Far from it, actually.

In his varsity days, PJ Thum was a member of the Singapore national swimming team, representing the nation at the 1996 Summer Olympics in Atlanta.

However, this isn’t even his most impressive feat in water.

2. He is the first Singaporean to swim the English Channel

Yes, PJ was the first Singaporean to travel from England to France in only a pair of swimming trunks.

Traversing 34 km of open ocean in 12 hours and 24 minutes, his feat also helped to raise funds for the Methodist Schools’ Foundation and Action for Aids Singapore.

The fact that this happened almost a decade after his outing for the Republic at the Olympics makes it even more impressive.

And of course he flew the AC flag high. The best is yet to be.

Any entry in PJ Thum’s educational resume would be a highlight for anyone else.

I mean, just take a look:

4. He boldly claimed that the PAP has spread falsehoods and “hitherto escaped sanction”

One thing that many people caught onto was his assertion that Singapore doesn’t have a problem with fake news – except with regards to the People’s Action Party.

He was talking about Operation Coldstore, which was the main subject of Mr Shanmugam’s questioning in Parliament.

Perhaps it was this written submission that earned him his ticket to testify in front of the Select Committee.

Although PJ probably didn’t expect to talk about history for the better part of his time in Parliament.

Yup, PJ weighed in on the Lee family drama too.

He appeared in a video interview with Reuters, where he held no punches and let’em have it, particularly criticising the climate of fear created by the late founding Prime Minister Lee Kuan Yew.

Here’s a full overview of what he said:

6. He runs a podcast called The History of Singapore. He also has resources for history enthusiasts; Patreon.

He may not be lecturing in Singapore any more, but his love for speaking shines through in his podcast.

Across 50 episodes, he talks about differing aspects of Southeast Asian history.

His voice combined with the subject matter make his podcasts the perfect companion for a long drive or a daily commute.

However, his podcast seems to have ceased. The last episode was released on 7 October 2016.

7. He has a pretty good impression of a typical Minister in Parliament

When local Youtuber Vinny Sharp set out to prove that Singaporeans weren’t unemotional, PJ Thum was one of the many familiar faces appearing in the video.

In a short cameo, interspersed with Adrian Pang talking about his pubic hair, he airs a grievance that many Singaporeans share.

It is also one that bears much relevance, even today.

Say, anyone in the mood to say “sorry”?

8. He is the Managing Director of an alternative news site (New Naratif)

One of the the many hats PJ Thum wears is as the Managing Director of New Naratif, which describes itself as a platform for journalism, art, research, and community-building for Southeast Asia.

Incidentally, New Naratif is also the home of cartoonist Sonny Liew, who has attracted much attention for his on-point political cartoons, such as this:

9. He will never work in Singapore as an academic again

When Al Jazeera’s new documentary entitled Singapore: The House That Lee Built was released, we were able to spot many familiar faces.

A certain ex-Olympian and current acacemic was one of them.

In the video, he revealed that his predilection for speaking out against the Government has cost him rather dearly.

Here’s the full quote reproduced below, courtesy of u/raistanient on reddit.

I used to work for the National University of Singapore and after I started publishing and giving lectures about my research which proved that Mr Lee Kuan Yew had lied about his use of detention without trial from the 1960s onwards, I was privately informed by someone senior in the university that I would never be able to work in Singapore as an academic, as part of the formal academic system again.

10. Han Hui Hui once attended a lecture of his

There’s a video uploaded on YouTube titled The Myth of Singapore Exceptionalism – which depicts a lecture conducted by PJ Thum in Singapore.

In the video, he states that meritocracy exists within Singapore – it’s just that it’s confined to fierce competition between those with “elite” standing in Singapore.

The strongest determinant of elite status in Singapore is proximity to the inner circle of PAP leadership.

At about the 9-minute mark, he mentions the CPF – and gives a shoutout to “Hui Hui”, a certain person in the audience who is “organising a protest every week against it”.

It’s unlikely that there are other activists named Hui Hui walking around protesting against the CPF – unless perhaps he met her alter ego?

11. He has a brother, who was also a national swimmer

It seems that PJ’s athletic and scholastic genes were passed on to this brother too.

His younger brother, Thum Bingming, is also stated as a member of the Singapore swim team, although it is unlikely that he is still an active member in competition.

While older sibling Ping Tjin was an Oxonian, Bingming is no slouch either. He is an alma mater of Cornell University.

According to his LinkedIn page, he worked as a winemaker in the USA for several years before returning to Singapore, where he is currently an ad operations executive. 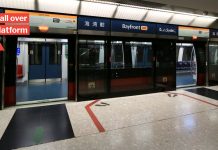