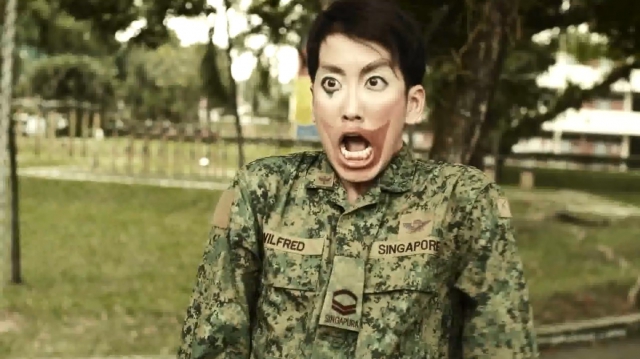 Some Ads Are So Bad, They Are Good

Public service advertisements are not easy to come up with. Governments have to do it because some citizens need reminders to not drink and drive, or not touch random strangers. Sometimes they try to get creative, because otherwise how would else can you compete with the hot bods in posters plastered over every brand’s commercial?

Sometimes they manage to tickle our funny bone. Other times, the public service ads leave us wondering what did we just watch. For your viewing pleasure, here are some outrageous public service advertisements that got our attention.

This poster appeared at bus stops and threatens to give creepy men “stiff penalties” for molestation. It also tells women to have someone escort you when it’s late, somehow blaming the victim for molest. What’s more awful? The photo or the pun of a headline?

I cannot get this out of my head even after all these years. But it’s drop dead hilarious so I don’t mind “SARs is the virus, that I just want to MINUS”

After that Phua Chu Kang was called to belt out his rap for LTA too. He reminds Singaporeans to be gracious while traveling.

The ad by NCPG used World Cup 2014 to highlight the dangers of soccer betting. It originally shows young Andy telling his friend: “I hope Germany wins. My dad bet all our savings on them.” This backfired when Andy’s dad hit jackpot after Germany won Brazil 7-1.

Fortunately, the quick-thinking folks at NPCG came up with an update to their advertisement to convince people that gambling does not pay off.

5. Singapore Armed Forces’ Be A Man

Patriotism gets dramatic in this advertisement when a man gets called for duty. But what else could you ask for when a clown gets mobilised for the army?

The catchy transport jingle featuring the Dim Sum Dollies caught our hearts and attention. And with consistent news of crazy aunties  screaming on board trains this tune will never go out of plus. Plus, it was pretty entertaining to hear Dim Sum Dollies sing through the speakers on arrival of trains.

This NEA Dengue ad campaign was actually pretty effective. The campaign created a monster persona of the mosquito, warning people of its lurking danger. Cue in the creepy music and you feel eerie just watching the video, right after you turn over than pot with stagnant water.

A advertisement panel featuring the dangers of phone scamming was fitted with a phone that randomly rang as civilians walked past. Pick up the phone and the voice tells you that your child has been kidnapped. What?

Well, the entire premise wasn’t very believable, since the advertisement was there for all to see. Nevertheless, it was pretty entertaining to watch the reactions of those tho picked up the phone.

“Your child is with me, pay up or else…” Have you received a similar phone call? Stay vigilant against kidnap…

9. Anti-Smoking ad that scared the kids

The ‘Quitting is hard. Not quitting, is harder’ anti-smoking campaign in 2007 made stomachs churn every time it was aired. The 2007 campaign was probably one of the most gruesome looking ads run by the Health Promotion Board. Effective as it was, it received a lot of complains about ruining dinner time and risked getting pulled out. It was later broadcasted at 8pm when less kids would be around to watch it, presumably.

Riding on the popularity of the “STOP” shoptheft cardboard constable, the Singapore Police Force decided to come up with a video featuring your friendly neighbourhood vigilante doing the same cheesy handsign. The video ends off in an auto-tuned Hi-5 ish sing-a-ton with comedic background music. Watch it, if you’d like to discover how to cringe and smile at the same time.

You’ve seen him in stores and maybe on the streets.Now, the island’s most recognized cardboard standee is here to tell you that even during this Year of the Goat, you just can’t bleat the law!

Don’t miss the message behind the ads

Well, at least the ads got the attention they wanted. As painful as it was to watch some of the advertisements, they always say that there is some good in the bad. These ads carry an important message. Plus, they make for great lighthearted entertainment. 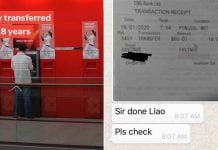