Must Share News – Independent News For Singaporeans
Home Current Affairs This Talented Designer Just Gave Us A Mind-Blowing Glimpse Of Singapore In...

Designer William Koh has shared several of his realistic designs of Singapore in a few decades to come. The concept artist at interactive entertainment and game development services studio Lakshya Digital has titled his personal project S2085.

Some of the designer’s depictions of Singapore’s future landscape looks like a scene taken from the Hunger Games Capitol.

Futuristic Singapore, according to William

Kudos to William — these graphics and images must have taken hours of hard work and an immense amount of brain juices to design.

According to William, his works were inspired by “futurist” consultant Syd Mead, who produced design for huge projects such as Star Trek — The Motion Picture, Tron, 2010.

Hmmm, but wait — where are the flying spaceships and futuristic transport systems?

Comparison between current and “future” Singapore

Reality: The current People’s Park Residences looks a bit worn down and shabby. The building’s faded yellow facade showcases the toll time took on the exterior. 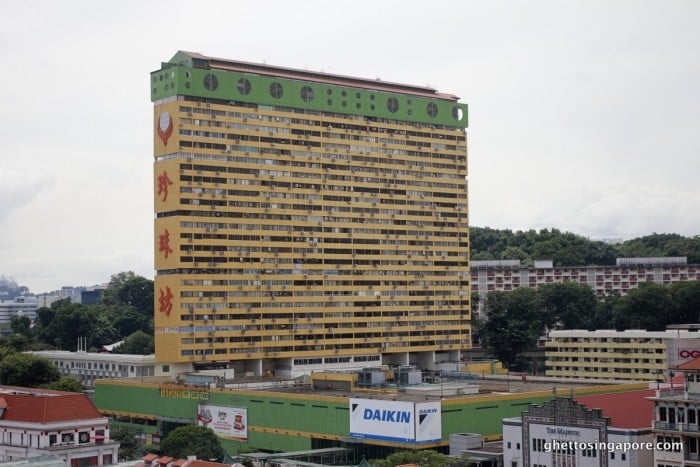 Future: William’s version of People’s Park Residences in the future looks posh and clean compared to the old residences. Slanting panels in his design — which appear to look like solar panels — hints that he might be envisioning a more environmentally-friendly Singapore. The modernistic vibe from the whitewashed structures sure appeals to viewers — someone should just work with William and turn his designs into a film already.

Future: The imagined future cityscape has an organic architectural design by linking buildings together to form an interconnected web. Marina Bay seems to be partially covered by buildings and structures.

An all air-conditioned pathway from Marina Bay MRT to Gardens by the Bay in future, perhaps?

Reality: The current Marina Bay Sands building is indubitably one of the most iconic images of Singapore. 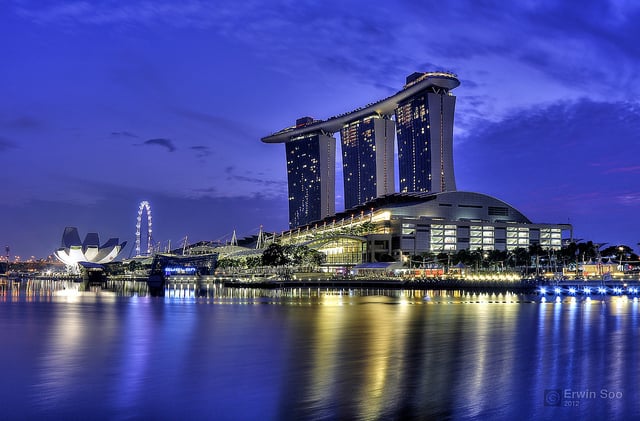 He also visualises how Marina Bay Shopping district would looks like by redesigning iconic areas such as the Super Tree grove. 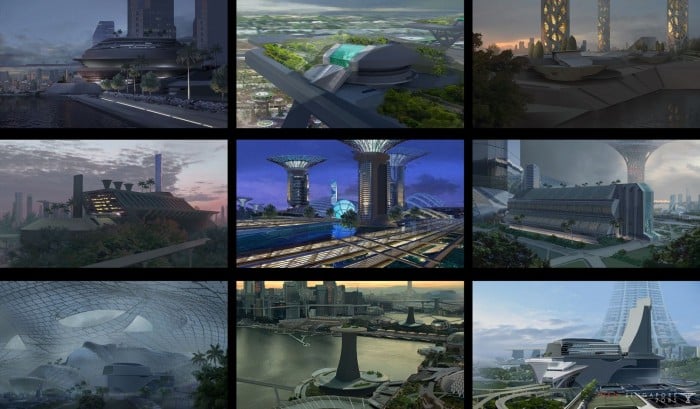 Reality: The current KK Women and Children’s Hospital (KKH) has a whitewashed exterior.

Future: The futuristic version of KK hospital shows a fusion of nature, technology and architecture. The contemporary look and feel breathes life into KKH. 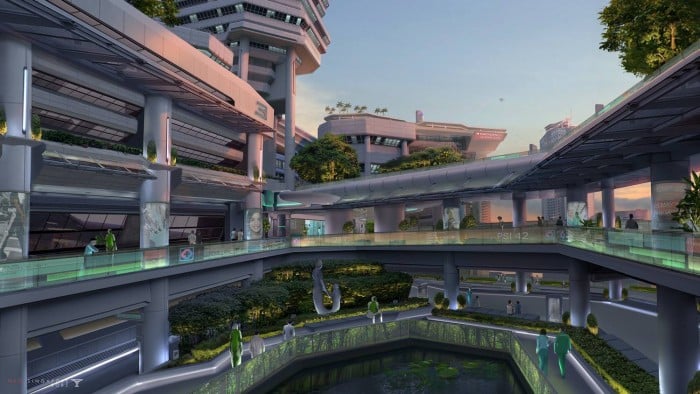 Reality: Currently, Chinatown remains one of our heritage sites and evokes the feeling of nostalgia thanks to the presence of old shophouses as well as the hustle and bustle of the area. 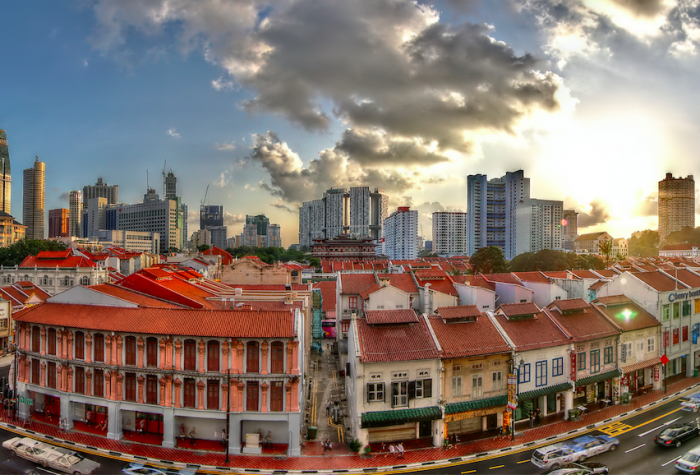 Future: William’s new Chinatown looks futuristic and beautiful, however, it lacks the liveliness of Chinatown. In addition, the shophouses here seem to have gone through too many times of adaptive reuse, and are unable to reflect the rich traditional Chinese heritage of Chinatown.

Is this the fate all heritage sites must succumb to in the future?

Singapore’s landscape in the future

William’s designs definitely possess the wow factor, and it’s enlightening to see a glimpse of future Singapore through the eyes of one designer.

However, as Singapore’s landscape changes, we hope that our sense of identity and heritage would not be diminished.

Nonetheless, we are still hoping for a futuristic transport system with flying spaceships/trains or at least airborne trains,