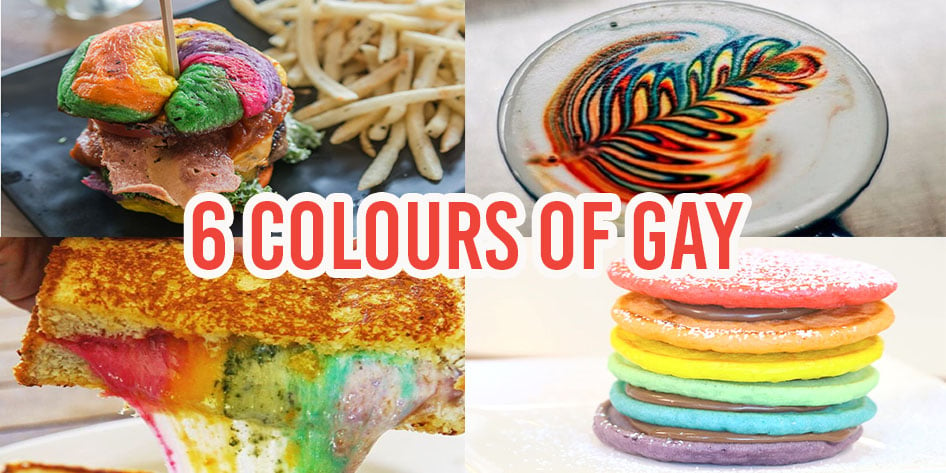 The 6 Shades Of Gay

Disclaimer: This article is a satire, please don’t be triggered 🙂

Friends, we have many new enemies. After Mr Peng Jia Rong graciously posted on the upstanding Facebook group “We are against Pinkdot in Singapore” earlier this week (May 30), alerting netizens that some gay cakes with 6 colours are masquerading as rainbow cakes and promoting the gay agenda, he left us thinking — how many other foods have been promoting the LGBT pride flag clandestinely?

Any self-respecting purveyor of family values knows that the LGBT flag has 6 colours, and the rainbow has 7 colours, thus any multicoloured food that claims to be “rainbow” but has 6 colours only must have been created by someone who promotes the gay agenda.

Here are some dishes that you should not ever touch, lest you end up mistakenly supporting homosexual advocates: 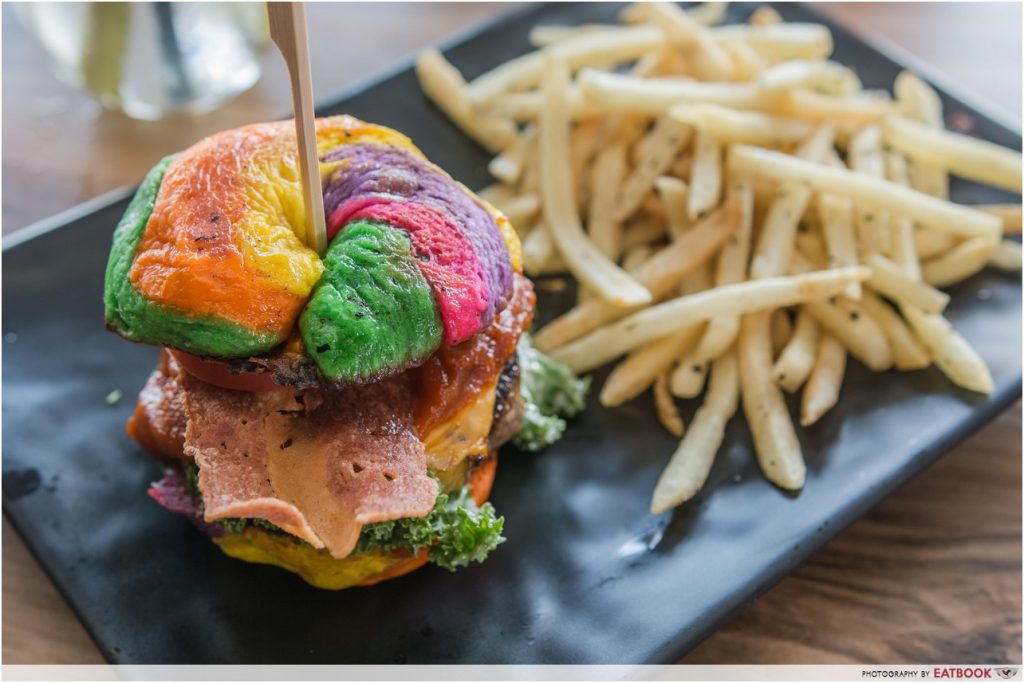 I know, a good burger every once in while really replenishes the energy of any good conservative, as all that outrage is exhausting.

But please watch out for burgers like these with multicoloured buns.

These buns only seem to have 6 colours, so they are obviously trying to force the LGBT cause upon unsuspecting, decent citizens. While this multicoloured cheese toast filling might just look delicious and Instagram-worthy, don’t fall for such overly aggressive liberalism.

We counted 6 colours only, so the devilish toast must actually be a front for an LGBT-supporting business.

Don’t go there, or you might just be kicked out of your local place of worship.

While we all know that the gay lifestyle was a result of Western influence on our hitherto decent, traditional Asian values, this disease is already starting to penetrate our Asian culture! 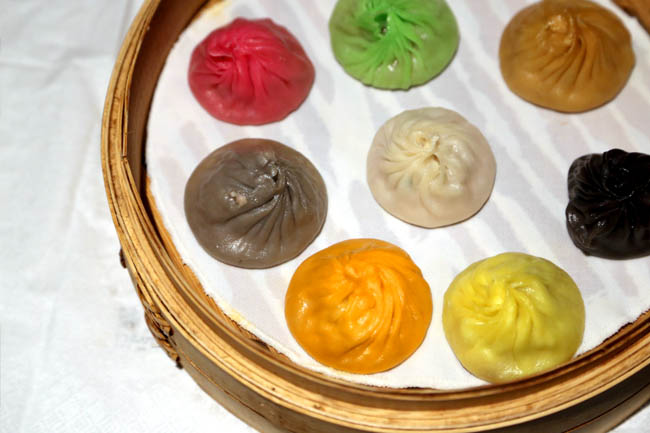 And what makes it worse is that this gay xiao long bao has not 6 colours, but 8, including our favourite colours of black and white.

Which means not only it is an attack on our treasured Asian values, but also an attempt to mimic and subsume our conservative practice of seeing the world in black and white.

This madness has to stop! 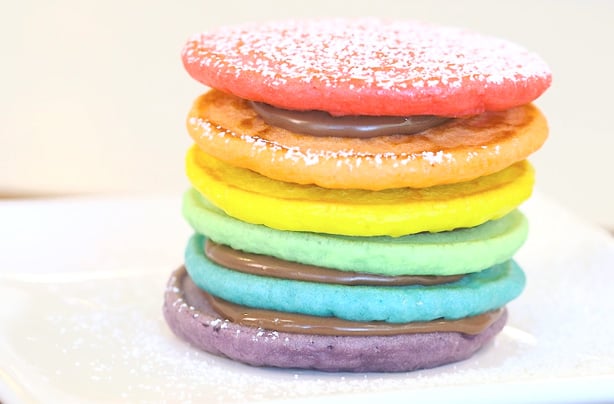 Even our nutritious breakfast in the morning isn’t spared with these disgusting, 6-coloured gay pancakes filled with brown filth. 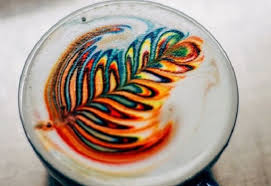 In the continued assault on traditional breakfast values, even our lattes aren’t spared.

Look how insiduous the gay agenda is — the rainbow colours are in the patterns on the latte itself, so if good family people don’t look properly, they wouldn’t notice that they’re drinking gay latte. 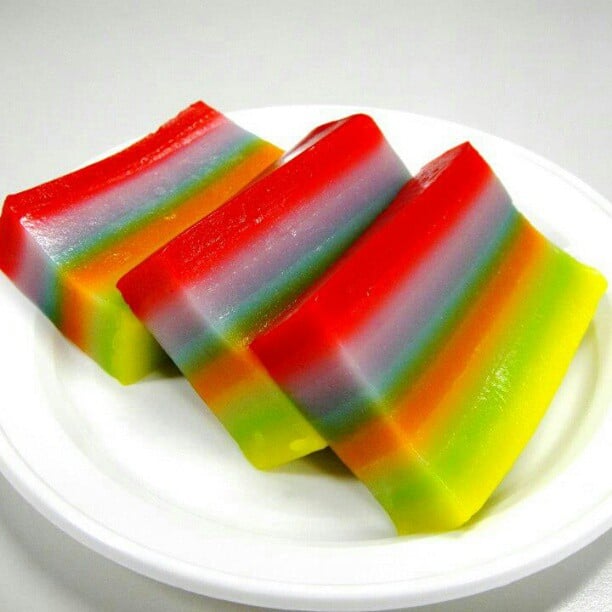 This is proof that the gay movement has been infiltrating our culture for decades.

We’re surprised that so many ignorant Singaporeans are even selling it in markets after it’s been covertly labelled by gay activists as “nonya kueh”.

Can’t they see that despite having more than 6 layers, there are in fact 6 colours?!? (light green and green are still the same colour — green).

We advise all decent people out there to go back to the brown kueh lapis. At least it doesn’t push its gay agenda down our throats. Although Mr Peng has already smartly pointed it out, we think it bears mentioning again as the young punks these days are very vulnerable and susceptible to negative influences.

Remember, never order these gay cakes from cafes, because they are going to ruin your hard-earned reputation as a supporter of family values.

Imagine getting this cake for your birthday, only to have your friends accuse you of being an LGBT supporter. *shudders*

So friends, please be warned again that the devil is in our midst and ever-ready to pounce on God-fearing people who happen to have a moment of neglect.

If you really must buy colourful food, remember that a real rainbow has 7 colours, as number 7 is good, just like this list — it has 7 items.

And if anyone tries to tell you that food with 6 colours isn’t an abomination, and should be accepted by all, don’t be taken in — the last thing you would want is to be called open-minded or accepting. 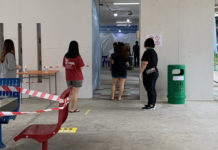