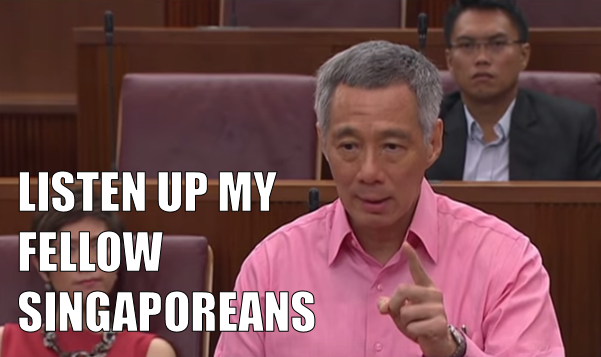 Because it was such an enlightening rally

President Tony Tan dissolved the Parliament on Tuesday (25 August), and issued the writ of election just 2 days after Prime Minister Lee Hsien Loong declared in his 2015 National Day Rally speech that he will calling for an election soon.

It will be difficult to believe that PM Lee delivered the National Day Rally without subconsciously preparing for elections. Mind you, PM Lee did not just woke up on one fine morning and decided to recommend the idea of parliament dissolution to President Tan.

MustShareNews looks a little deeper, and sifted out 5 allusions to the General Election from PM Lee’s National Day Rally Speech.

At the beginning of his English speech, PM Lee took the time to give recognition to the pioneers of the Singapore Armed Forces (SAF).

It was almost SG50 National Day all over again without the tanks and the fighter planes. 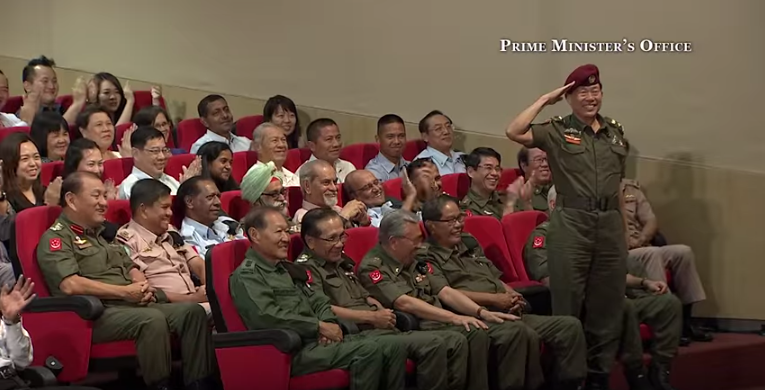 Aside from honouring the very fine work of our SAF, PM Lee could also be taking the chance to get Singaporeans to chill a little about his pattern in recruiting PAP candidates from the Singapore Armed Forces, a practice evident since the previous General Election in 2011.

There were 5 full Ministers in PM Lee’s Cabinet with a military background.

I have not spoken much about the external affairs in recent rallies because we have been focused on domestic issues. But I think I have spoken too little because big things are happening around us.

PM Lee then went on to explain how important foreign affairs are for Singapore.

Citing the threat and the need to maintain harmonious relationship with our neighbours — Malaysia and Indonesia.

Coupled with the need to be able to be able to maneuver Singapore in a balanced position for a friendly relationship with all the big players of our region — Japan, United States of America, and China.

Who was the last opposition member who actually offered an opinion on the foreign affairs of Singapore at breadth? 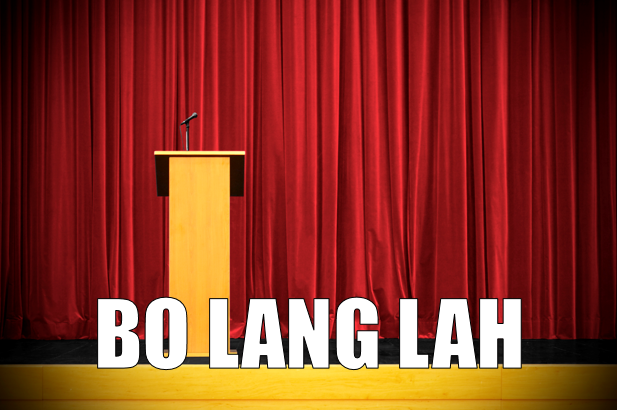 Going forward, PM Lee reminded on the need for Singapore to have quality leaders who are able to protect the interest of Singapore in the stormy international waters.

PM Lee went on to give a lengthy speech recognising the contribution of two Ministers because  their hard work ought to be recognised.

Vivian led the Singapore delegation but he did not just represent Singapore. He was appointed one of two Friends of the Chair.  The other Friend of the Chair was Norway. And the role of the Friend of the Chair is to be an honest broker — to work behind the scenes to bridge the gaps between the different countries, to help put together a deal that countries could agree upon.

So it is an important low-key job.

They chose Vivian and Vivian was effective. Why?

Because he was competent and mastered a very complicated brief.

Vivian and Team Singapore helped the Lima conference to reach a successful outcome.  They had to overrun. I think they went for another 36 hours but in the end there was a positive agreement and in the process, the agreement also protected and advanced Singapore’s interests.  That’s one example.

Why single out Minister Balakrishnan?

We may be cynical here, but Minister Balakrishnan is not exactly the most popular man in politics.

As the Environment and Water Resources Minister, he was caught under fire, albeit admittedly quite unfairly, for the worst haze ever in Singapore last year (July 2014). Add that to his gaffe in Parliament in giving a rude comment about the financially disadvantaged elderly in his response to fellow Member of Parliament (MP) Lily Neo in 2011.

If the two indeed come head to head, it will not be the first time they clash.

The pair crossed paths in the previous General Election, after Minister Balakrishnan subtly suggested that SDP’s Vincent Wijeysingha could be advancing a LGBT agenda.

This next example is Lim Swee Say.

Swee Say attends the ILO Conference in Geneva every year. International Labour Organisation.  He used to go as Secretary General of NTUC, now he goes as Minister for Manpower.

This year he went in June.

And at dinner many of the Labour Ministers shared the problems they faced in their countries, all facing similar problems – slow job,growth youth unemployment, stagnating wages, widening income gaps. It was a very miserable dinner.

So Swee Say is never one for a miserable dinner, he decided to turn the discussion around and to focus on solutions and not problems and he did it, the way only Swee Say knows how to do it.

He started by acknowledging we all face the same 3 “D” challenges, D for delta.  What’s D? Jobs Deficit, Skills Deficit, Quality Deficit, so three D’s. So everybody nodded, say[ing] yes.

Then he concluded that the solution was to strengthen the three P’s – Partnership between the partners. Partners: Government, unions and employers.

And he shared about Singapore’s unique tripartite approach and sold a little bit of “koyok” for us.

So when Swee Say had finished, the mood in the room had lifted and everyone was discussing solutions and not moping. And the Director-General rounded the discussion and proposed three cheers for Singapore.

Minister Lim Swee Say is not exactly an unpopular figure, he’s pretty emotional, comical and is a likeable figure —

Except for the fact that the Chinese bus drivers strike and the Little India riot took place under his tenure as the Secretary General of the main trade union in Singapore, the National Trades Union Congress (NTUC).

Minister Lim also happens to be anchoring the PAP team at the East Coast GRC — the ward with the second highest opposition percentage vote at 45% in the previous General Election under the challenge of Workers’ Party.

Although Minister Lim is pretty likable, so was former Minister George Yeo at Aljunied GRC in 2011, and we all pretty much know how that turned out.

4. Revealing his  plan for Singapore

What is a National Day Rally without goodies?

But what really caught our attention is the plans for a new centralized Singapore Institute of Technology (SIT) campus, situated in Punggol. The new campus will be accompanied with upgrading and redevelopments of the entire Punggol area.

Ulu and Obiang Punggol? Well not…. 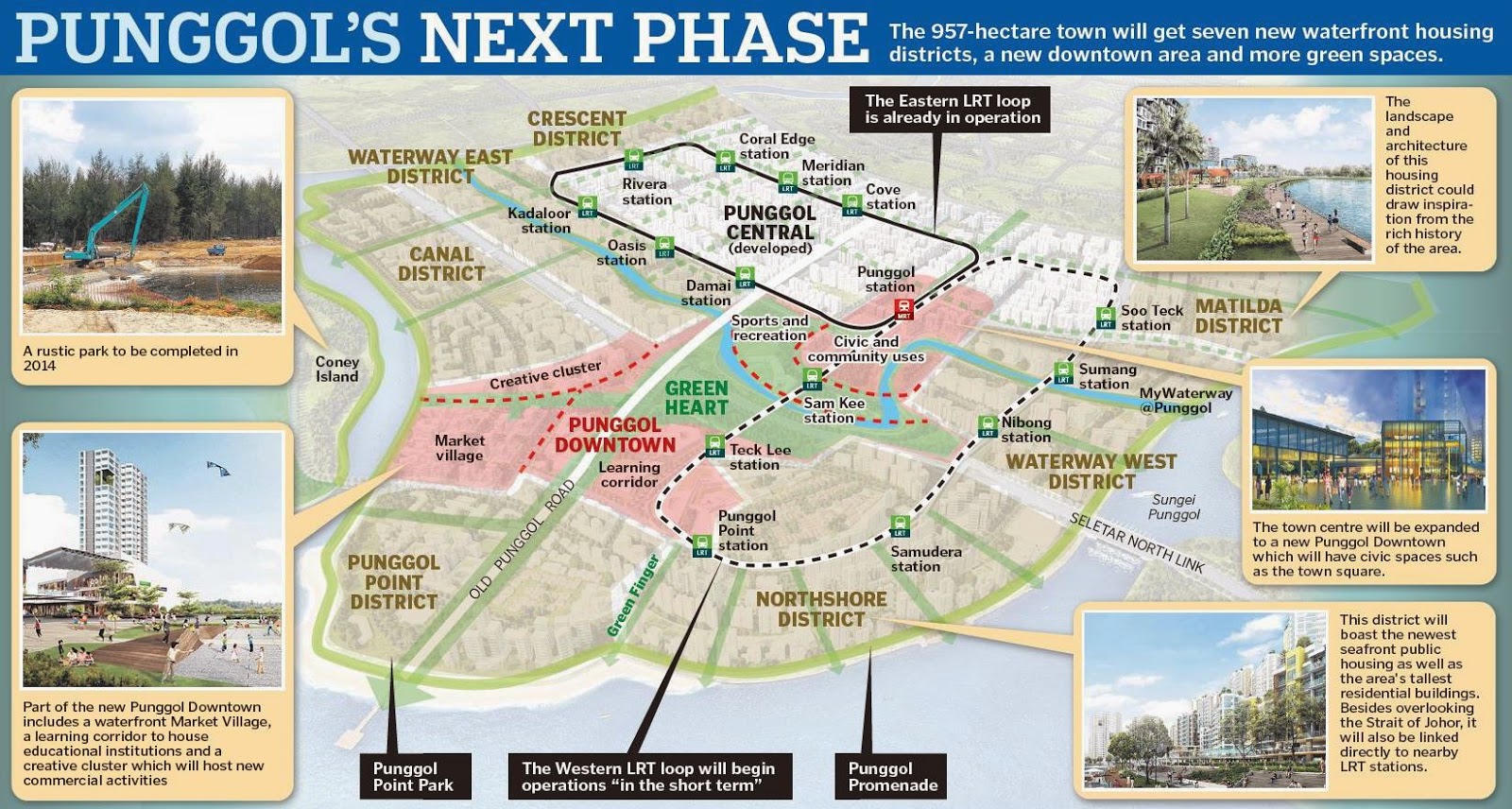 PM Lee wants you to know through his speech that he has BIG plans for Singapore going forward.

It was just that word alone for the night that dawned on us that election was pretty imminent, and then Singapore realised that soon meant “2 days”.

How nice of PM Lee, he may have actually felt that Singaporeans could not handle any more election-related shocks.

For instance, the announcement for the formation of the Electoral Boundaries Review Committee …..

or the release of the Electoral report…….. 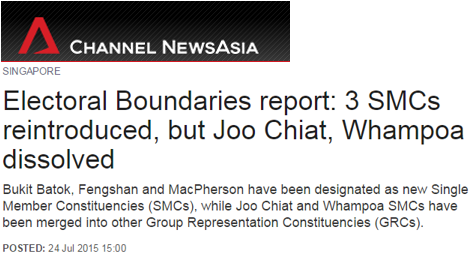 So, before the dissolution of the Parliament, PM Lee made it clear to inform us that he will “be calling for an election soon to seek the mandate from Singaporeans” and he did, 2 days later.

Official electoral campaigning period is just a week away

Apart from busily absorbing all the political news from various political parties to decide your precious vote, it is important that you know what elections are about in the first place – especially if you are first time voter.

Meanwhile brace yourself with more information overload of political news in the coming two weeks!