Must Share News – Independent News For Singaporeans
Home Politics General Elections GE2015: Who Are The Candidates Who Stuck Around Despite Losing In GE2011? 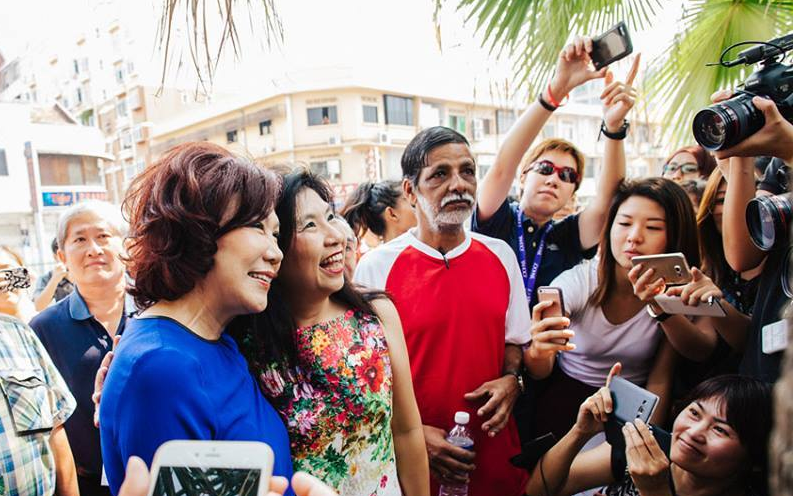 Of parachutes and nomads…

For this post, we’re going to take a hard look at this year’s candidates and see how many of them are candidates who had contested in the 2011 General Election in the same area and lost.

But to stay on to fight once more despite losing — we think that spirit of determination deserves some form of recognition. So this is dedicated to all the political fighters who may have been defeated, but picked themselves up to try again.

They must fulfil the following criteria:

Before you read on, take a guess — how many people do you think fulfil these criteria? The answer may surprise you.

The answer: 14 candidates are contesting again in the same areas where they lost in GE2011. Here they are, in alphabetical order: 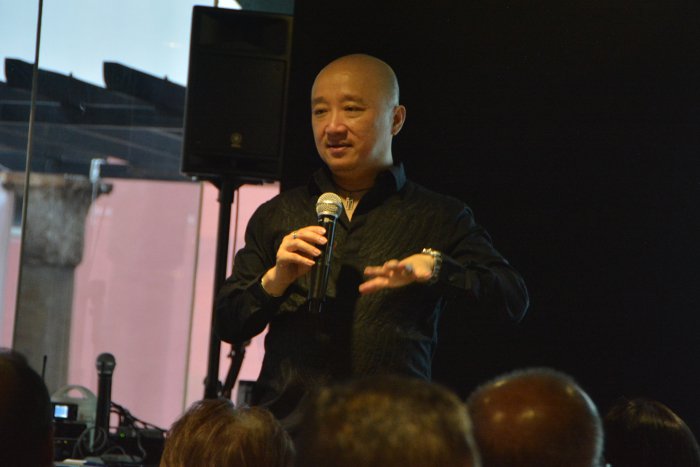 Benjamin Pwee ran in Bishan-Toa Payoh GRC in GE2011 under the SPP banner together with Secretary-General Chiam See Tong, garnering 43% of valid votes. Since then, he joined the Democratic Progressive Party in 2012 and was elected as its Secretary-General in 2013.

This year, he runs again in Bishan-Toa Payoh as part of the SPP-DPP joint team, and hopes to lead his team to improve on their 2011 result. 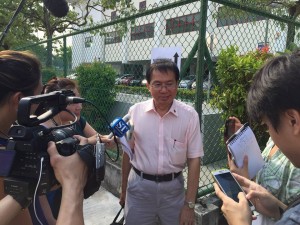 Many don’t know this, but Cheo Chai Chen was part of Nicole Seah’s NSP team that contested Marine Parade GRC in GE2011.

This year, he’s contesting in a ward carved out from Marine Parade GRC, Macpherson SMC, against the People’s Action Party’s Tin Pei Ling and the Workers’ Party’s Bernard Chen.

He has been variously insulted and jeered for creating the only three-cornered fight between three political parties (the other fights involve independents).

Cheo also served as an MP from 1991 to 1997 under the Singapore Democratic Party (SDP) in Nee Soon Central SMC. 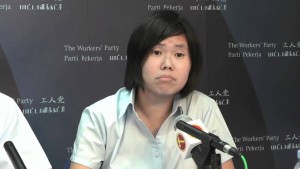 Two Workers’ Party members remain from the team that contested in Moulmein-Kallang GRC in 2011. They are Frieda Chan and L. Somasundram. This year, they are both contesting in Jalan Besar GRC — the newly-created GRC takes in part of Moulmein-Kallang GRC. 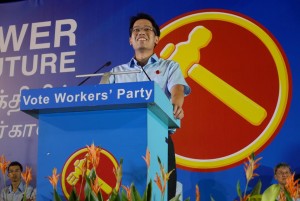 Gerald is the only surviving member from the WP team that contested in East Coast in 2011 to return to East Coast in 2015. In 2011, his team won 45% of votes and thus became the best-performing opposition team in a GRC after the WP Aljunied team.

He accepted a Non-Constituency Member of Parliament (NCMP) seat and now leads a team to try again for the eastern ward. Mohamad Hamim contested with Benjamin Pwee and Chiam See Tong under the SPP in 2011 in Bishan-Toa Payoh GRC.

Before that, he had often helped Chiam See Tong at his Meet-The-People (MPS) sessions and later contested with Desmond Lim’s Singapore Democratic Alliance (SDA) in the 2006 elections.

He is currently the chairman of the Democratic Progressive Party (DPP) and is contesting this year’s elections in a joint team with the SPP. 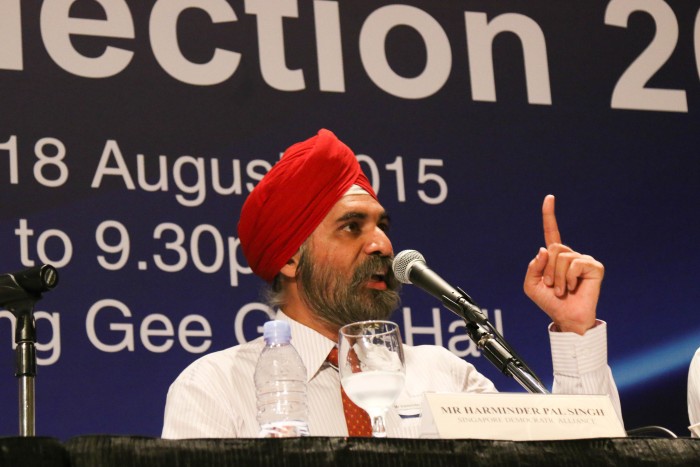 Harminder Pal Singh, one of the most recognisable faces from the SDA, will be contesting again in Pasir-Ris Punggol GRC. His team garnered 35% of the votes in 2011 against a PAP team led by DPM Teo Chee Hean.

He is a motivational speaker by trade, which may explain why he comes across as a very experienced public speaker.

You can watch him speak in this rally and decide for yourself. In 2011, Jeannette contested under the NSP, winning 41.3% of votes in newly-created Mountbatten SMC against PAP candidate Lim Biow Chuan. The area has not changed, and neither has her determination — she’s back to try again to win the hearts and votes of Mountbatten residents.

Judging from her fiery Nomination Day speech, we think she has a real shot at it. The son of legendary opposition politician J. B. Jeyaretnam, Kenneth Jeyaretnam returns to contest in West Coast GRC again, having lost there with 33% of the votes in 2011. He is the only surviving member of his 2011 team.

He is currently the Secretary-General of the Reform Party (RP) and also contested in the 2013 Punggol East by-election, winning 1.2% of valid votes. Thus, he joins Desmond Choo, Png Eng Huat, Desmond Lim, and Lee Li Lian in an exclusive group of politicians who have contested in three elections over the last five years. A software engineer by trade, Koh Choong Yong returns to Sengkang West, having contested there under the WP in 2011 and losing to Dr Lam Pin Min of the PAP. He joined the WP in 2006 and was elected as Youth Wing President in 2009.

Since then, he has worked as Legislative Assistant to both Chen Show Mao and Png Eng Huat. L. Somasundaram is a polytechnic lecturer in engineering and contested with the Workers’ Party in Moulmein-Kallang GRC in 2011. He has moved with Frieda Chan to contest newly-created Jalan Besar GRC, which takes in part of Moulmein-Kallang GRC, in 2015.

He is currently Deputy Treasurer of the Workers’ Party and is married with three children. The wife of legendary opposition veteran Chiam See Tong, Lina Chiam will want to show her critics that she is capable of winning back Potong Pasir. In 2011, she lost by the smallest margin of all — just 0.8%, or 114 votes, separated her and PAP candidate Sitoh Yih Pin. As such, she took up the NCMP seat as best losing candidate and has been vocal on a wide range of issues in Parliament.

Chiam See Tong will not be running this year, but you can be sure that he will be throwing all his support behind his wife of many years. It will be a contest to watch.

It is also worth noting that her opponent, Mr Sitoh Yih Pin, had tried and failed in two elections in 2001 and 2006 before finally winning in his third try in GE2011. If we had made this list in the last general election, he would certainly have made the cut. Osman Sulaiman is the only remaining member of the Reform Party’s 2011 team that challenged PM Lee Hsien Loong and lost with just 30.7% of the votes. That team was the worst performing opposition team in a GRC in 2011.

He works as a human resource supervisor in a golf club. That may explain why the Reform Party are especially vocal in bringing issues like CPF, minimum wage, and foreign worker policy to the fore. Not much is known about this low-profile member of the National Solidarity Party. In fact, it was so difficult to find a good picture of him that we had to screengrab a NSP rally from 2012 that looked like it was filmed with a potato.

What we do know is that he is the Assistant Secretary-General of the NSP and that this is his fourth election.

Whaaat? Yeah, we didn’t know he so lao jiao either. Despite being a first-timer, Yee surprised many, pushing veteran MP Charles Chong to the limit in Joo Chiat SMC and losing by just 388 votes. He was probably quite happy to take up an NCMP post as the second best losing candidate, but he probably wasn’t too pleased when the Electoral Boundaries report came out.

Yee was visibly unhappy with the changes and referenced this in the first Workers’ Party rally yesterday (2 Sep) — “Joo Chiat is no more.” At the rally, he vowed to take Marine Parade with his team, “because Marine should be blue, not white!”

They aren’t often mentioned, but these are the people who don’t give up — who’ve come back even after being rejected to win votes for their cause.

Whether you support them or not, they’ve certainly earned our respect for their fighting spirit and their never-give-up attitude.

Cover photo via Jeannette For Mountbatten.