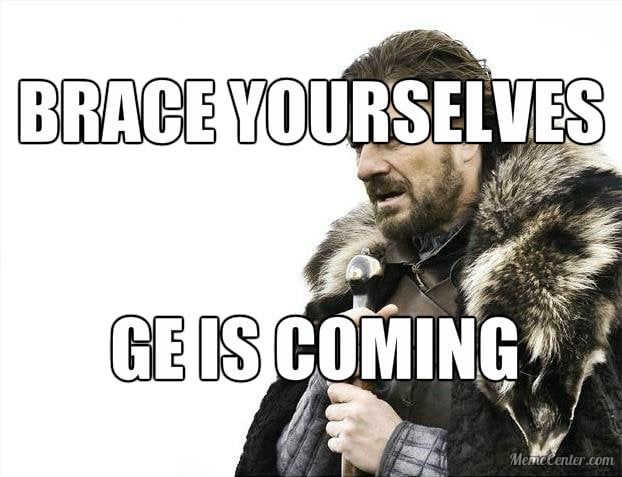 You should have probably heard by now that the General Elections 2015 will be held on 11 Sept 2015. If you didn’t already know that, congratulations! Now you do.

Your social media feed is suddenly extremely political in nature. You’ve spent your life hearing about elections, but since you’ve never had to vote, you don’t really care about them.

Or else, now you’re old enough to vote. Like me, who’s voting for the first time this year.

Since now you are old enough, the time has come to acquaintance yourself with the election process! Because your vote matters. Either you’re with the ruling party, or you’re with one of the many parties who happen to be contesting at your constituency.

Unfortunately there are many terms which can confuse first-time voters. What is a Returning Officer? What is a Register of Election? What am I even voting for?!?!

If you’ve always wanted to know some of the machinations of a Parliamentary Election but were too afraid to ask for fear of being called a suaku (someone who isn’t well-informed), have no fear, for a friendly neighbourhood Blur Sotong will be asking the questions. 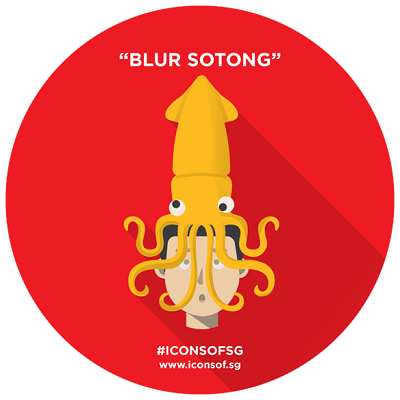 1. Blur Sotong: So everyone’s talking about General Elections; are we voting for a General? And what’s a bye-election? Is it for when someone’s leaving?

Eh no la goondu, the General Election is for voting on the people who will form the Parliament and make all those decisions which affect us Singaporeans!

By-elections are elections held between General Elections in the case of a vacated seat in Parliament. The last one was in 2013, when Punggol East’s PAP MP Michael Palmer resigned from his posts. That by-election was noteworthy for its timing (within a month of Palmer’s resignation) and unprecedented nature (PAP hasn’t called for a by-election twice between elections since 1977).

The other by-election that occurred in the same period was in 2012, when then Hougang MP Yaw Shin Leong was expelled from his party, the Workers’ Party, for indiscretions in his personal life. This one happened only because someone from Hougang insisted that a by-election had to be held, even though PM Lee wasn’t going to hold one. Eventually, he did. People power!

2. Blur Sotong: So how often does this General Elections happen?

The elections must be called within five years of the government’s first Parliament sitting.

The President of Singapore will dissolve Parliament after the Electoral Boundaries have been set, and an election must be held within three months after that.

Don’t worry, no life-changing decisions will be made until Parliament is reinstated.

3. Blur Sotong: Ehhh…what happens when an election is called? 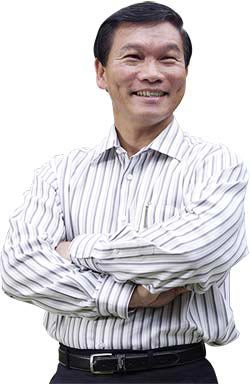 The writ specifies when the nomination of candidates is to be taken (not earlier than 5 days nor later than one month from date of the writ) and the nomination place.

4. Blur Sotong: What has to happen before the elections can be held? 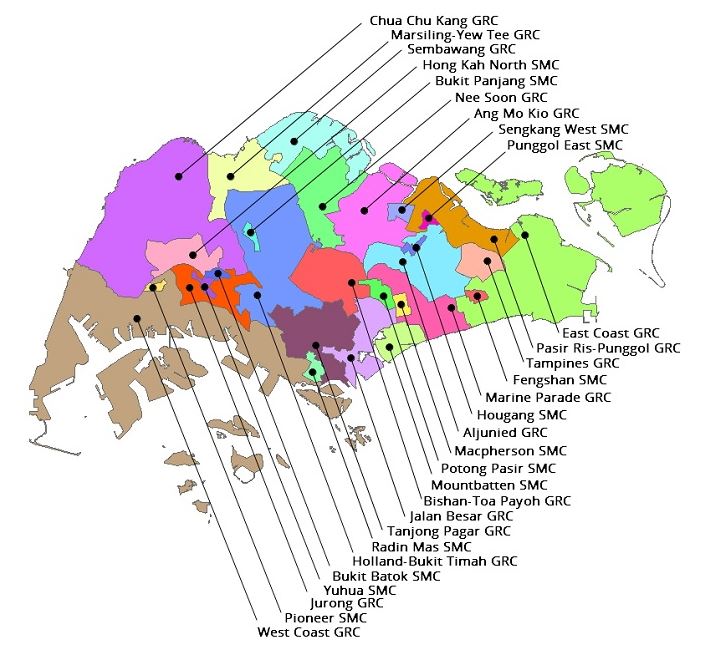 Even before the writ of election can be given, the registers of election (a list of eligible voters in each constituency) has to be revised to include everyone who turned 21 and new Singapore citizens since the last revision.

A revision was ordered by Prime Minister Lee Hsien Loong on 2 February this year, and completed on 23 February.

But that’s not all. An Electoral Boundaries Review is usually done a year before the General Elections are to begin, and the reviews are announced right before the Election. This year, they were completed and announced in Parliament on 24 July.

Once the boundaries have been re-drawn, everyone will decide on which wards they wish to contest leading up to Nomination Day.

5. Blur Sotong: Nomination Day is when the candidates register to contest in the election, right?

Yes! See, maybe you’re not so blur after all.

The timing for submitting nominations is from 11am to 12 noon on a specified date and candidates, both the ones already seated in the ward and the ones who want to take over, have to submit nomination papers, political donation certificates, and minority certificates (if required). Nomination Day has been pretty dramatic over the years because of its strictness and tough regulations such as its Election Deposit (8% of a year’s MP salary; this amount was $16,000 in 2011)

Tanjong Pagar GRC saw a walkover in 2011 because the candidates intending to contest there submitted their papers 35 seconds late. The world of politics is a harsh one, and intolerant of tardiness.

If there’s only one candidate (for an SMC) or one group (for a GRC) contesting, that candidate/group will be returned as MPs. Now you see where the term “Returning Officer” comes from? He literally returns these people back to their wards.

6. Blur Sotong: Wah, so some rich guy can come in with a huge campaigning budget and become a politician with his $$$?

There’s actually a limit to how much a candidate or group can spend on campaigning. This is so that some billionaire won’t use his wealth to muscle his way into Parliament via better marketing and buying power.

For SMCs, the amount is $4 per elector in the register of electors for that constituency, and for GRCs, $4 per elector divided by the number of candidates.

7. Blur Sotong: What am I supposed to do on Polling Day? 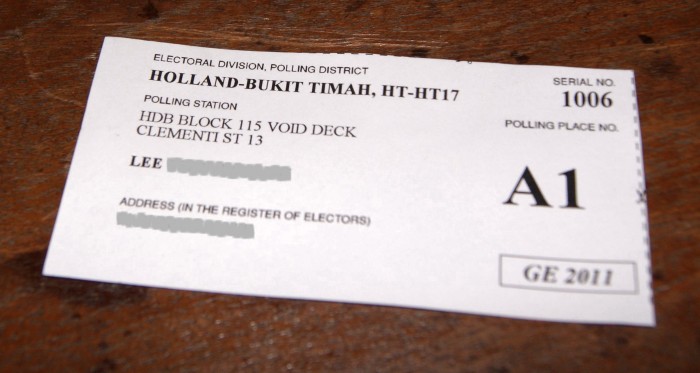 You go to the polling station with your identity documents and Poll Card (which should have been mailed to you before Polling Day) and collect an official Ballot Paper. Make an X (don’t tick!) on the box of your choice. You can only vote once, and nobody will know who you voted for.

Unless you tell others lah. But that’s your problem.

8. Blur Sotong: How will I know who to vote for?

Well, you can follow the media (both traditional and social) for happenings during the GE. Apart from the traditional news sites like The Straits Times, Today, and Channel NewsAsia, we also made a handy list of 17 sites, some of which will be covering the GE here.

Or you can tikam-tikam vote, but every vote matters, so I don’t recommend that!

9. Blur Sotong: Let’s say I left Singapore when I was a child and just came back. Can I still vote?

You must be a Singaporean citizen holding a pink IC and be at least 21 years of age. For those not 21 yet, you should still keep an eye out on the happenings because Polling Day is a public holiday!

To check your eligibility, you can go here or check at any community centre/club, or the Elections Department (11 Prinsep Link, 187949)

You can register as an overseas voter if you fulfill the qualifying criteria.

Then apply here or send a completed and signed Application to be Overseas Elector Form by post or fax.

Once you’ve registered, the Elections Department will assign you to one of several overseas polling stations. This is the list.

11. Blur Sotong: Why are some places part of a Group Representative Constituency (GRC) while others are Single Member Constituencies (SMC)? *scratches head*

You can check which constituency you belong to here. This is important because your next-block neighbour could be in a different constituency altogether. You can only vote in your own constituency, so even if you fancy that MP from another GRC/SMC, you can’t vote there.

12. Blur Sotong: How long is the election period?

Once Nomination Day is over and the candidates are announced, the following days until Polling Day can be used for campaigning, both at public rallies and online. In 2011, there were just 9 days; from 28 April to 5 May (6 May was Cooling-Off Day and 7 May was Polling Day).

This year, there are also 9 days for parties to campaign – from 1 September to 9 September. 10 September is Cooling-Off Day and 11 September has been declared as Polling Day.

Cooling-Off Day was first implemented during the 2011 General Elections “to ensure that voters take time to think about the issues discussed over the past nine days”. No campaigning is allowed by law, 24 hours before polls open. Anyone found to have done so may be fined, or imprisoned, or  both.

The law applies to social media as well, as a few candidates found out; both PAP candidate Tin Pei Ling and NSP candidate Nicole Seah were given warnings regarding their usage of social media on Cooling-Off Day 2011.

14. Blur Sotong: How many eligible voters are there in Singapore?

15. Blur Sotong: Who are Non-Constituency MPs and Nominated MPs?

Nominated MPs (NMPs) are selected by a special committee to provide an independent voice in Parliament (as opposed to just an Opposition voice). The tenure of NMPs is 2 years, and 9 are selected each time. They are allowed to debate and vote on most issues except constitution amendments and votes of no confidence in the Government. However, they can debate on any issue that they cannot vote for.

NMPs have the power to suggest bills. NMP Professor Walter Woon managed to submit and pass a bill he initiated; the Maintenance of Parents Act.

While NMPs are not supposed to be affiliated with any political party, they can retain their party membership if they become an NMP. This makes you wonder just how independent they are.

However, they forfeit their NMP status if they run for election or become an actual MP.

16. Blur Sotong: What if I have any other enquiries?

The Elections Department has all the info you need.

There you have it!

Hopefully this guide was at least somewhat useful — now you can flaunt your increased knowledge about the Elections! We’ll be coming out with more articles related to the Elections, so watch this space!