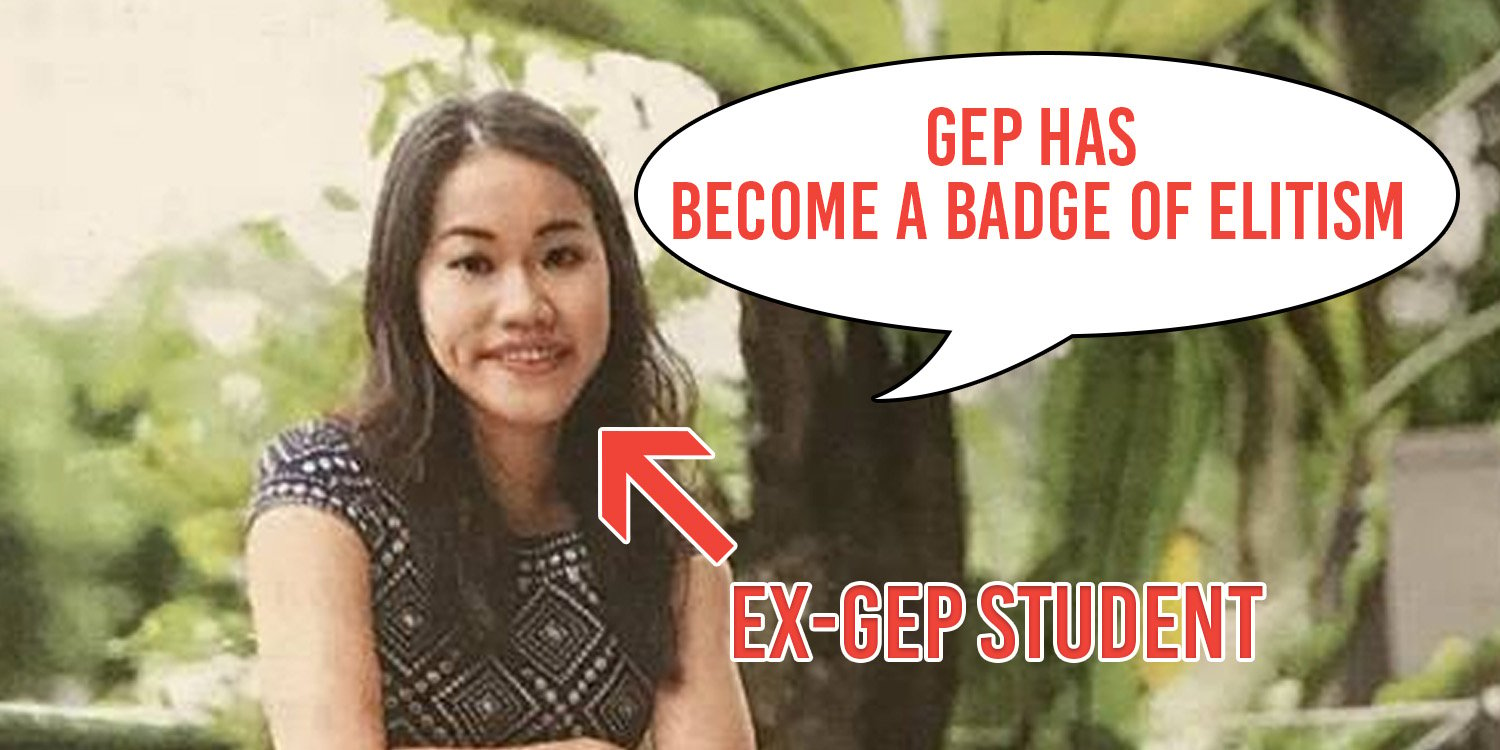 Few aspects of Singapore’s education system are as hotly debated as the Gifted Education Programme (GEP).

While many have deep-seated views of the issue, it’s not everyday that a former GEP attendee argues for the discontinuation of the programme.

Ms Chong is a teacher with ReadAble, a non-profit organisation that runs weekly reading and language arts classes for needy children.

Presumably, this has exposed her to the growing disparity between students here.

This was evident in her experience with a student she calls A.

Student A, 5, is raised in a 1-room flat by his Mandarin-speaking migrant mom, who only has a secondary school education.

Despite these seemingly tough hurdles, Student A is astoundingly intelligent. Ms Chong writes,

He reads English at a 10-year-old’s level, understands Bitcoin, can explain what a stop-loss order is, and regularly uses words like “demolish” in conversation.

Given these traits, she believes that Student A would be a natural fit in a GEP class – but only if he has access to the same resources that middle-class children do.

Because as Ms Chong points out, opportunities to get a leg up into the programme are not available to children from lower income families, such as GEP tutoring.

Some even face barriers to entry.

Ms Chong recalls how one couple could not take their child to the GEP test because they worked as full-time hawkers and had health problems.

A child from a middle-income household is less likely to face such a problem.

Ms Chong hence said it is not really natural-born IQ that determines access to GEP now, but uneven opportunities and socio-economic barriers.

She adds that because of this, resources currently expended on GEP would be better serve children from underprivileged backgrounds.

Ms Chong also observes that GEP has changed in recent years to be “another badge of elitism”.

Children from wealthier, middle-class families are increasingly sent to “hothousing programs” to be drilled to “gam[e]” the IQ tests to gain entry” to the programme.

Ms Chong feels that these factors have created a GEP programme that she believes is less diverse than it once was.

Describing her experience with the programme in the 1990s, she writes,

Back when I was admitted to GEP in the 90s, my new GEP class was more ethnically, and socio-economically diverse than my original mainstream primary school class.

Instead of a vehicle to stretch the learning of gifted children, it has largely become a club for those who can afford preparatory material.

Are we abandoning the would-be GEP kids?

Addressing the issue of how would-be GEP students can then still maximise their potential, she pointed to the evolving nature of classroom education today.

She said that school syllabuses now focus much more on problem-solving and creativity skills from an early age.

These changes would help to stretch a child, regardless of “gifted” or not”, in his/her learning.

At the end of the day, Ms Chong wants children from underprivileged households to be empowered to achieve their dreams.

This ideal is best captured in an exchange between Student A and his mother.

When asked why he has to walk while his peers are driven to school, the student’s mother replied,

Mummy won’t be able to afford a car with her job, even if she works hard. But when you study hard, and grow up, maybe you can.

Encouraged by this, Ms Chong continues,

I’d like to see an education system where a kid like A has every chance of achieving his dreams. That’s far more important to me than whether GEP exists or not.

The heart of Ms Chong’s message is this:

To have an education system that continues to be founded on meritocracy, resources have to be channeled to address social-economic inequality, not exacerbate it.

But is GEP only about privilege?

Her post attracted the attention of both GEP supporters and naysayers.

Some former GEP students pointed out that the programme acted as as a “quarantine” for “weird kids” who stand out.

They say that GEP served as a safe space for them to grow up as their differences would have likely resulted in them being bullied at that young age.

For these students, GEP offered a sense of protection and a safe space.

And instead of abolishing it, many netizens opined that the programme could be improved.

Another user who claimed to be an educator said that the GEP programme could exist alongside greater support for families in vulnerable circumstances.

While there’s no textbook solution to the problem, we hope that policymakers will be encouraged by public interest in the issue and take their views into consideration.

After all, it’s the future of our country we’re talking about.