The Reform Party’s Gilbert Goh is not quite done with the elections, it seems. 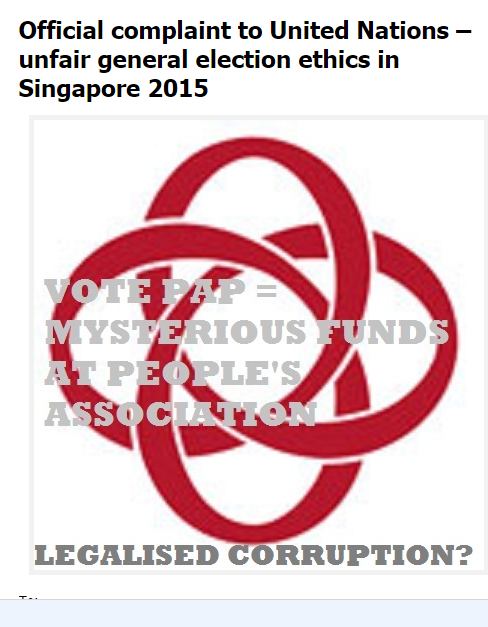 Despite his team being soundly defeated in Ang Mo Kio GRC, winning just 21.37% of the vote, Gilbert Goh is adamant that the ruling party won “unfairly”.

On his website, Transitioning.org, a site set up to “cater to the emotional needs of the unemployed”,  Gilbert reproduces a letter he sent to the United Nations’ Bangkok office. In it, he lists five unethical ways in which the (PAP) won the last election: 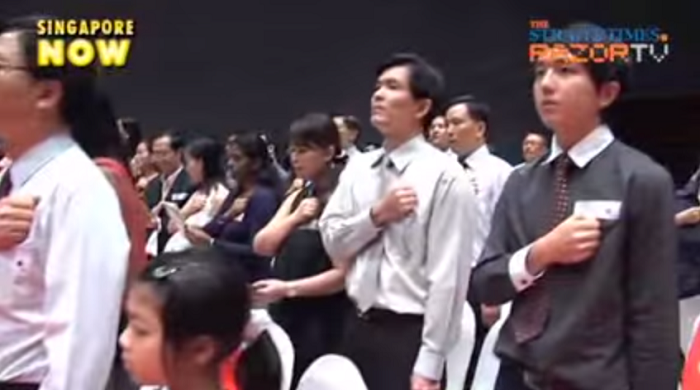 New citizens were injected yearly so that they can usher in to vote for the ruling party out of loyalty.

They were mostly hailed from third world countries such as Philippines, Malaysia, China, India and Indonesia and know no other party besides PAP.

An average of 25,000 new voters are added in annually since 2006 and by this election, more than 200,000 new citizens are eligible to vote – mostly for the first-time. 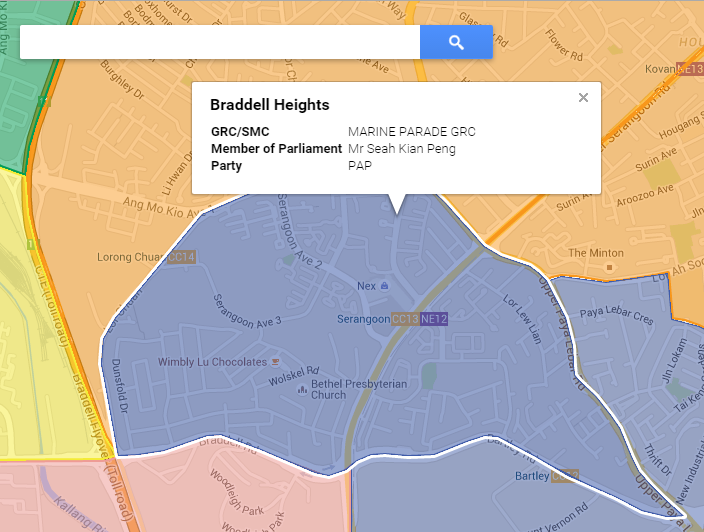 The government roughly knows whether certain precinct is pro-government or pro-opposition according to the polling station and this is public knowledge by now.

By removing or adding certain precinct from a constituency, it can ensure that the area has a majority of government voters with the awful unfair boundary change that comes with every election.

Mr Gilbert Goh is not alone in claiming that boundary changes are unfair.

However, he should be aware by now that the GE2015 vote swing was nationwide, and that no amount of boundary changes would have helped him beat PM Lee in Ang Mo Kio.

Even so, it is still anyone’s guess as to how Serangoon Central can be in Marine Parade. We’d like to know if you can see the seaside from Serangoon’s NEX shopping mall.

3.  Demarcation of PA from PAP 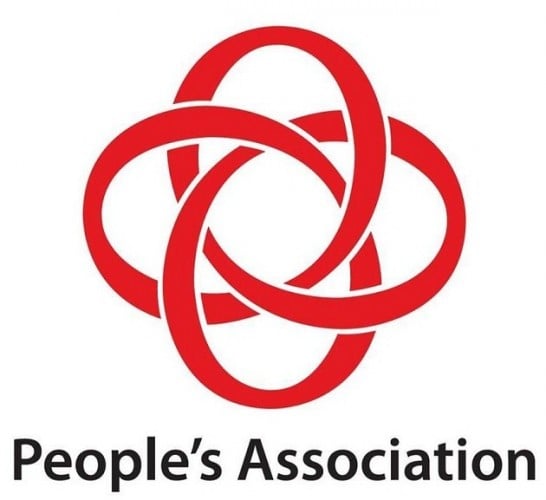 The heavily-funded People’s Association (PA) is the arm and leg of the ruling party and its reach into the masses is one main reason why it won so handsomely.

It is also unfair as PA is a statutory board which is supposed to be non-partisan but its activities is all along very pro-PAP.

It has a yearly funding of $500 million and its budget is going to be ballooned to $1 billion soon. Its accounting practice is also suspect and is one of the many statutory board that is flagged by our Auditor-General’s office for malpractices.

This is unfair to the opposition as the government is using our tax payer money to fuel it’s own campaign by using unethical means.

Moreover, the chairman of PA is none other than the Prime Minister himself.

The Workers’ Party has also often cried foul over the People’s Association, claiming that it is just a wing of the PAP. Aljunied MP Pritam Singh, in his 5 Sep speech, said:

The Straits Times previously interviewed several PA grassroots leaders and advisers who said that when they organize activities for residents, they also hope to win political mileage for the PAP MP, and by extension, for the PAP. And when they realise there are opposition supporters in the CCC, these individuals are told to leave.

This is most unfair as it gives the ruling party a huge advantage especially when the ED can influence significant boundary changes and when it can call for a election after consulting the PM giving little time for the opposition to prepare it’s ground.

This point is partly a restatement of point #2 where boundary changes are concerned, but we’re pretty certain the election is called by the PM, and not by the Elections Department.

Anyway, the part about “little time for the opposition to prepare” may be in reference to the Reform Party, who were caught so badly off guard that they didn’t have time to print election posters.

On hindsight, maybe they were glad they didn’t, since some parties that did print posters did a pretty slipshod job of posters and became the butt of all jokes.

5. Control of mainstream media during election 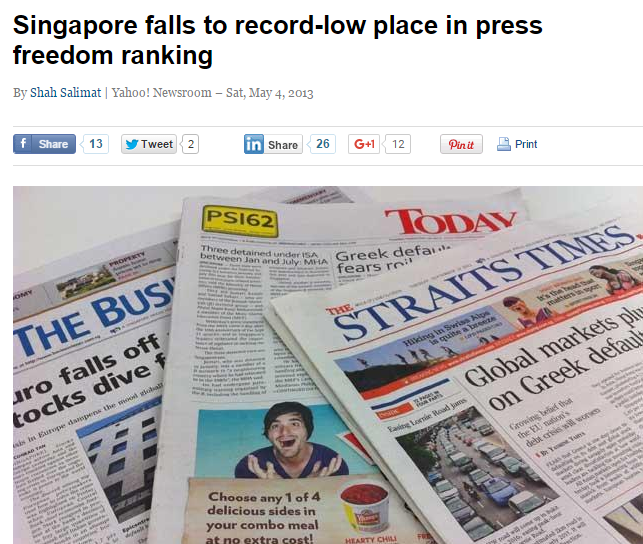 Our press rankings have been slipping down yearly with the latest rating at a historic low of 153 out of 180, according to Paris-based watchdog Reporters Without Borders.

The government has controlled our press and TV so that it can influence the masses especially during the crucial general election. Information is mostly slanted to benefit the ruling party and this press behaviour is not unlike that of communist bloc countries like China or Russia.

Propaganda messages were played and re-played again during the recent election so that the large middle ground is influenced to vote for the ruling party.

It’s worth noting that in 2013, Singapore’s press freedom ranking was ranked at 149th in the world, tied with Afghanistan and Iraq.

Since then, TheRealSingapore has been shut down, his Reform Party colleague Roy Ngerng has been sued for defamation over things he wrote on his blog, and 16-year old youth Amos Yee has been sent to reformative training and later IMH over a YouTube video.

Draw your own conclusions.

And more importantly, is complaining (to the UN no less) going to achieve anything?

We think Mr Gilbert Goh must have heard Reform Party secretary-general Kenneth Jeyaratnam’s words when he said after the elections: Maybe if complaining to Singaporeans isn’t achieving anything, then bo bian, must complain to outsiders liao.