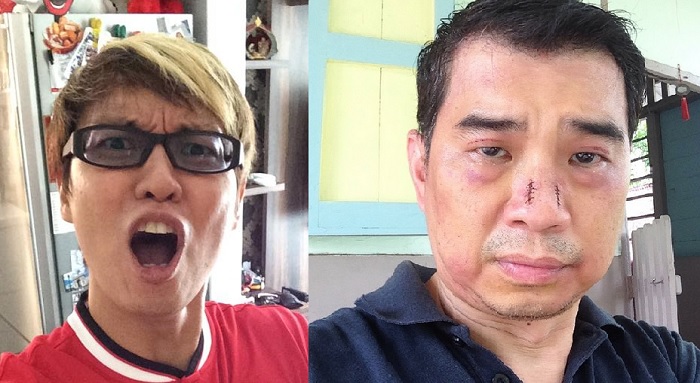 Glenn Ong has had a lot more time on his hands since leaving Mediacorp in January, and this past week, the former DJ sat down and watched Channel 5’s local sci-fi offering, 2025.

We’ve mentioned the drama before in our pages, concentrating on stuff that we can apparently expect in the next 10 years. But Glenn chose to comment on some other things that he saw.

Anyone watching 2025 on Ch5? I officially declare it the worst local drama series of all time! At least VR man was funny! ✌️

Turns out, Nicholas Lee is one of the producers of the TV show, and he wasn’t too happy with Glenn’s verdict.

Ahem. Yes, it would appear that Nicholas, who played Ronnie in hit sitcom Under One Roof, is rather displeased. He might also want to watch his language there. Kids are reading this. Not to be outdone, Glenn posted a lengthy reply on Instagram. 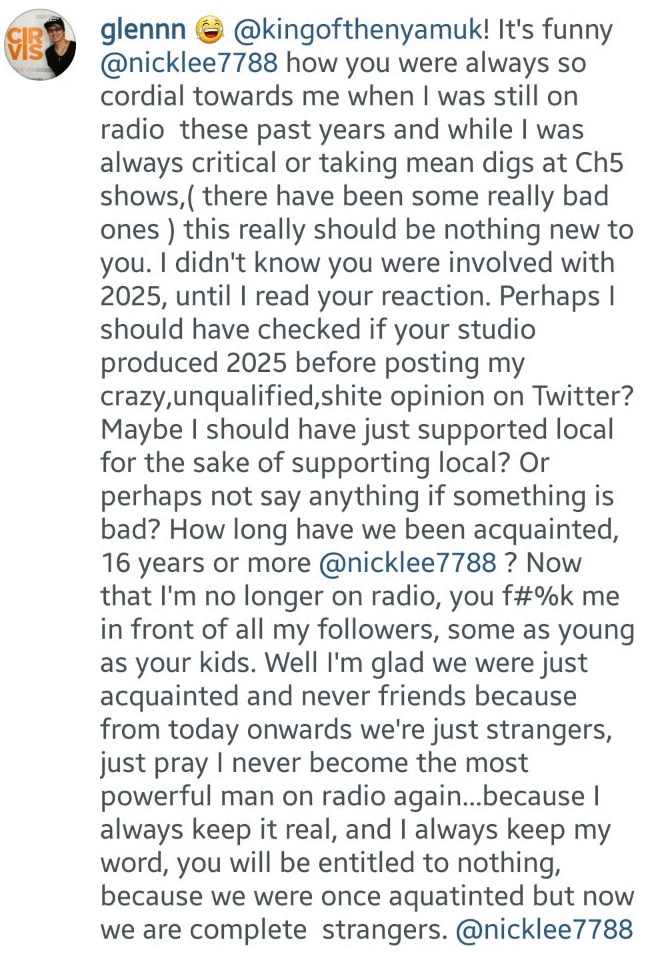 Hmm. Looks like this feud isn’t going to stop anytime soon, not after Glenn posted this picture.

I apologize to “Nicholas Lee is Ronnie”, for not liking his TV show 2025. #willprobablywinanasiantvawardanyway pic.twitter.com/O1F0O6TPtO — Glenn Egoman Ong (@GlennEgoman) February 16, 2015

At least 2025 star Shane Mardjuki had a sense a humour about the whole thing.

So who is the idiot here? Let us know what you think! 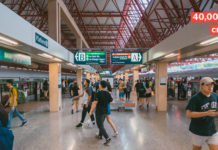