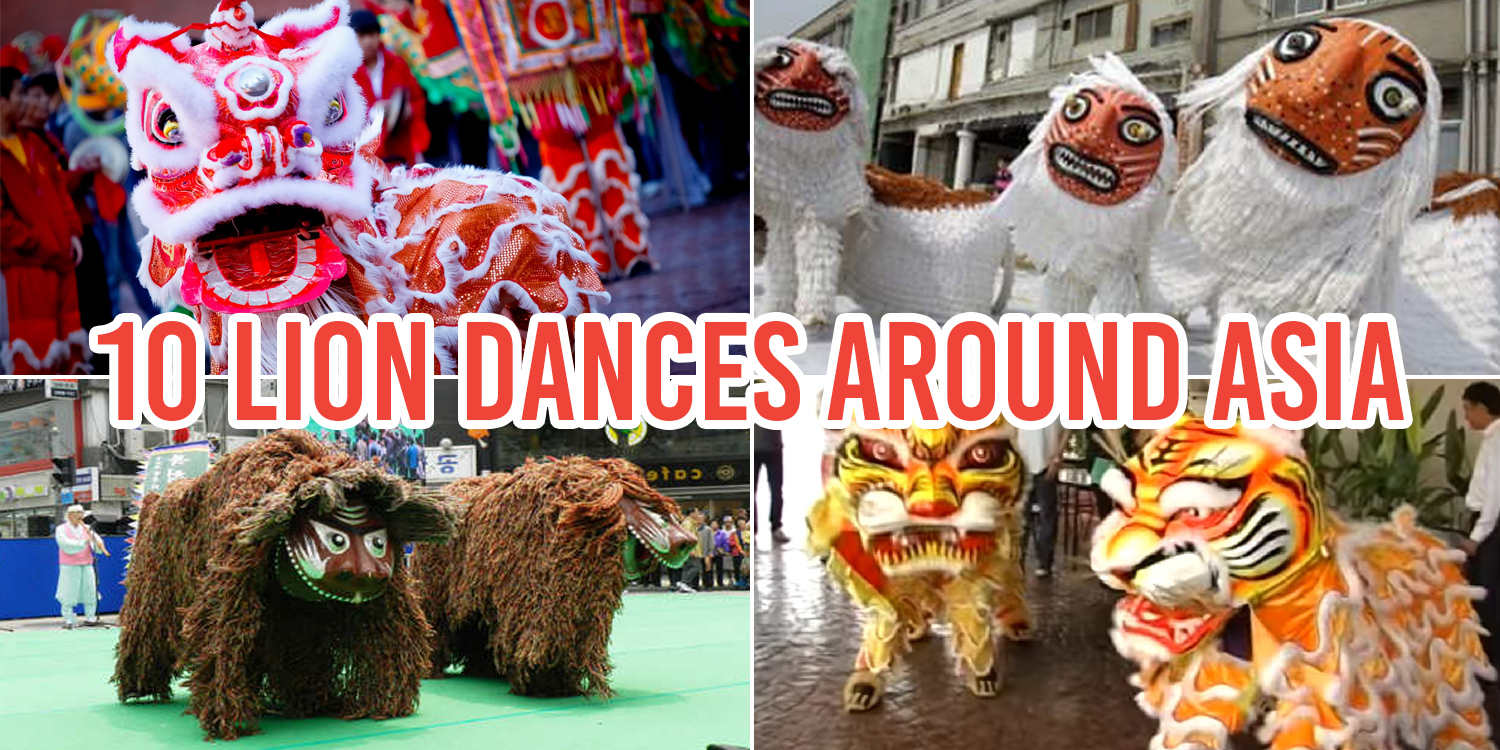 Singapore’s Lion Dance Isn’t The Only One In Asia

Lion dance season is upon us again, which means Chinese New Year (CNY) is fast-approaching. And as we usher in the Year of the Pig, let’s look at how other cultures perform the traditional dance. But first, a short history of the one we know so well.

The lion dance we’re used to was introduced to Singapore by Chinese migrants who moved here in the late 19th century.

The traditional performance was originally used to exorcise a demon – known as Nian – from houses. Migrants believed the demon wreaked havoc and they performed the lion dance to scare it away.

I am Nian, hear me roar!
Source

But now, the dance plays an important role in preserving traditional culture. In fact, some consider it an integral part of the annual CNY celebrations.

They are also associated with prosperity and good luck, which is why they are performed at weddings and business openings.

Now let’s go around the world and find out how lion dances are done elsewhere.

Perhaps the most well-known on the list is the Chinese Southern Lion. 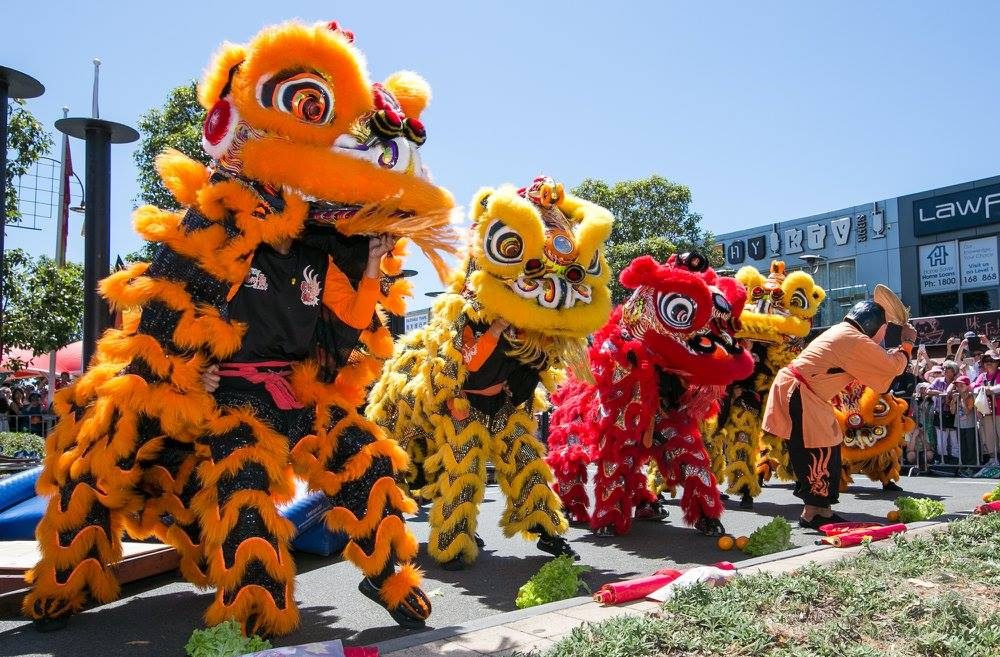 It originated in China’s Guangdong province and is performed in two styles.

He Shan is more popular as it is more acrobatic and elegant. It’s also the most common in Singapore.

The lions come in different colours and each colour signifies the age of the lion:

Alternatively, they may also symbolise the following character traits:

And they’re not just limited to the traditional versions too, check out this dazzling LED version of the Southern Lion:

And Hong Kong’s unique take on the performance: 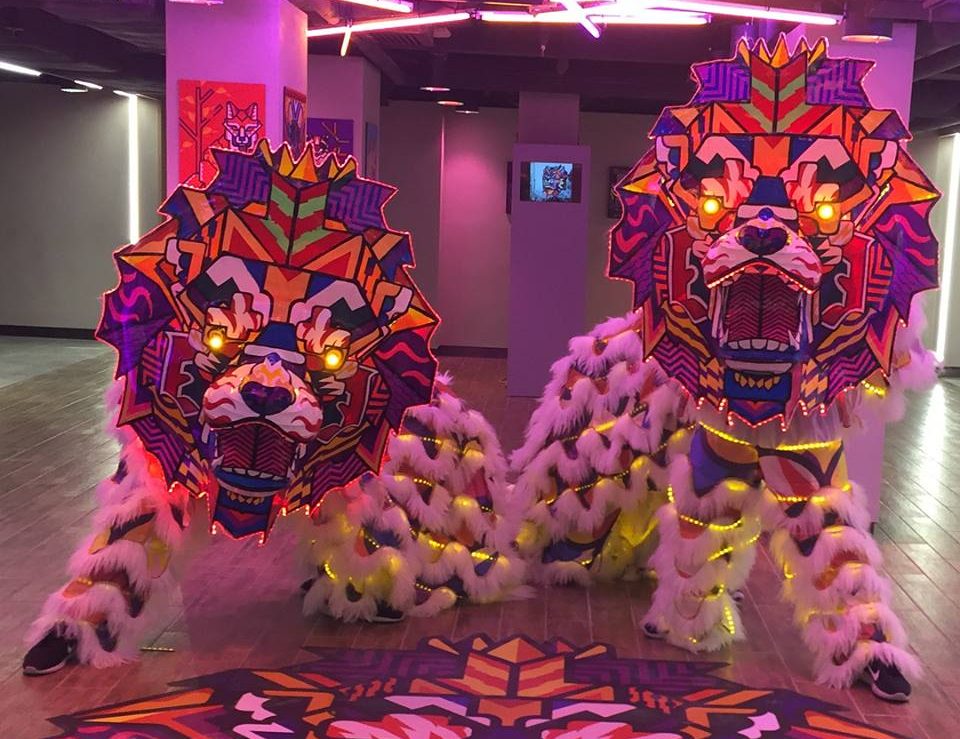 This variety resembles Chinese guardian lions, which can be found outside temples. 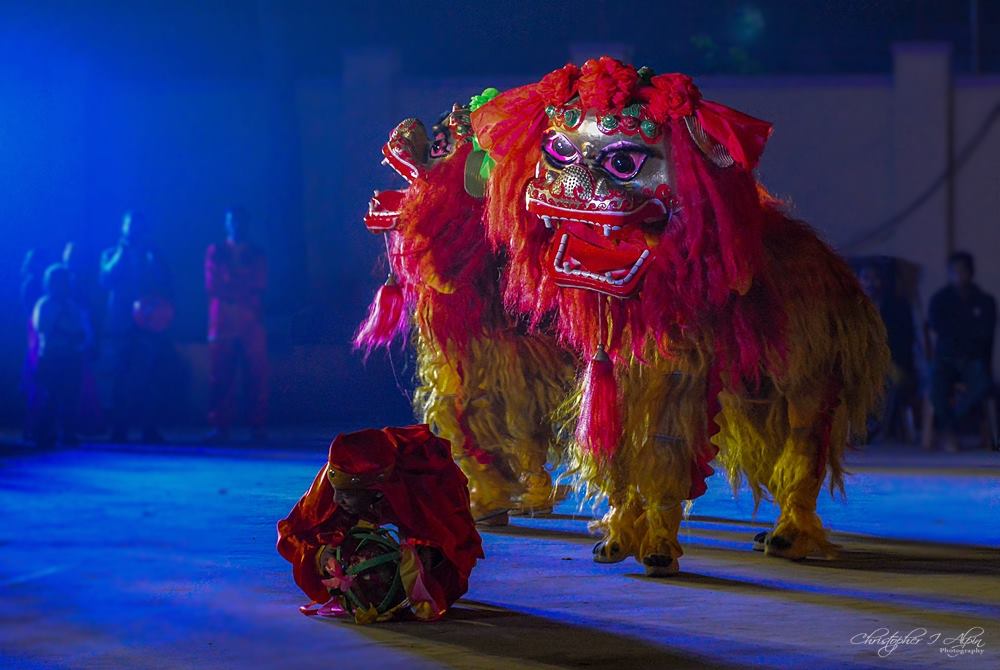 As its name implies, the Northern Lions originated from northern China. They are shaggy in appearance and come with  golden head and red, yellow or orange body.

Their performances often feature a male and female lion, although the female lion also sports a mane. The dances are usually more playful than the Southern Chinese Lion’s and can sometimes include a “family” of lions. These are led by a warrior, who can be identified by the spherical object he’s holding. But sometimes, the performance is made up of just one small lion.

Next, we have the green lion dance which originates from the Chinese province of Fujian. 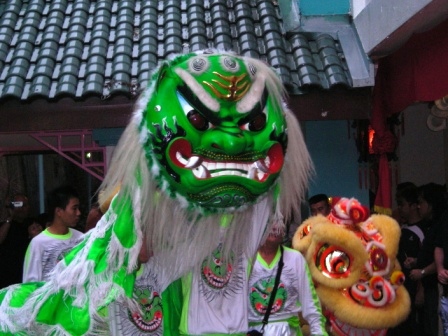 There are some varieties of the Green Lion: the most notable is the Green Face Sword Lion. This variety is a grave reminder of the destruction caused by the Qing dynasty during its conquest of southern China in the mid-17th century.

The aggressive and fierce appearance of the Green Lion was originally intended to alarm people and make them tremble with fear. 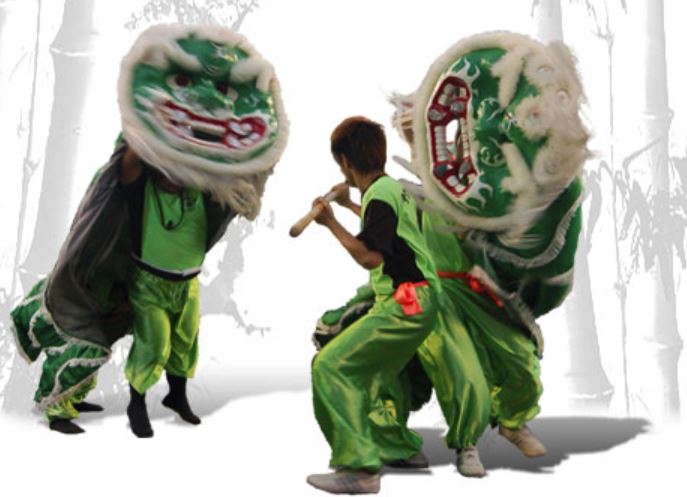 However, other less aggressive forms do exist, such as the Green Lion with White Eyebrows and the Child Lion.

Proof of the lion’s political importance was evident in 1912, when a special performance was held to commemorate the downfall of the Qing Dynasty. During that show, the Green Lion was swiftly dismembered. 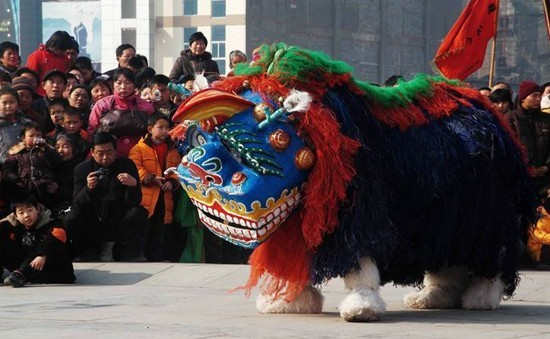 During the Western Han and Tang Dynasties, the Wen Lion was created as a means of expressing boredom with years of war. It also signified the people’s desire for peace.

Its costume and dance shows off the gentle side of lions, instead of the usual brash and fierce performances.

The Vietnamese lion dance is known more commonly in the country as the unicorn dance. For one, they are made without a “horn” to keep the lion safe from damage.

The dance is performed in pairs, as one partner is believed to represent the spirit of the earth. This partner has the power to “summon” the lion.

It is believed that over 9,000 different variations of the lion dance exist in Japan. 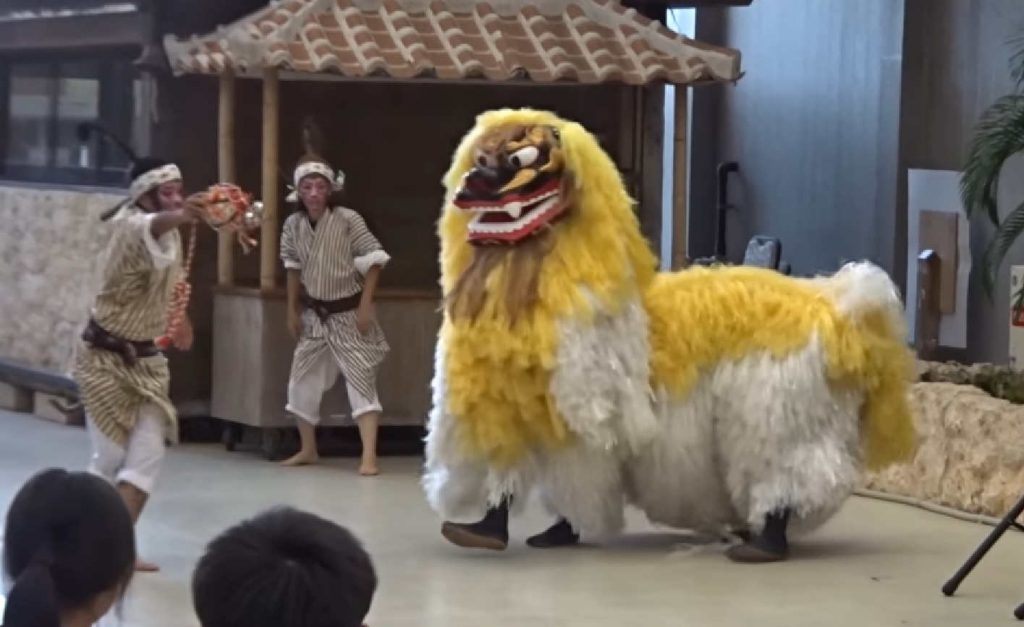 Having been imported from China during the Tang Dynasty, the Japanese lion is associated with the celebration of Buddha’s birthday. But it is also performed during the Lunar New Year to bring in good luck. 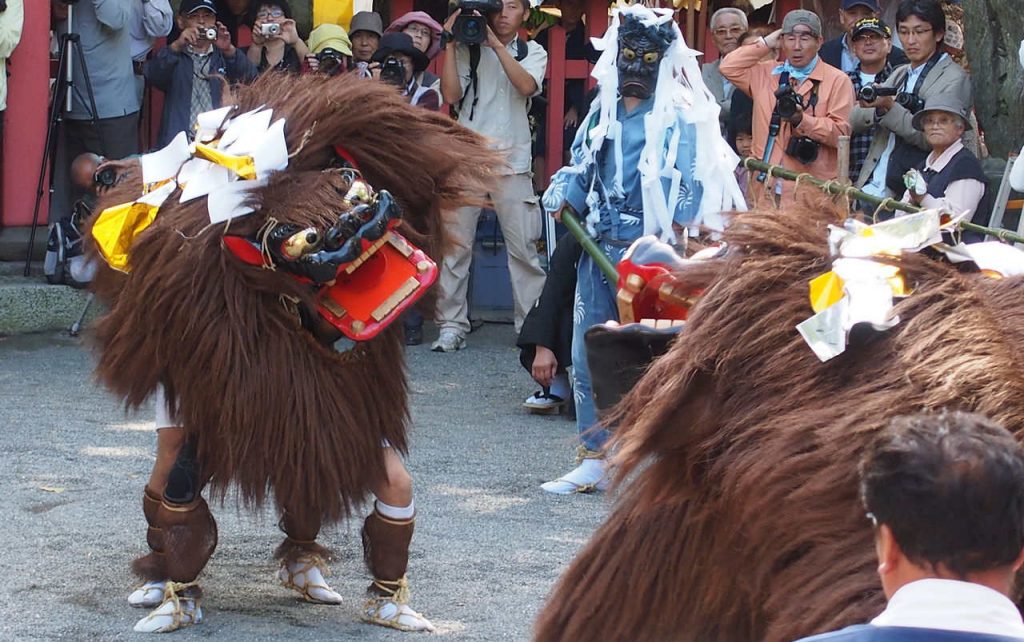 Can you count how many variations of lions are present in  the following video alone?

It’s also considered to be good luck for people to let the lions bite their heads. 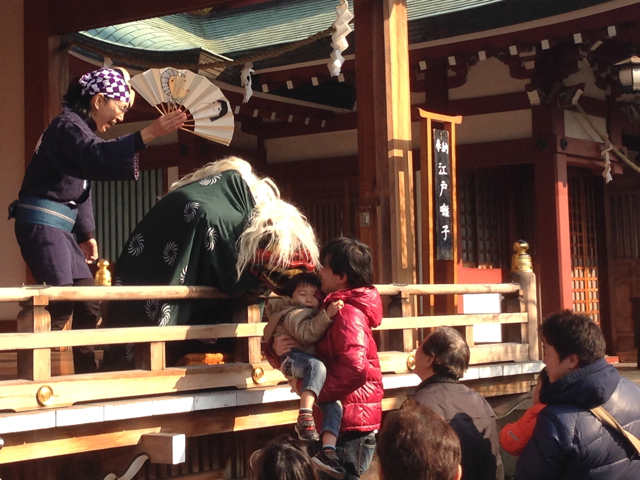 So be sure to stand in line and offer the lion your head when it comes to the edge of the stage at the end of its dance.

The first, sajach’um, is generally performed in association with masked dramas. 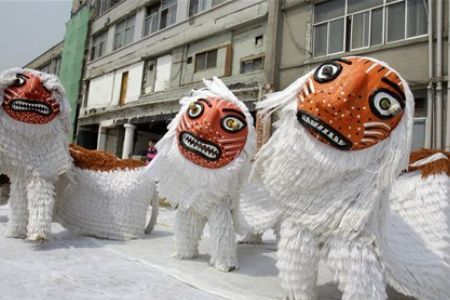 The masks feature rolling eyes and bells, which are meant to frighten demons.

On the other hand, the saja-noreum is performed as an exorcism ritual to expel negative spirits, much like the Southern Chinese Lion. 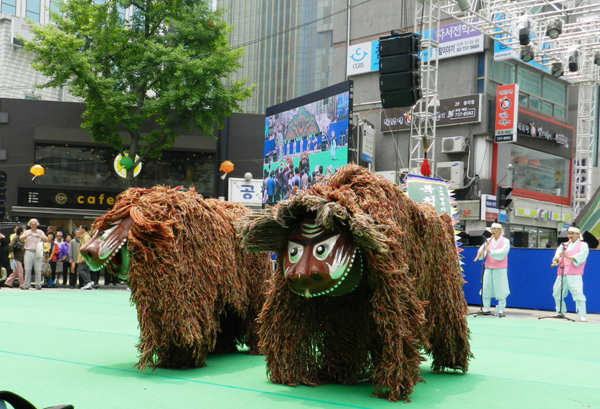 These lions are usually large and brown. Koreans believe that kids who sit on the backs of the lions during the dance will enjoy a long and healthy life.

Tibet and the adjacent Himalayan mountains are home to these mythical snow lions. Covered in white fur, the snow lion is regarded as an emblem of the region and represents its snowy mountain ranges and glaciers. The colour can also signify power, strength, fearlessness and joy, and is considered highly auspicious.

They are generally seen during Buddhist Festivals and of course, the Lunar New Year.

Locals have gradually developed their own unique style of lion dance, known as barongsai. 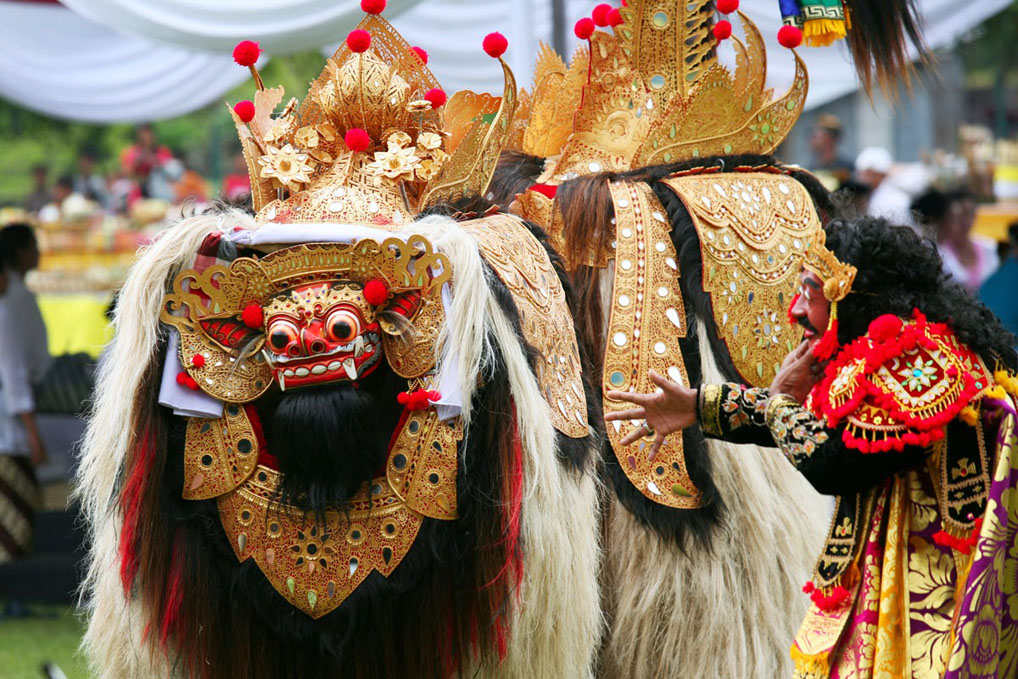 Like in Japan, lion dances in Indonesia vary from region to region.

Take the Reog dance in Java. This variety is best-known for its gruelling nature: dancers carrying a lion mask that weighs about 30-40kg, supported only by the strength of their teeth. The mask is known as the Singa Barong and is considered the world’s largest mask. Spanning over 2.5 metres long, it is fitted with genuine tiger or leopard skin as well as peacock feathers.

Last but not least we have Malaysia’s answer to the traditional lion dance: the Tiger Dance. 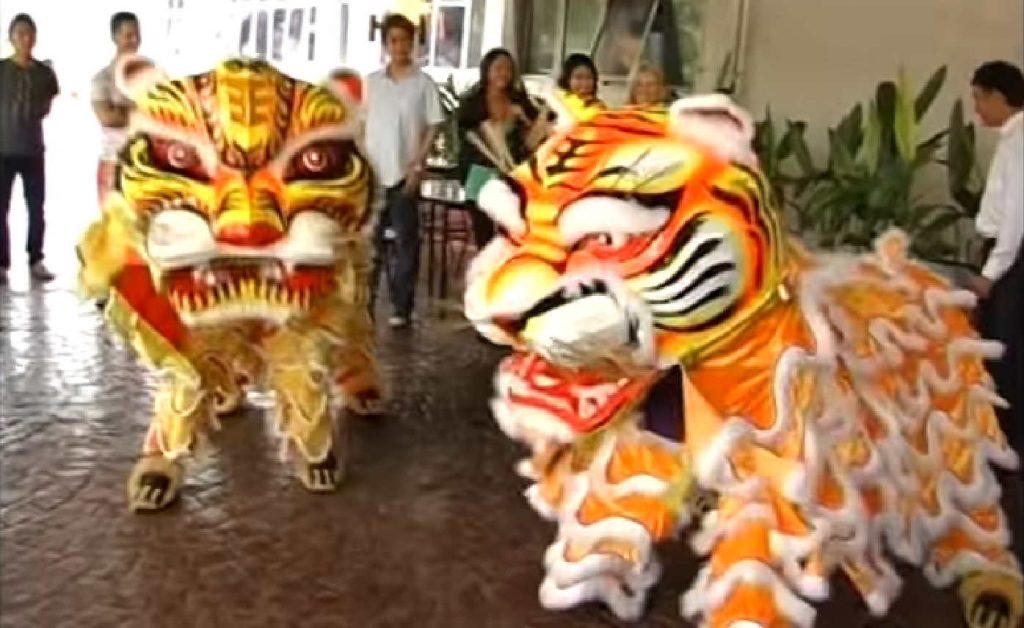 In the 1970s, a Malay politician criticised the lion dance for not aligning with Malaysia’s geography, suggesting it to be changed to a tiger dance instead.

However, it was only in 2010 that the tiger dance made its debut in the country.

But it isn’t a Malaysian dance. The tiger dance’s origins can be traced back 300 years to the village of Lo Wu in southern China. The village chief had the dance performed whenever local militia left for expeditions.

Master Siow Ho Phiew, a seminal figure in the world of lion dancing, introduced the form to Malaysia.

And these tigers don’t just groove to traditional music; check out this clip of them shuffling to LMFAO’s Party Rock Anthem.

Sure it may be unorthodox but it’s pretty entertaining — the crowd certainly seemed to enjoy it.

Many more to be discovered

There you have it, a list of the different kinds of lion dances found across Asia. What do you think of some of the types?

Let us know if we’ve missed out a prominent kind of lion dance! 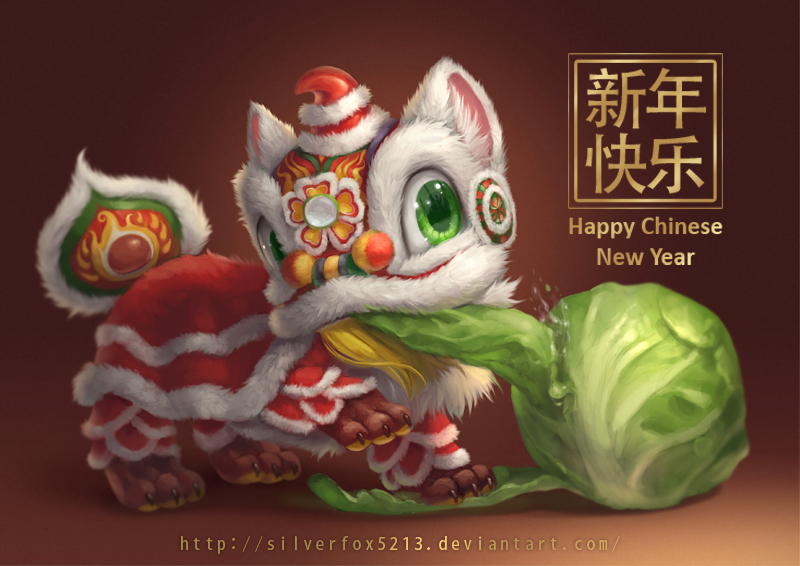 Meanwhile, the team at MS News would like to wish our readers a Happy Chinese New Year. 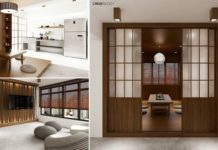 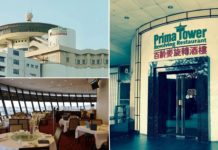 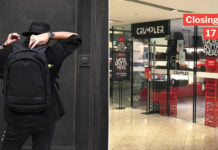 Crumpler Wheelock Outlet Has Closing Down Sale, Up To 50% Off Till 20 Aug