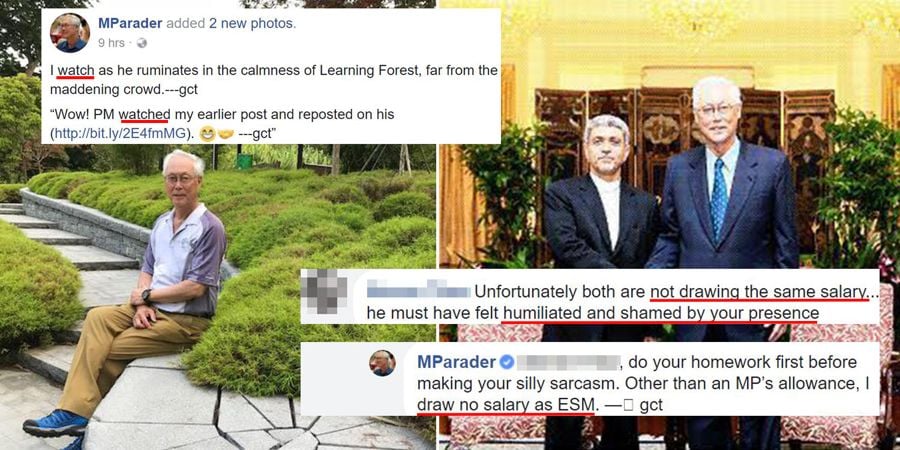 To usher in 2018, Emeritus Senior Minister (ESM) Goh composed a heartfelt Facebook post that would set the political tone for the year to come.

He set out a timeline of “6 – 9 months” for a decision to be made regarding succession of the PAP’s leadership.

This sparked off a lengthy chain of events — national discussions and rife speculation about the potential front-runners for the top post of Prime Minister (PM).

But ESM Goh wasn’t finished yet.

He left his trademark sass in a Facebook post about a former Iranian minister and had sarcasm leftover for an ignorant netizen who dared to challenge him.

You can view his post in full here. We summarise his epic clapbacks after the jump.

An epic clapback that deserves mention

Having come out of a meeting with former Iranian Minister of Economic Affairs and Finance, Ali Tayebnia, ESM Goh posted about the similar role he shared with his Iranian counterpart.

Cheeky, ESM Goh. We see you. But as they say, the real drama always happens in the comments section.

ESM Goh then dished out a major burn to a slightly uninformed Facebook user who implied that ESM Goh was drawing an overly high salary.

With a display picture that stated “I love my country | I’m ashamed of my government”, the very partisan netizen was put down in a ruthless fashion.

As ESM Goh clarified masterfully, he in fact drew no salary in his position as Emeritus Senior Minister.

Having your cake and eating it

Ever able to find the magic in the mundane, he turned a leisurely morning stroll at Botanic Gardens into another chance to certify his status as a master voyeur.

Watching a man gaze into the endlessly reflective waters of the Learning Forest, ESM Goh was certainly enjoying his privilege of “watching things happen”.

Realising that he was toying with dark powers of satirism beyond his ken, PM Lee folded due to the combined sarcasm of ESM Goh’s double rejoinder, acknowledging his predecessor’s wit.

Anyway, this seems to be the end of the mini-exchange between our second and third PMs.

ESM Goh has racked up years of experience in the local political scene, so it’s best not to run afoul of him, especially on social media.

For the all important matter of PM succession, however, it seems like we’ve still got a long wait ahead of us. 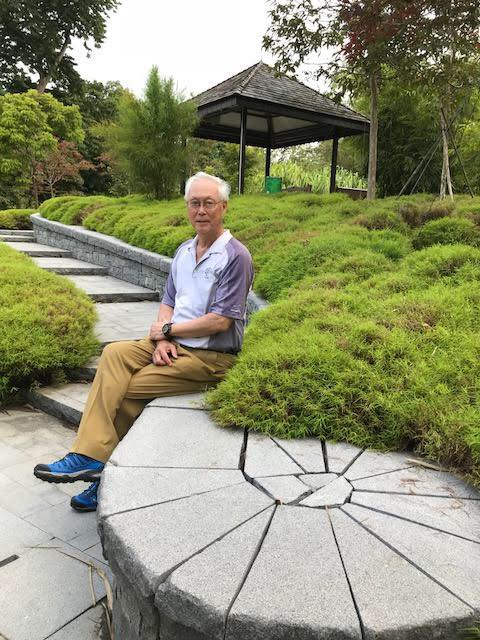