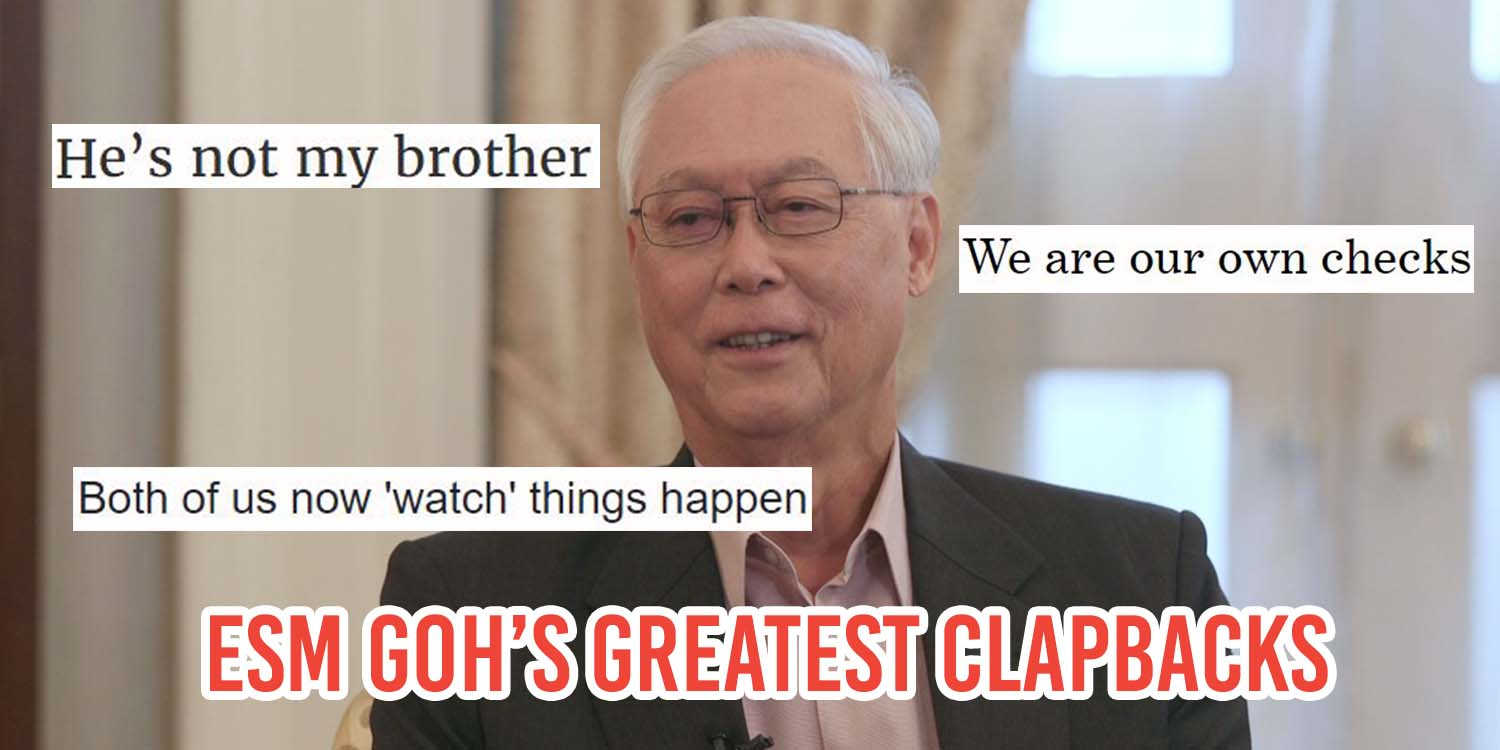 Emeritus Senior Minister (ESM) Goh Chok Tong has delivered some of the best zingers in local politics since taking office in 1976.

It’s become clear that the former Prime Minister has never been one to shirk away from a good verbal joust, be it with someone from the Opposition or his own party.

This means that there’s no shortage of witty remarks, metaphors, shade and burns when he’s around.

So we at MSN did what ’90s kids did for their crushes: a mixtape of MParader’s Greatest Hits.

This magnum opus promises to be all killer without any filler. So let’s put needle to the vinyl and embark on a lesson in snarkery, shall we? ESM Goh responded with a legendary statement which will likely go down as one of his most memorable:

I will be very brief. The response by Low Thia Khiang is not unexpected. I expected that. This is what we call political sophistry. And as for Tang Liang Hong, he is not my brother.

ESM Goh has recently been a busy bee on social media. His post setting out a timeline of “6 – 9 months” for a decision to be made on the PAP’s 4G leadership sparked a frenzy of speculation and discussion.

Even PM Lee commented on the matter, saying:

ESM (Goh) is speaking with the privilege of watching things rather than being responsible to make it happen. I think we know it’s a very serious matter.

ESM Goh might have taken a while to reply, but he was just taking the time to reload.

His riposte came in the form of a sly reference to PM Lee’s comments. He put out a Facebook post regarding his meeting with former Iranian politician Dr Ali Tayebnia, and cheekily stated that they both ‘watch’ things happen in their current roles.

Any professional knows that one always gives the audience what it wants.

ESM Goh seems to be a fervent adherent of this approach, because he released a “follow-up single” just three days later.

Ever able to find magic in the mundane, he turned a leisurely morning stroll at Botanic Gardens into another chance to throw shade.

Watching a man gaze into the endlessly reflective waters of the Learning Forest, ESM Goh was certainly enjoying his privilege of “watching things happen”.

For both posts aimed as a jab at PM Lee, there were netizens eager to criticise ESM Goh.

There was this guy who implied that ESM was drawing an extravagant salary:

Which resulted in the MParader himself putting down the netizen in a ruthless fashion:

With the first heckler down,  ESM Goh shifted his focus to a netizen who tried to correct his vocabulary:

The foolhardy challenger was swatted away like a fly. His contribution, however, was noted with a curt “thanks”:

One of them was a poll that asked Singaporeans if they were prepared to lay down their lives for the country.

ESM Goh was understandably upset at the responses, which included some that said they felt “no sense of belonging here”. To them, he said:

Fair-weather Singaporeans will run away whenever the country runs into stormy weather. I call them “quitters”.

ESM Goh used ever-popular chilli crab as he commented on the redrawing of electoral boundaries in 2011. He famously said,

Good chilli crab will sell, no matter where the stall is located. 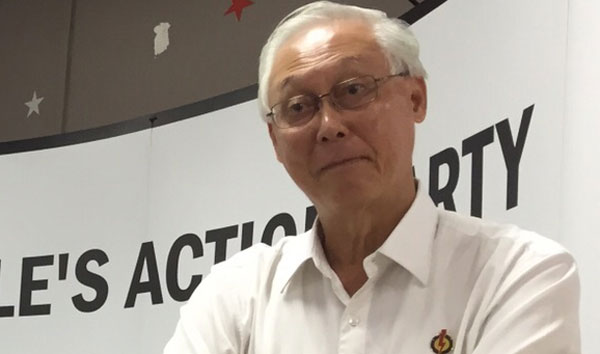 Perhaps he prefers the opposition focus on improving the quality of their chili crab, instead of complaining about the continually-shifting boundaries.

In a magazine interview in 2003, ESM Goh revealed a policy change that let the Government employ homosexuals, even in sensitive positions.

Holding a remarkably progressive view for the time, he said,

In the past, if we know you’re gay, we would not employ you. But we just changed this quietly. We know you are. We’ll employ you.

Claiming that Singaporeans would understand the issue better in time, ESM Goh expressed his opinion that some people are “born this way”.

Quite an opinion to have at the time, since a 2000 survey fond that 90% of Singaporeans would be upset to discover their child, brother or sister was gay.

Hopefully, we’ve moved away from that type of thinking.

Who knew that ESM Goh was an ornithology – or bird – enthusiast?

No one, apparently. Which was why his recent Facebook post got so much attention. In it, he reported the results of the successful tracking of a rare bird species known as the Workus partus.

This was after WP set up its new headquarters in ESM Goh’s Marine Parade constituency. Always happy to sneak in a cheeky jab, ESM Goh welcomed his political rivals to his “well-managed” constituency. He even invited the party to come to his Meet-the-People session if they had any issues.

You know what else is well-managed? His wit.

9. Said the fox to the farmer…

ESM Goh stepped into the ring during 2016’s by-election in Bukit Batok.

He insinuated that Dr Chee Soon Juan, the opposition candidate, was a fox, while Bukit Batok residents, were farmers. And what did the fox say?

Hire me to look after your hen house. I have the perfect plan. 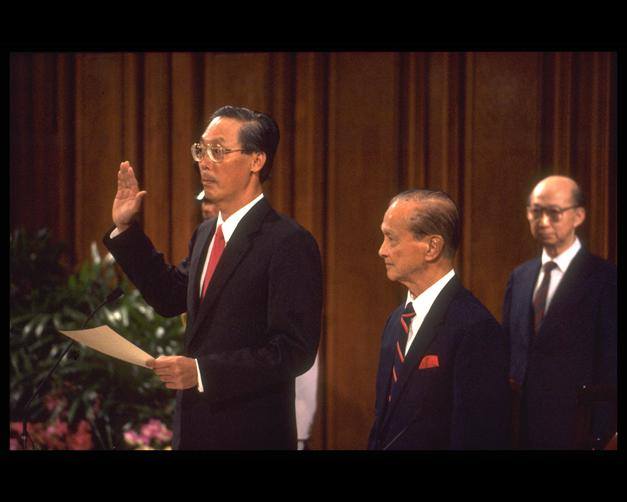 In an interview with the The Straits Times, ESM Goh shared his views on televising sessions of Parliament.

TV is a fact of life, and we can’t run away from it. So why not take advantage of it and let Singaporeans get educated?

It is interesting to see that ESM Goh has been in support for televising Parliament for 30 years. Especially since arguments over the issue persists to this day.

ESM Goh pulled no punches when expressing his disappointment at the mounds of litter left behind by goers to Laneway Festival 2015. 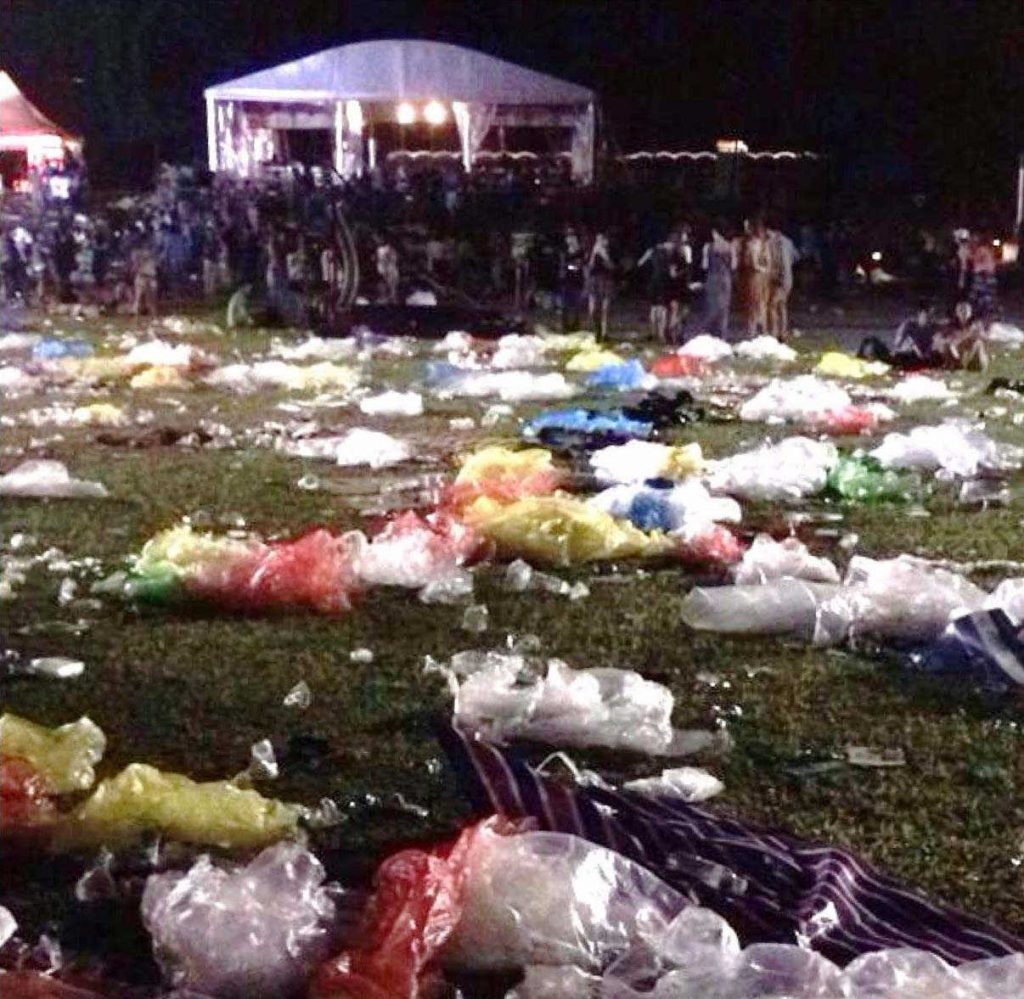 “Cleanliness is a character thing. It shows who you really are,” ESM Goh stated in a Facebook post laced with disappointment. He also opined that if it were not for foreign workers, “Singapore is likely to become a ‘garbage city’.”

Perhaps the most famous line of the 2015 General Election.

ESM Goh described the WP’s call to elect more opposition members into Parliament as a “seductive lie”. He then suggested that opposition-led checks and balances are unnecessary, as “we are our own checks“, a quote that Aljunied GRC MP Pritam Sigh was quick to jump on.

The phrase has made it to the annals of Singapore political history and it’s easy to see why: catchy, short, succinct and rich in meaning, it has all the makings of a chart-topper.

ESM Goh will be 77 this year and the man has shown no inclination of wanting to step away from the limelight.

With his most recent burn coming in February 2018, we bet that he still has a lot left in the tank.

The banter train chugs on.

Featured image from the Institute for Societal Leadership.