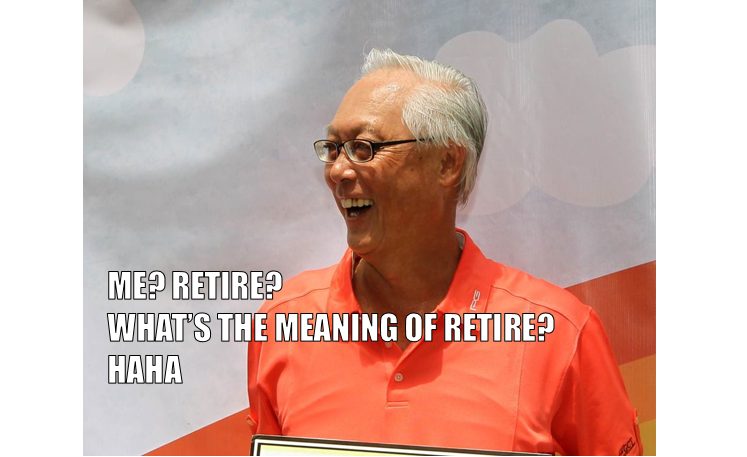 He heeds the call of the people as always!

Today (4 August), Emeritus Senior Minister (ESM) Goh Chok Tong revealed the team that the PAP will likely field in the Marine Parade GRC on MParader that contains a pleasant surprise.

Nope, the absence of Member of Parliament (MP) Tin Pei Ling and the addition of MP Edwin Tong were both expected and is not the pleasant surprise.

MP Tin will most likely be leading the MacPherson Single Member Constituency (SMC) by herself while MP Tong was spotted walking the Joo Chiat ward (now absorbed by Marine Parade GRC) earlier in the weekend.

The pleasant surprise was that the likely PAP team comprises of ESM Goh himself.

Initially, ESM Goh was thought to be stepping down by the coming General Election, since he was the oldest MP around.

However, the 74-years-young former Prime Minister reveals that he may just heed the call of his residents and stay on and contest in what will most likely be his final General Election.

ESM Goh confirms that he will finalise his decision at the Marine Parade GRC’s National Day dinner next Friday (14 August).

Thus far, the PAP team at the Marine Parade GRC may have been the first to finalise their lineup for the coming General Election — but truly, ESM Goh announcement on his likely participation in the coming election is what really excites us. Featured Image via MParader
With references from Facebook, Channel NewsAsia, The Straits Times