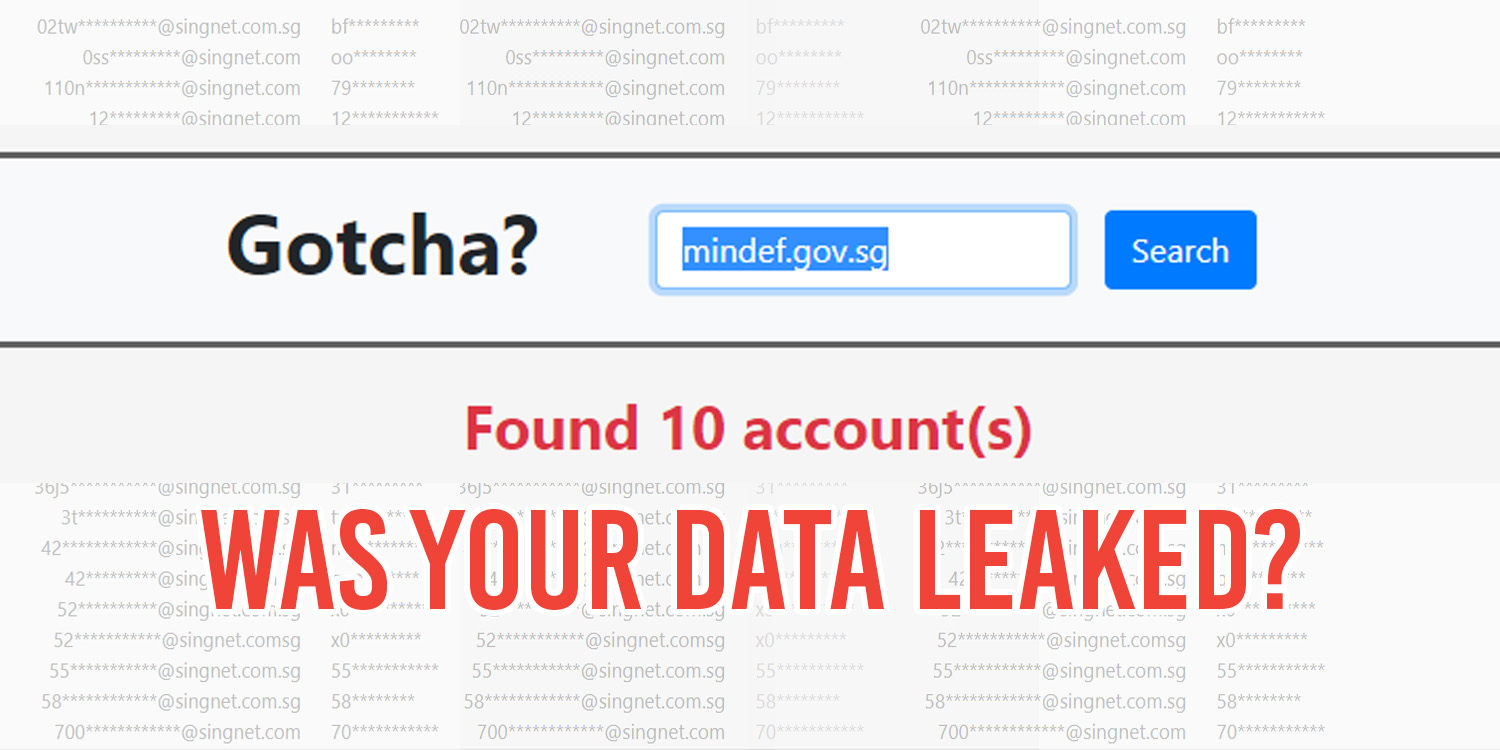 One even affected the Ministry of Defence (MINDEF) last year.

So it’s no wonder that people are worried about the safety of their information online.

To allay their fears and ease their minds, a new database has been set up to let users know if their login credentials have been compromised.

Users just have to log on to Gotcha and key in their email or domain to see if their accounts were leaked. 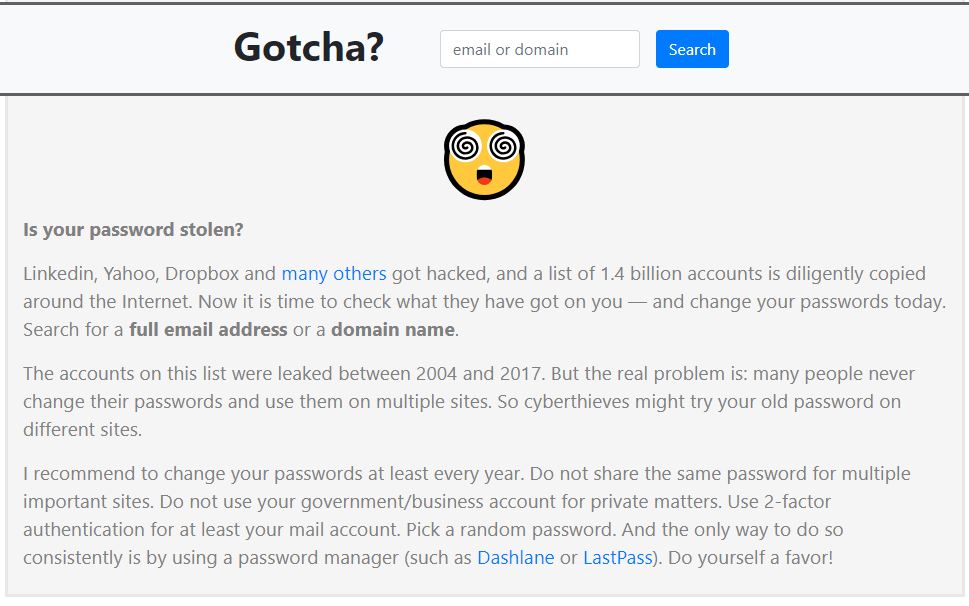 535,000 “.sg” accounts compromised, including defence-related ones

The Straits Times (ST) reports that data hacks have affected more than half a million Singapore accounts.

These were largely tied to LinkedIn, Yahoo Mail and Dropbox accounts used between 2010 to 2016.

Of these, more than than 300,000 were registered on Yahoo Singapore. The others were email addresses belonging to SingNet and Microsoft Live.

Worryingly, some of these were registered with MINDEF and the Defence Science and Technology Agency. 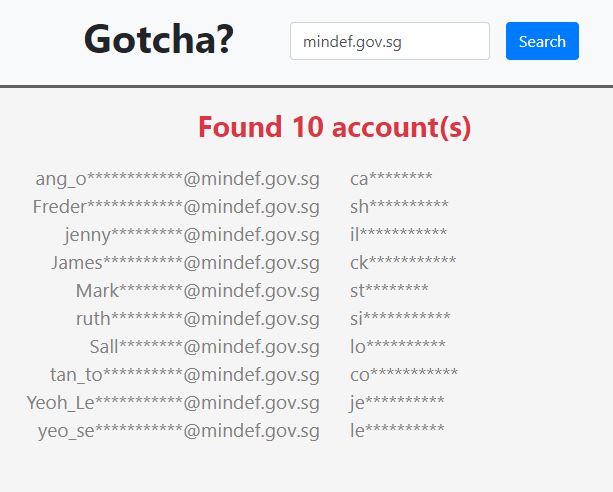 But thankfully, the Cyber Security Agency of Singapore and GovTech have confirmed that there’s no evidence that government systems have been compromised.

In what could be the most exciting thing to happen to ST this year, the newspaper said that it was alerted to the database through an anonymous tip-off.

Signing off as “d0gberry”, the tipster said he set up this searchable database after discovering his own credentials had been breached and were circulating online.

Netizen d0gberry claims to have spent just half an hour to locate a 9GB file containing a list of email addresses and unencrypted passwords.

He sent The Straits Times 500 of these in an email.

The newspaper verified that the breached passwords in the database were authentic by checking them against some of the victims.

As Gotcha casually reminds users, there are simple steps you can take to avoid being the victim of data leaks:

To be safe, approach Gotcha with caution as well. After all, we don’t know if this could be an elaborate way of collecting more user data.