Disclaimer: All information below is based off facts presented in the official report of the Auditor-General for financial year 2014/2015.

Not your money, STILL anyhow use?

Willie Tan Yoke Meng is the Auditor-General of Singapore. This means his job is to audit and report on the Government’s operations, with the ultimate goal of improving accountability.

He and his minions have been snuffing out government ministries and statutory boards who have been a little naughty in the usage of public funds (aka the taxes we all pay).

And they’re so good at their job, an entire 72 page report was written about those caught red-handed.

We know you’re dying for the low-down on this whole kaypoh sesh.

But we also know you won’t be caught dead reading those 72 pages.

Well, someone still has to. 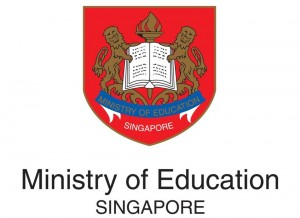 1. MOE gave out grants early based on the number students projected to be in AEM courses, instead of actual attendance as instructed.

This is like receiving cash from your bros to buy drinks for a post BMT house party. They were to WhatsApp you how many deprived soldiers want to get wasted while you’re on the way. You reach the store, your bro hasn’t texted you, but you cannot wait to get back to making eye contact with creatures with boobs. So you overestimate his popz-ness and get more drinks that needed.

Basically, MOE bought too many bottles for attendees.

When calculating the total amount of money to be spent on this assistance, MOH wrongly included an empty building and a car park that subsidised patients weren’t using.

ITE faced a $3.14 million over increase in the total cost of a construction project.

ITE inappropriately awarded additional variation works to its main contractor via three other contracts, when it was supposed to come under the main building works contract.

Also, they failed to alert relevant approving authorities that costs will be exceeded.

WDA gave out $170,100 worth of unnecessary grants under three different worker enrichment programmes, and lagged behind in taking back $461,000 worth of unused grants.

WDA gave out the grants to trainers when several trainees were yet to meet course fee-reimbursement requirements.

The delayed recovery wasn’t really their fault though, since it took trainers awhile to calculate how much was to be refunded.

WDA was too kiasu in being Santa Claus to trainees. 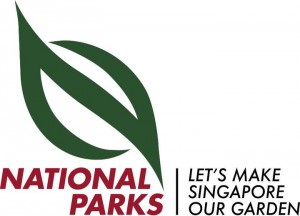 AGO found that NParks screwed up payment transactions surrounding the Gardens By The Bay project in these areas:

1. Making reimbursements worth $966,100 without supporting documents.

3. Accepting goods worth $35,500 even though they did not match the items procured.

The project was missing a financial monitoring system to manage transactions between consultants and contractors for their services.

Gardens By The Bay lacking a financial monitoring system = That awful moment when you’re about to sit for POA ‘O’ Levels and you realise you forgot…………………….

But chill, they’ve said sorry and faced the wall

All of our careless pals here have stopped being rebels after AGO called them out.

They’ve all done something to prevent the future mismanagement of our blood, sweat and tears:

Excess grants have found their way back to the agencies, they’re Whatsapping bros properly, and appreciating the beauty of a GPS.

So let’s all cut them slack (until next year).