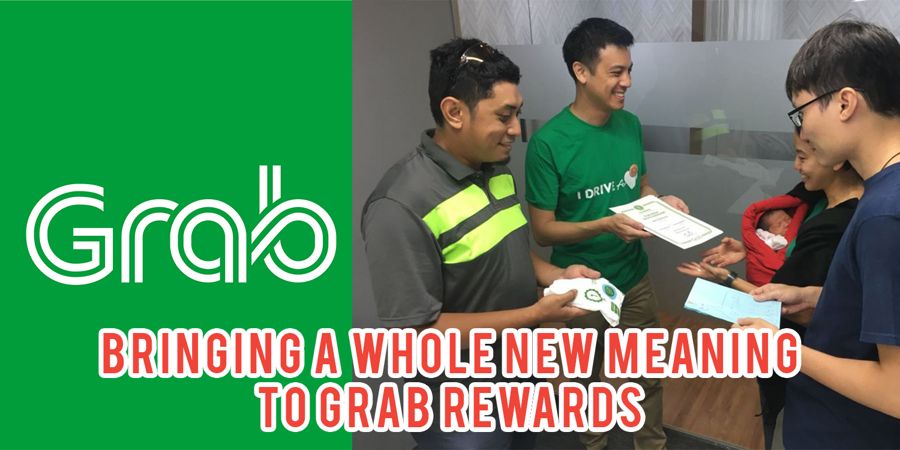 What was supposed to be a regular Grab ride to Mount Alvernia Hospital turned into a a different kind of delivery for Grab driver Mr Mohammad Fazli Bin Omar.

His passengers, Mr Reuben Chow and Mdm Cindy Lim, welcomed the birth of baby Elora-Fae Chow whilst in the backseat of his Toyota Altis on 21 Nov. 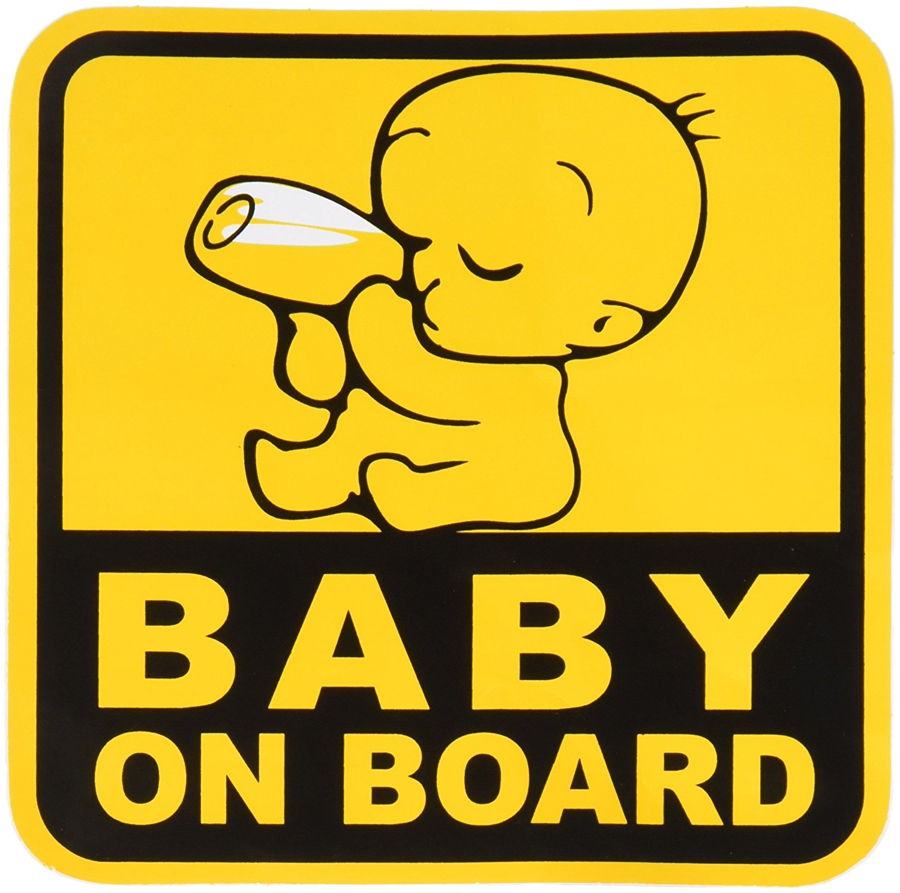 Now we have heard of Ubereats, but it seems that rivals Grab are gaining a reputation for being the best baby delivery service. After all this is the second time this year that a couple has given birth on board a Grab ride.

However, after just one to two minutes into the ride, Mdm Lim went into labour. This “definitely shocked” Mr Fazli but the Grab driver tried to remain calm and focused on driving them safely to the hospital.

According to Mr Fazli, it helped that the drive was a short one and the night traffic was smooth.

Why didn’t they take the ambulance?

Given the circumstances, you will not be faulted for questioning why Mr Chow and Mdm Lim did not call for an ambulance instead.

However, this is what the couple had to say about the entire event.

Mr Chow shared with MustShareNews that he had booked a GrabCar as his wife “wasn’t having any regular contractions at that point”.

Based on their prior experience with their two previous childbirths, Mr Chow was confident that the “entire labour process [would take] a couple of hours”. The fact that the Chow family’s house was just a 5-7 minutes drive away from the hospital added to his belief that he still had time.

This is probably a good time to believe in Murphy’s law that everything that can go wrong, will go wrong. Just moments before the couple left their house, Mdm Lim’s contractions intensified and escalated quickly.

Improvising on the spot, the couple delivered the baby in the backseat of Mr Fazli’s car.

After ensuring that Mdm Lim got the required attention at the hospital, Mr Chow offered to help Mr Fazli clean his car before parting ways.

The celebrate the birth of Elora-Fae Chow as well as the touching story, Grab Singapore decided to reward both Mr Fazli and the Chow family with Grab vouchers during a reunion on 13 Dec. 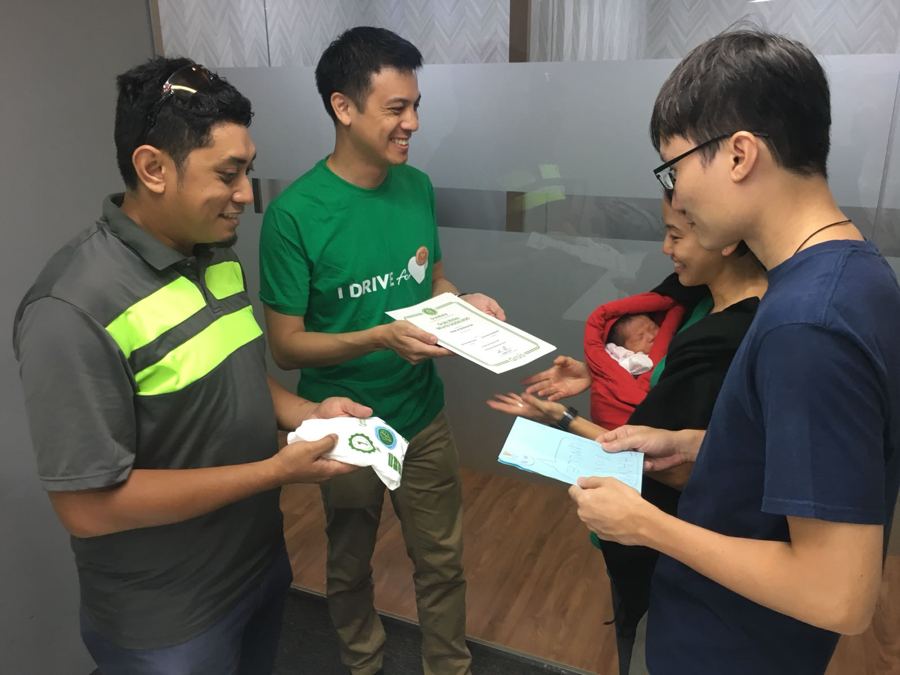 Mr Andrew Chan, Head of GrabCar Singapore presented Mr and Mrs Chow with a Grab voucher worth $8,000 in order to commemorate the second GrabCar baby.

But what about the calm and composed driver? Well, Mr Fazli was rewarded with fuel vouchers worth $800 for his 5-star service.

However, that was not all he left with.

Thankful for helping her parents as well as her new born sister, the Chow family’s 5-year-old daughter, Sarah-Ann, presented Mr Fazli with a hand-drawn card. 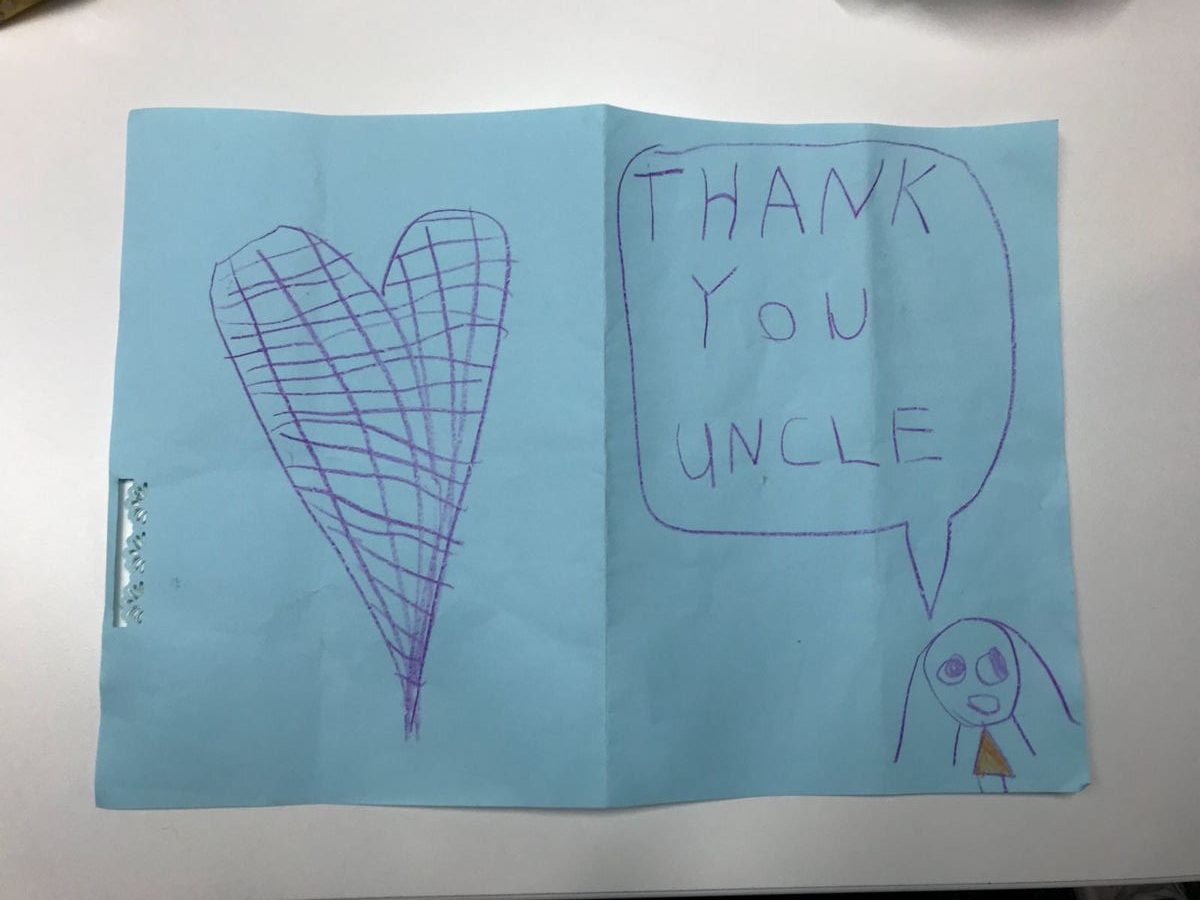 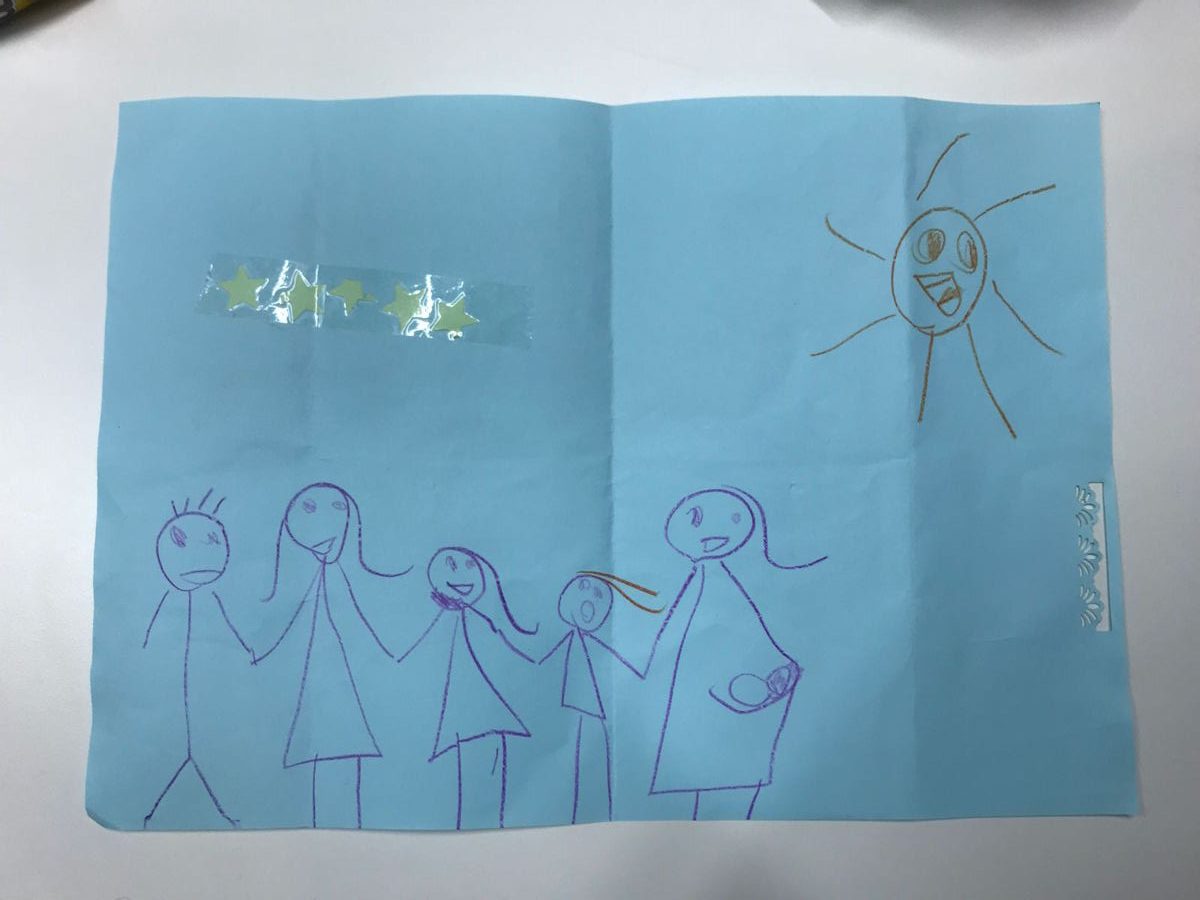 She even gave him a 5-star rating.

We salute all of you

It seems Grab heard us loud and clear when we mused about whether the company would adopt the tradition airlines have of rewarding parents when a baby is born on board their planes.

The MustShareNews team would like to congratulate the Chow family on the birth of their latest family member as well as Mr Fazli for his role in the delivery.

HDB Resident Shelters Dove Family From Rain, Looks After Them For Almost 1 Month