So it’s 7.30am and you’ve just reached Bukit Panjang MRT Station all ready for your commute to work when you notice the huge crowd by the gantry. 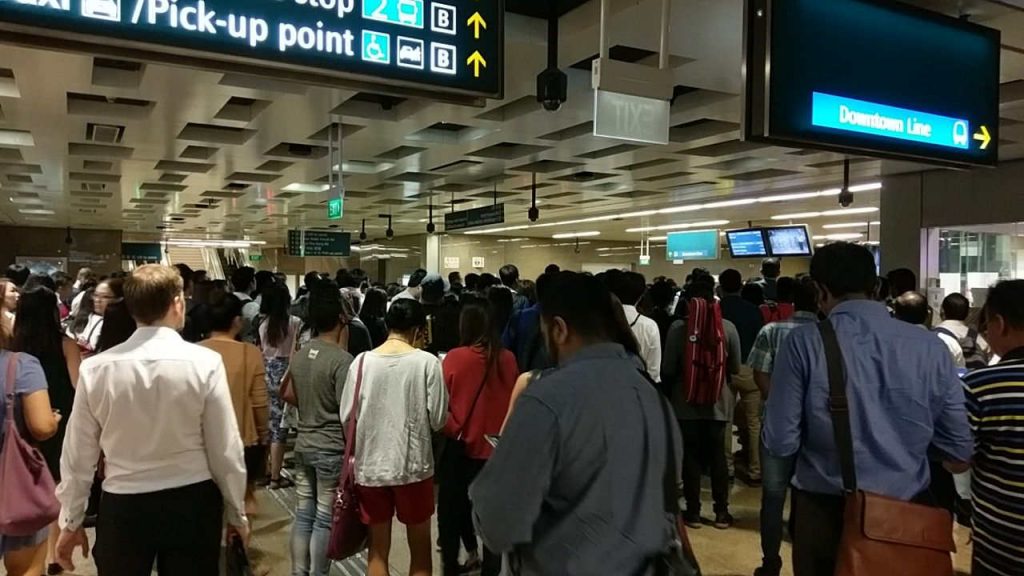 No worries, you think to yourself — there’s always Grab. Sure it’s going to hurt your wallet a little but at least you’ll still be able to get to work on time. 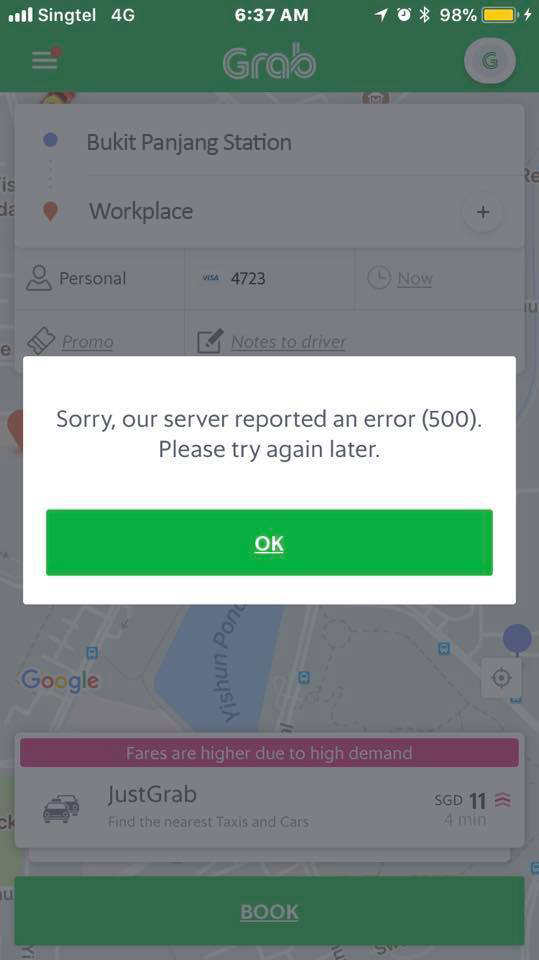 Are you telling me that both the Downtown line (DTL) and Grab is down at the same time?

Talk about being in the wrong place at the wrong time.

On Thursday (1 Mar), residents living along the DTL were treated to an unpleasant surprise when they were told to add a travel time of up to 15 minutes during their commute.

DTL SVC twds Expo & Bkt Pjg is delayed due to signalling fault. Add’l travel time of up to 15mins may be expected. Recovery works in progress. We are sorry.

According to the announcements made, the delay was caused by a signalling fault between Bayfront and Promenade stations.

Passengers were understandably upset considering how technologically advanced the DTL was compared to its North-South and East-West counterparts. 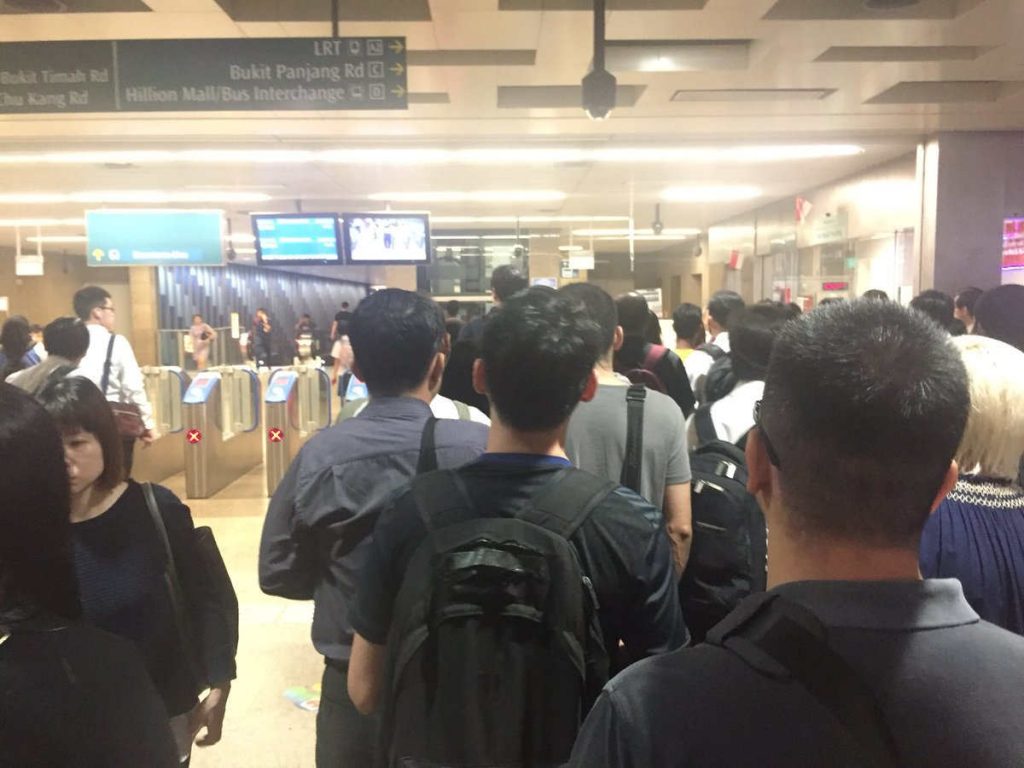 However, those affected reported delays longer than what was announced and took to social media to air their frustrations.

Many stated that instead of an overall 15-minute delay, the trains would halt at each station for 5 to 10 minutes — causing them to run late for at least 30 minutes.

However, the free passing bus services were only available between Bugis to Chinatown.

As a result, they were left with no choice – other than being late for work – but to fork out a little extra and Grab to work instead.

Just as the DTL was going through massive delays, ride-hailing firm Grab also reported a technical issue with their app.

Users islandwide initially reported that they were unable to make use of the ride sharing app.

This made it pretty much impossible for those living along the DTL to head to work.

Hi, sorry for the inconvenience, as of the moment we are experiencing technical issue, our engineers are currently looking into it and trying to fix the issue as soon as possible. Please bear with us in the meantime. We appreciate your patience.- Mary

During this period, Grab drivers were also reportedly unable pick up any customers.

According to Channel NewsAsia, driver Wenxuan Su couldn’t even log in to the driver’s app. This prevented him from receiving any jobs.

It wasn’t until shortly after 9am when Grab provided an update that booking of rides were available via cash and GrabPay linked cards.

What a crazy month March has been — and it’s only the first day.

At the time of this article, SBS Transit is still reporting a signalling fault between Expo and Bukit Panjang stations.

DTL svc btw Expo & Bukit Panjang is delayed due to a signalling fault. Additional travel time of 15 minutes may be expected. We are sorry.

However, if at this point you still aren’t at work you should probably just turn around and call it a day — if you can, that is.

While today’s series of unfortunate events might not have been as serious as that in the past, it’s still a sign on how reliant Singaporeans are on public transportation.

We can only hope that these failures serve as an opportunity for the transport operators to begin again, but more wisely.

Otherwise, we’ll have to start cycling to work.