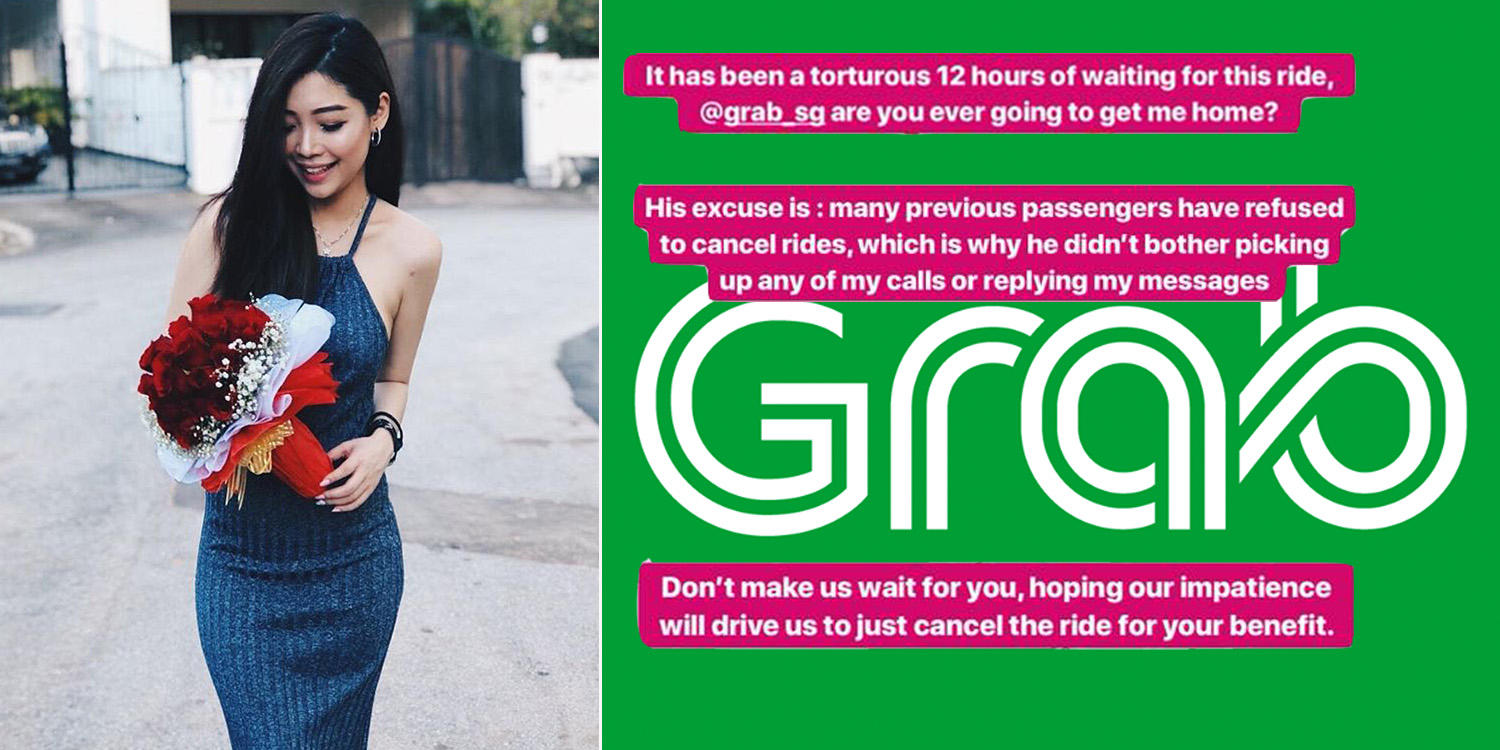 Not having a ride at all.

Local blogger and YouTuber Elizabeth Boon found herself faced with such a dilemma on Monday (12 Mar). 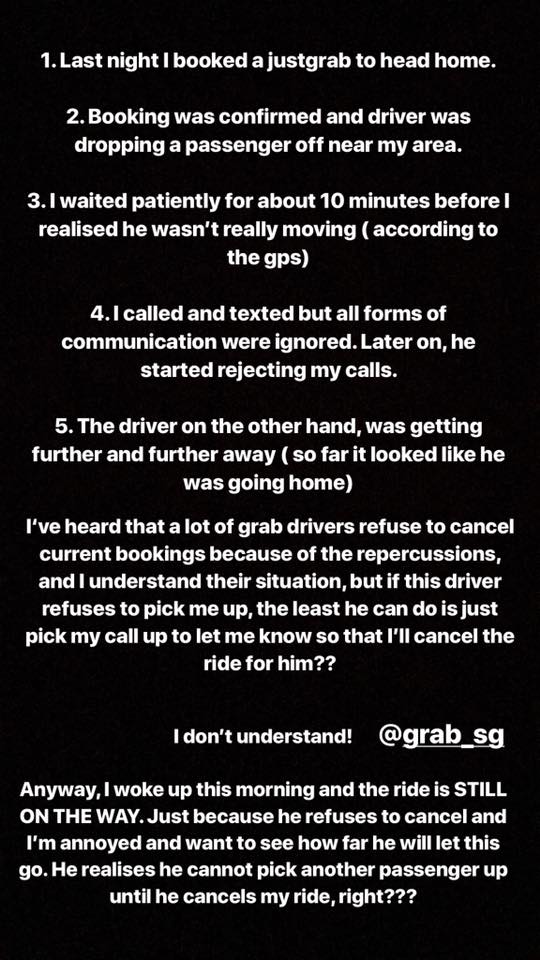 The unfortunate would-be passenger shared her experiences via Instagram stories — keeping her followers updated every step of the way.

According to the screenshots posted on Instagram and Facebook, she was at Serangoon Gardens when she attempted to book a ride home, using Grab’s JustGrab service.

After being matched with a driver – who was dropping a passenger off not too far away – she waited for about 10 minutes before realising that he was not moving, according to the in-app GPS.

She tried calling and texting the driver – named David – but got no reply. 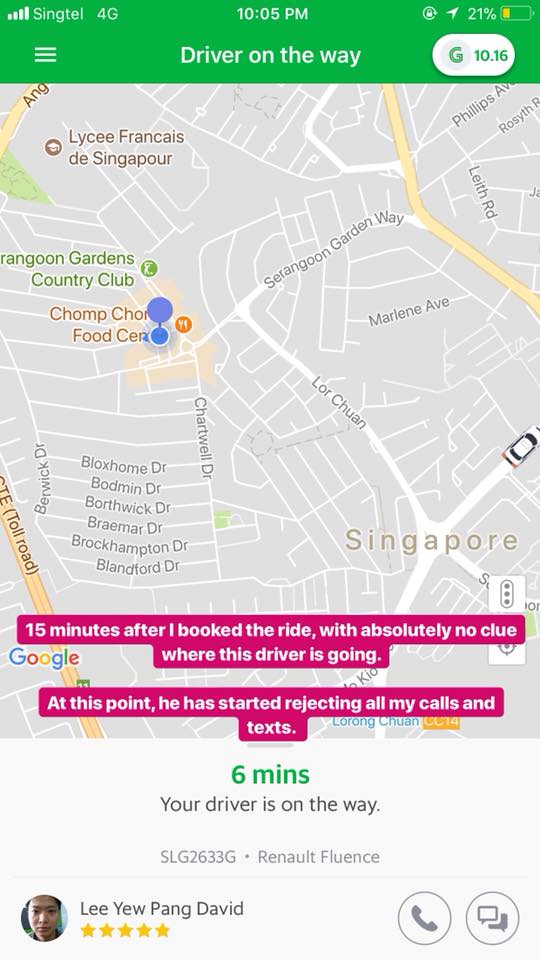 He then presumably went home, judging from screenshots which showed his location to be in Punggol.

Which left Elizabeth having to find an alternate way to get home.

The next day, she woke up and saw that David was still “on his way”, much to her amusement.

A pretty weird move, seeing as a Grab driver cannot accept other rise until the current one is cancelled. 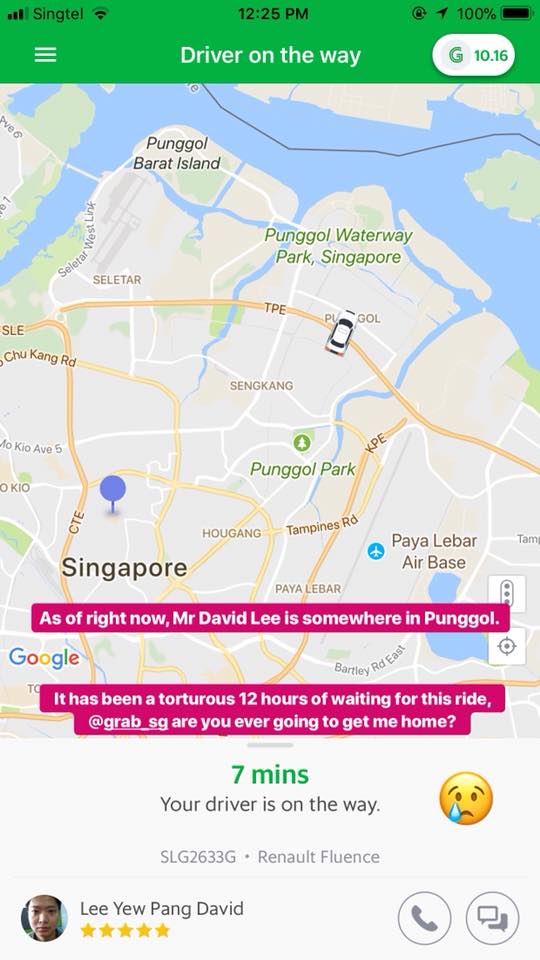 A few of Elizabeth’s followers chimed in to provide some theories on what David’s motivation may be.

One person said that cancelling rides affects a driver’s incentive and advised her to contact Grab.

Another theorised that David was one of those who “drive for fun”, which may be the reason he would be willing to forgo over 12 hours’ worth of business.

An update at 1.35 pm revealed that she had already dropped Grab a line, receiving nothing but an “I’m sorry” in return. 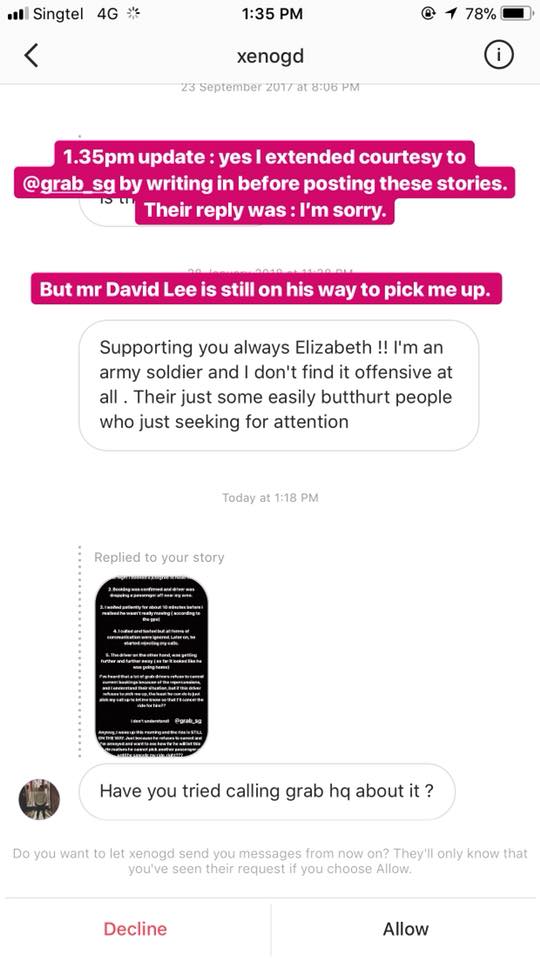 Finally, David made a phone call that was 12 hours in the making. He demanded to know why Elizabeth had not cancelled as he had expected.

According to Elizabeth , David didn’t bother responding to her because many previous passengers had refused to cancel their rides.

It seems that the app has problems of its own too. After the phone call, she tried to cancel the ride but the “cancel button didn’t work”. She sarcastically commented “guess I’ll never be able to take Grab again”.

Finally, a friend was able to “pull some strings” and got Grab to cancel the ride, concluding the longest taxi ride ever.

Making lemonade out of lemons

True to her profession as an entertainer, Elizabeth was able to see the humour in the entire debacle. 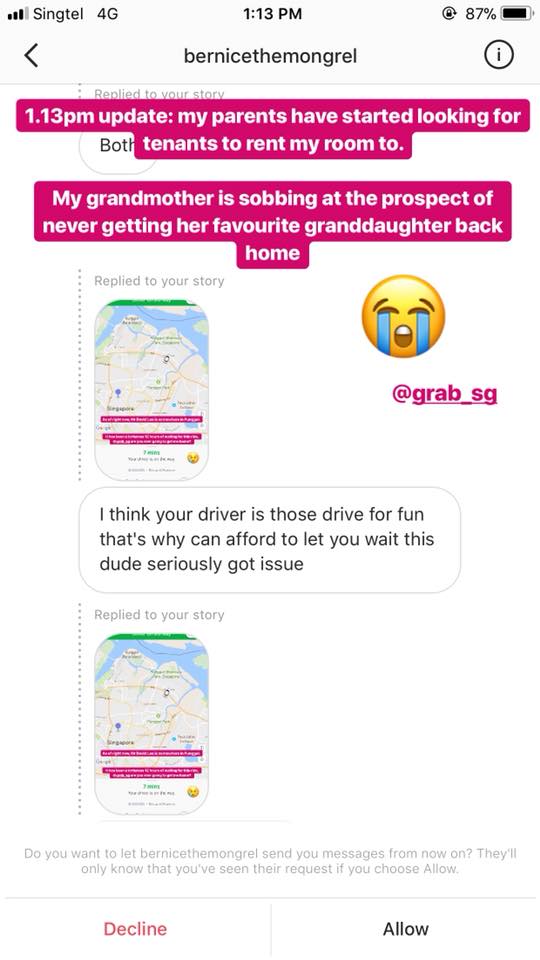 In a series of wisecracks due to the delay in the arrival of her ride, she joked that her parents were starting to look for tenants to rent her room to.

And that her grandmother was sobbing at the prospect of never getting her back. 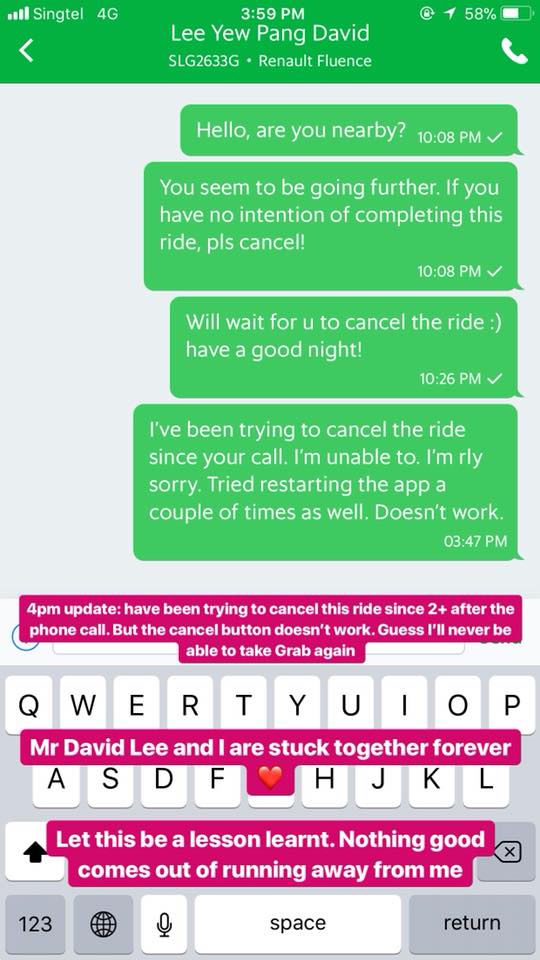 She also wondered if perhaps David and her were stuck together forever and that “nothing good comes out of running away from me”.

Her final word on the matter went out to Grab drivers everywhere.

She asked that drivers perform the basic courtesy of requesting that their passengers make a cancellation, instead of hoping that they’ll get impatient and cancel it themselves.

We can’t help but agree. 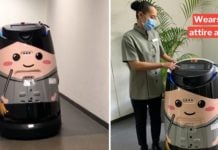