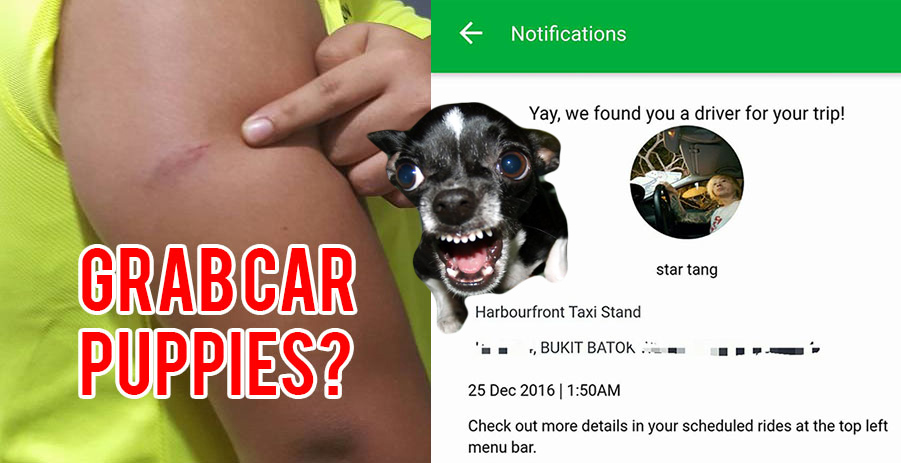 GrabCar PUPPIES Is Here In Singapore!

Earlier this month, ride-sharing Uber teamed up with local dog shelter SOSD to start UberPUPPIES, where people can be visited by cute pooches.

Meet self-styled “GrabCar PUPPIES” founder Tang Chek Fong (who goes by the name of “Star”), a GrabHitch driver who decided that picking up customers with a dog in his car, without any was a good idea.

Apparently it may not have entered his head that Muslims or people with allergies may be uncomfortable.

What he didn’t know was that the journey home would go to the dogs.

Biting The Hand That Feeds You

Mr Rushdan did not sign up for a “GrabCar PUPPIES” service, neither did he expect to hop into a car with a chihuahua in in the front seat.

Despite having his reservations, the Singaporean Muslim did not kick up a fuss. He was exhausted and wanted to get home.

Well, the chihuahua bit Mr Rushdan’s arm as he was trying to get out. And Mr Star Tang did not apologise or check on the injury his canine had caused. 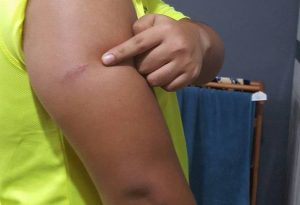 To add insult to injury, the driver scolded Mr Rushdan when he expressed concern over the dog, and generally was a total bitch during the trip. Such “star” quality indeed.

Mr Rushdan called GrabCar’s customer service, where he was prompted to file a police report. 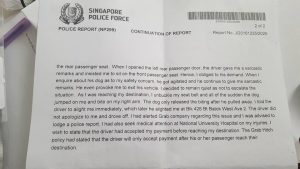 Thankfully, he did not have to get a rabies shot as the dog was certified healthy. However, he did spend $117.40 in medical bills.

Driver In The Doghouse

GrabCar has permanently suspended the driver and is willing to compensate Mr Rushdan for his medical bills.

And GrabHitch does not stop its drivers from bringing their pets in their cars, a spokesman told Channel NewsAsia – they just encourage them to tell their passengers first, for goodness’ sake.

So beware when you take ride-sharing services – they may end up literally making a dog’s dinner of you.