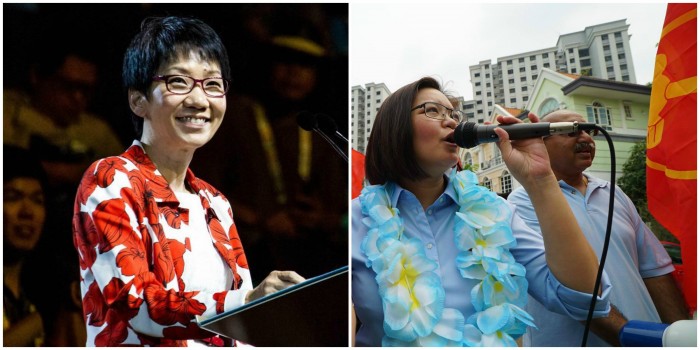 On 18 Jan, Grace Fu used her Leader of the House responsibilities to question Lee Li Lian’s decision to not take up her Non-Constituency Member of Parliament (NCMP) position.

Fu suggested that Lee should be accountable for her actions and provide an explanation to Singaporeans.

Her decision not to take up the seat should therefore not be lightly taken. Some 15,800 voters in Punggol East had cast their ballots for her. They, along with many other Singaporeans, would want to understand the basis of her decision.

According to Fu, who is also the Minister of Culture, Community, and Youth, she learnt about Lee’s  rejection of the NCMP seat first from the media, then from Lee’s absence in the opening of Parliament.

From this statement, it seems like MCCY’s Minister has not seen Lee’s detailed Facebook post explaining why the former Punggol East Member of Parliament (MP) declined her seat.

Either that or her response is pretty delayed.

In the Facebook post dated 16 Sep 2015, Lee who emphatically said that she “will not be accepting it [the NCMP position]”, explained her 3 reasons for declining the NCMP seat.

First, she says that she respects the mandate of the people, which was not given to her as she failed to achieve and electoral majority with only 48.23 percent of the votes.

Second, the former MP emphasised that she couldn’t become a full-time NCMP. According to her, the NCMP role requires full commitment which she would not be able to deliver, thus she is being fair to her residents and her employers, by not taking up the post.

Third, Lee wants to give the opportunity to other aspiring Workers Party candidates with little experience to show Voters how they can contribute.

Thus, was it necessary to demand an explanation which was already given months back?

When reached by the media on 16 Jan for declining her seat, Lee said that she had nothing else to add on regarding the NCMP post. When asked about what she was doing during the swearing in of MPs, Lee replied that she was spending time with her family.

Clearly, Lee had given an explanation 4 months in advance, to residents of Punggol East and Singaporeans alike. There wouldn’t be use in badgering her for another explanation, especially when the former Punggol East MP had declared she had nothing to add on.

Further, WP have already filed a motion for the vacated seat to be assigned to Daniel Goh, who unsuccessfully stood in East Coast GRC, along with confirmed NCMP Leon Perera.