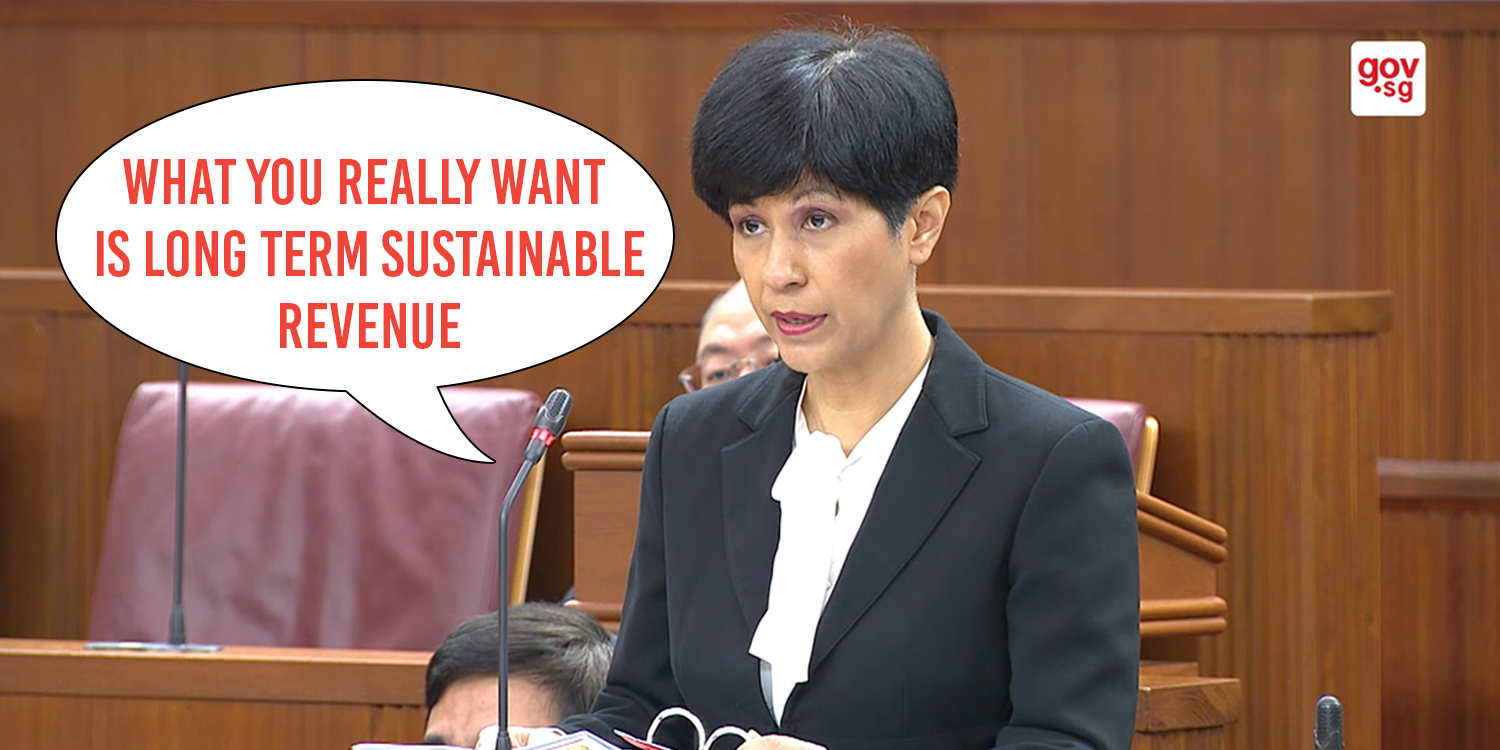 By now you’re probably already aware of the Budget 2018 announcements made by Finance Minister Heng Swee Keat on Monday (19 Feb). If you still aren’t, here’s 6 highlights about Budget 2018 to help you get up to speed — go on, we’ll wait.

As you may have already known, perhaps the most controversial change is the increase of GST to 9% — the first of its kind in over 10 years.

However you may feel about the change – trust us, we’re no happier about it than you are – did you know that raising the GST is actually the best choice amongst the other options for the long term benefit of you, me and Singapore?

According to Senior Minister of State for Finance and Law Indranee Rajah, that is.

What did she have to say about this? Let’s find out.

No choice but to increase GST

On Tuesday (20 Feb), Ms Indranee was featured on radio station 938Now’s Talkback call-in programme where she discussed and answered questions about Budget 2018. 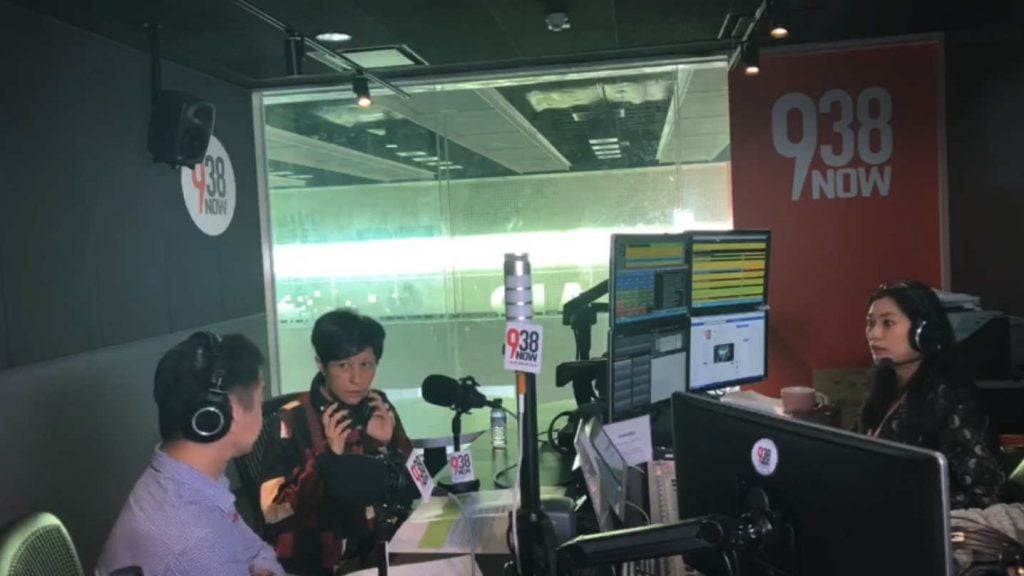 According to her, while there were several other options such as reducing corporate taxes, raising the GST was the most sustainable source of income for the long term.

There are a few other things we have explored as well.. but GST is the one that will give you, over the long term, a sustained revenue of sufficient amount that will take care of our expenditure needs, for healthcare, infrastructure, security and education.

All other options considered

A caller then asked if the Government would contemplate reinstating the Estate Duty – that was abolished in 2008 – which basically taxes the total market value of one’s assets upon their death.

However, Ms Indranee quoted DPM Tharman’s explanation in Parliament that the middle income would mostly be the ones affected.

The ones who are wealthier are able to do their estate and tax planning and figure out how to get round the worst of it.

Furthermore, she added that implementing a wealth tax would only go against the Government’s wish for Singapore to be a place for wealth management, while a luxury tax wouldn’t have brought in sufficient revenue to support Singapore’s healthcare, infrastructure, security and education.

Another then questioned her on the possibility of exempting basic goods and services from the tax — to which she highlighted the complications of doing so and stated that such a change would also benefit the higher income as they’re able to afford more of the product.

…given that the higher income are the ones who can afford to buy more (rice), they are likely to benefit more.

A solid 5/7 for that reasoning.

Lastly, Ms Indranee was asked about the Government’s decision to give out the SG Bonus — considering how much money they needed for expenditure in the future.

She explained that the decision was due to the Government’s commitment to share part of the surplus — so at least we can enjoy that bonus, we guess?

Tight fiscal situation in the future 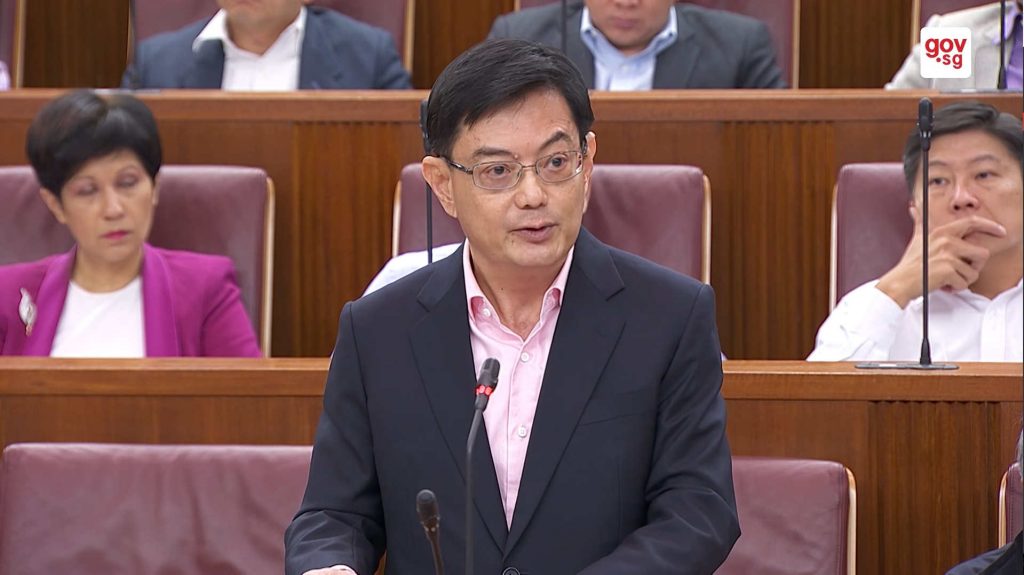 On Monday, Mr Heng mentioned that the Government had already thoroughly scrutinised all possible alternatives and decided that increasing the GST was the most appropriate at this stage.

We are in a very tight fiscal situation, not this year, not next year, but over the longer run.

He also urged Singaporeans to see the bigger picture and long term future of the country.

Unfortunately, not everyone seemed to agree with the Government’s decision to increase the GST — take the Singapore Democratic Party (SDP), for example.

Who described Budget 2018 with exactly what you see in the image above.

Furthermore, they claimed that the People’s Action Party (PAP) was insulting the intelligence of Singaporeans by using the one-time deal of the ang pow money to distract them from the permanent increase of the GST.

Meanwhile, fellow opposition Workers’ Party (WP) has yet to comment on the situation.

Let’s now check in on what local Singaporeans think of the GST increase — no points for guessing what they’d talk about.

Whether or not their beliefs that cutting the Ministers’ pay would genuinely help the situation remains to be seen.

However, many voiced concerns that the hike in taxes would greatly affect the lower and middle income while the upper class remain relatively unscathed.

Which is a valid concern, considering the rising cost of living in Singapore despite salaries not following suit.

Valid rise or uncalled for decision?

What do you think of the increase in GST?

Do you believe that this is truly the optimal way of ensuring the survival of Singapore’s finances or are there actually other solutions that the Government might not be approaching this problem with?

Either way, strap in — this debate isn’t ending any time soon.