Everything you wanted to know about SDP

This is the third in a series of articles going through the parties contesting in the General Elections.

Now decked up in swag in the form of yellow caps and contentedly licking his free ice cream, our Blur Sotong continues his journey of discovering the various political parties in Singapore.

1. Blur Sotong: Is that a rocket? Are they Team Rocket then?

The logo represents a circle (symbolising unity among Singapore’s ethnic groups) behind an arrow (representing political progress in Singapore) in the colour red (signifying courage and determination).

2. Blur Sotong: They seem to have been around for a while?

SDP is one of the oldest active parties, having been formed in 1980 by Chiam See Tong, who served as Potong Pasir MP from 1984 to 2011 – the longest serving Opposition MP. However, he left SDP on bad terms in 1996 after internal disputes within the party in 1993, resulting in Chee Soon Juan taking over Chiam as Secretary-General.

It was Chiam who had recruited him to the party while Chee was a lecturer at NUS. 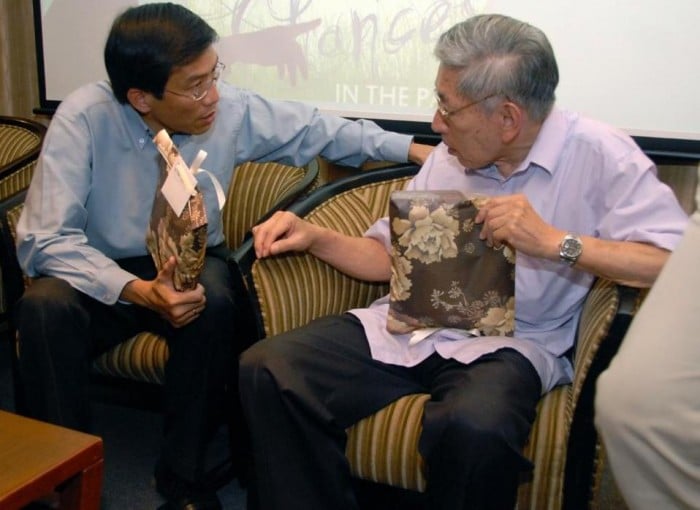 Chee Soon Juan has run afoul of the Government and the PAP numerous times — he has been jailed for several weeks and was made bankrupt due to defamation charges brought forward against him in 2001 by Goh Chok Tong and Lee Kuan Yew.

In 2012, he was discharged from bankruptcy, allowing him to contest in this election after missing out on the previous two.

Here’s something you might not know, Mr. Sotong: anyone declared bankrupt is deemed ineligible to run for elections.

The SDP has campaigned based on a human rights agenda and has called for alternative policies numerous times. Some similarity can be observed between them and the Reform Party in their ideologies — SDP is also a liberal democratic party.

4. Blur Sotong: What are some of these alternative policies?

5. Blur Sotong: Some of their policies resemble those of SingFirst’s.

Tan Jee Say was in SDP before, after all. It is natural that he would have some of the same ideas.

11 candidates will be fielded among these five constituencies.

Let’s have a look at who they are:

7. Blur Sotong: Here’s the most important question though: do they give out free stuff?

No. That’s not the point of the elections, you know.

8. Blur Sotong: Aww man. Where can I follow them online?

Or perhaps you’d like to donate to their efforts; you can do so here.

PSP & SDP Call On Government To Halt GST Hike, Say Now’s Not The Time Amid Covid-19