Everything you ever wanted to know about SDP and DPP

This is the fourth in a series of articles going through the parties contesting in the General Elections.

We’ve already covered the party that Opposition stalwart Chiam See Tong formed in 1980, but he left in 1996 to lead a new party separate from the SDP.

Today, we take a look at Chiam’s current party, as well as the party they have joined with to contest in Bishan-Toa Payoh GRC: the Singapore People’s Party and the Democratic Progressive Party, who will be contesting under the SPP banner. 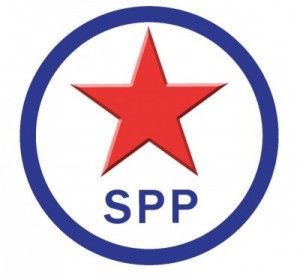 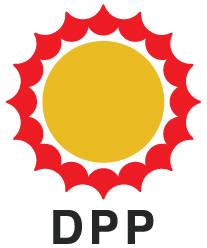 Of course, Blur Sotong is back to ask more questions.

1. Blur Sotong: I heard that Chiam See Tong is the leader, but he wasn’t the founder of the party!

That’s right. SPP was founded by Sin Kek Tong, a pro-Chiam See Tong supporter in the SDP who left after Chiam resigned as Secretary-General.

From 2001 to 2011, the SPP was under the Singapore Democratic Alliance umbrella, which also consisted of the National Solidarity Party (NSP), the Singapore Justice Party (SJP), and the Singapore Malay National Organisation (SMNO).

After Chiam, the leader of the SDA, suffered a stroke in 2008, some in the party felt he was unable to continue serving as chairman. The SPP chose to leave the SDA instead, and run in the 2011 Elections by themselves.

Chiam held Potong Pasir SMC for 27 years, including the times he switched parties. The people did not seem to mind which party he belonged to, it seemed.

However, he left Potong Pasir in 2011 to contest in Bishan-Toa Payoh GRC, a move which took many by surprise and signalled his party’s intentions to capture a GRC for the first time in history.

Their gambit failed as they only garnered 39.63% of the vote, and to make matters worse, they also lost Potong Pasir — which was held by Chiam’s wife, Lina.

Lina Chiam accepted a position as a Non-Constituency MP, as her poll results were the highest among opposition candidates who lost in the elections.

2. Blur Sotong: What about the Democratic Progressive Party? Why do they have only two candidates running?

Here’s the funny thing about Benjamin Pwee and Mohamad Hamim Aliyas: they both contested under the SPP banner in 2011, before being invited to join the DPP in 2012 by the party’s founder, Seow Khee Leng (aka Charlie Seow), who was a former member of the Workers’ Party in the 1970s.

Pwee became the Secretary-General but stood down to ‘join’ the SPP, as Election rules dictate that parties may only contest under one banner or stand as independent candidates.

In other words, the two DPP candidates went from SPP, to DPP, and back to SPP again for this election. That’s quite a round-about way of going about things.

As SPP was formed from SDP members, their ideologies are similar; SPP is a liberal democratic party.

Dr Sun Yat-Sen’s ideology was the Three Principles of the People: nationalism, democracy, and welfare.

Meanwhile, the DPP’s aim is to build a society which is “equal and egalitarian to all citizens”.

4. Blur Sotong: What are the policies and proposals being advocated by these two parties?

The SPP has chosen instead to unveil separate manifestos for each of the constituencies it is contesting in. Currently, one has been shown by Mountbatten candidate, Ms. Jeaneatte Chong-Aruldoss.

Another, by Ravi Philemon in Hong Kah North SMC, has the following points:

The team in Bishan-Toa Payoh GRC has also released their manifesto:

8 candidates will be fielded among these five constituencies – six from SPP and two from DPP.

7. Blur Sotong: What if the SPP-DPP coalition fails to win in Bishan-Toa Payoh?

The DPP members will step down from SPP and return to the DPP. If they win, however, they will remain in SPP. Either way, their intention is to serve in Bishan-Toa Payoh for the next five years.

“All jobs should be a source of pride and dignity to the worker, not a source of frustration over low wages and long work hours.”

According to him, yes, but as an advisor instead of candidate due to his age (he’s 80) and for health reasons. He claims that he still has a long way to go, however, indicating that he is not quitting politics.

Or perhaps you’d like to donate to SPP; you can do so here. 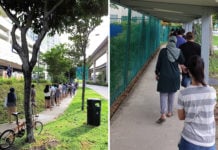