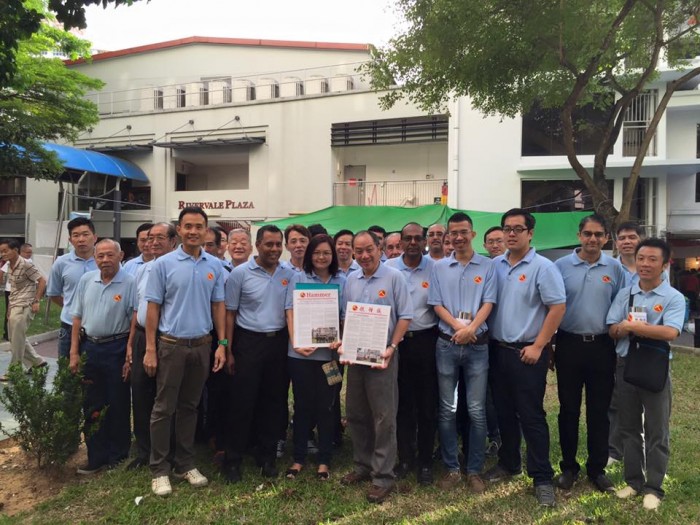 Everything you ever wanted to know about WP

This is the eighth in a series of articles going through the parties contesting in the General Elections.

Blur Sotong has told me that he shares an affinity with the Workers’ Party. When I asked why, he said that he liked the hammer in their logo.

I can only deduce that Blur Sotong liked to play with hammers as a kid, hence his blur-ness.

Anyway, he wants to know more about WP, so let’s get on with the Q&A! 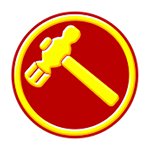 WP began with Singapore’s former Chief Minister David Marshall in 1957, who was a key opposition figure in the times before Singapore’s merger with Malaysia. However, in 1963, he stood as an independent and separated himself from the party.

After several years of PAP dominance in the 1960s, during which time no opposition party had a seat, WP was revived by J.B. Jeyaretnam leading a group of lawyers in 1971.

In 1981, JBJ made history by winning Anson constituency as an opposition member.

Other famous members of WP included Francis Seow, a political dissident, and Dr. Lee Siew-Choh, a leader of Barisan Sosialis – which merged with the WP in 1988.

In 1991, Low Thia Khiang, who is now the party’s Secretary-General, won in Hougang and got re-elected consecutively for 4 elections. Eventually, he led the Aljunied GRC team in the 2011 elections and won there too, making it the first time an Opposition party captured a GRC, all while retaining their Hougang SMC seat.

In 2012, when WP expelled Yaw Shin Leong, the Hougang incumbent, for ‘indiscretions in his private life’, a by-election was called and Png Eng Huat won, again retaining WP’s hold in Hougang.

WP further captured another seat in the Punggol East by-election in 2013 when Lee Li Lian won a 4-cornered fight.

This cemented WP’s status as the most dominant Opposition party in Singapore, as they had 9 members sitting in Parliament since 2013, including two NCMPs.

Workers’ Party began as a left-wing party but has morphed into a centre-left party built on the ideals of social democracy.

3. Blur Sotong: What are the policies and proposals being advocated by WP?

Previously in 2011, they went with a “Towards A First-World Parliament” slogan based on voting WP representatives into Parliament so as to ‘check’ the Government and the ruling party.

This year, they are going with the slogan “Empower Your Future”, and their manifesto is split into five chapters, because of the five stars on our national flag which represents progress, equality, justice, democracy and peace. The Workers’ Party’s Manifesto 2015 is inspired by these ideals to offer over 130 policy proposals grouped thematically in five chapters each expressing one of the ideals.

Chapter 2 (progress) calls for economic security to enable Confident Workers and Enterprises that would bring Singapore to the next level of development.

Chapter 4 (justice) envisions a Singapore that is Our City, Our Home, Co-Created by Singaporeans with strong roots to our land.

Here are some of their proposed measures:

The full manifesto can be viewed on their website.

As the 2nd-largest party in Singapore, they are fielding a total of 28 candidates over 10 constituencies (5 GRCs and 5 SMCs). All of these constituencies are concentrated in the Eastern or North-Eastern part of Singapore.

Punggol East: Lee Li Lian, 37, full-time MP. The youngest full MP in Singapore, having served since 2013 when she won a by-election in Punggol East SMC.

MacPherson: Chen Jiaxi Bernard, 29, Project Executive of a Charitable Foundation. Despite his young age, he has been with WP since 2006.

With ample rallies to familiarise yourself with all the members, there is no excuse for not knowing at least five of them.

5. Blur Sotong: I thought opposition parties were all about that ‘opposition unity’, but both NSP and WP are contesting MacPherson…

WP decided to no-show the second opposition party meeting after an agreement could not be reached in the first meeting. But before that, they had told NSP that they would not contest MacPherson if the NSP gave up its interest in Marine Parade GRC.

NSP eventually gave up interest in Marine Parade and MacPherson, but days before nomination, NSP’s Steve Chia announced his interest to run in the SMC. Then-NSP Secretary-General Hazel Poa resigned because of that decision.

Eventually, Steve Chia dropped out due to the appearance of malicious sites berating his past legal troubles. Nonetheless, NSP (the party) changed their minds and sent Cheo Chai Chen to MacPherson.

Hence the current situation of both WP and NSP contesting in MacPherson.

6. Blur Sotong: That kind of sucks. But WP is the stronger party, right?

That may be so if you go by numbers alone, but NSP aren’t slouches either. Everyone has a different opinion on the matter.

WP’s main aim is to get enough representatives into Parliament so that they are better able to debate and influence policies, but they have no intentions of forming the Government at present time.

Nobody has talked about whether the opposition parties will form a coalition Government if enough opposition members are elected, but the possibility remains.