Must Share News – Independent News For Singaporeans
Home Lifestyle FRESH 11 Qualities Gurkhas Have That Explain Why Trump & Kim Were In... Not many Singaporeans know about the Singapore Police Force’s (SPF) elite Gurkha Contingent, made up of hand-picked Nepalese men from the “fiercest warrior tribes in the world“. North Korean Supreme Leader Kim Jong Un can be forgiven for not having heard of them either, because reports suggest he was afraid of being assassinated before this week’s Singapore Summit.

But this article sheds light on why Mr Kim’s fears were unfounded — with the Gurkhas protecting him, it’s clear he was in safe hands.

1. Knives that must draw blood when unsheathed

The Ghurkas may be an elite, modern contingent but they still carry their traditional weapon known as the ‘kukri’. 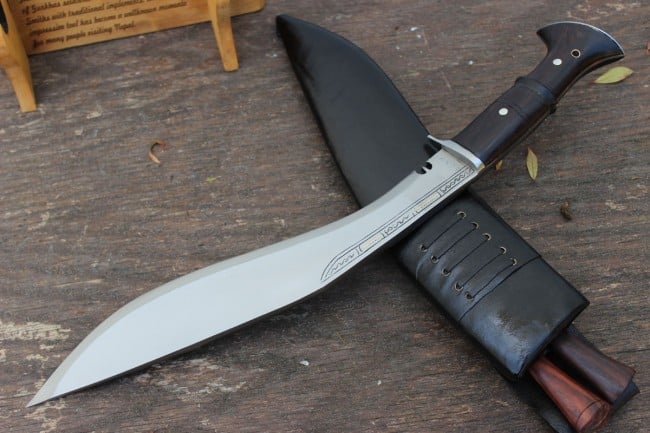 It can slice, chop and maintain its momentum as while slicing into flesh.

Despite being only 45cm-long, it can inflict very deep enemy wounds that cut into the bone.

Tradition dictates that every time the kukri is unsheathed, it must draw blood.

And it rattles me to the bone when I see the kukri hanging behind this officer, who was patrolling the area around Raffles City during the 117th International Olympic Committee Session: 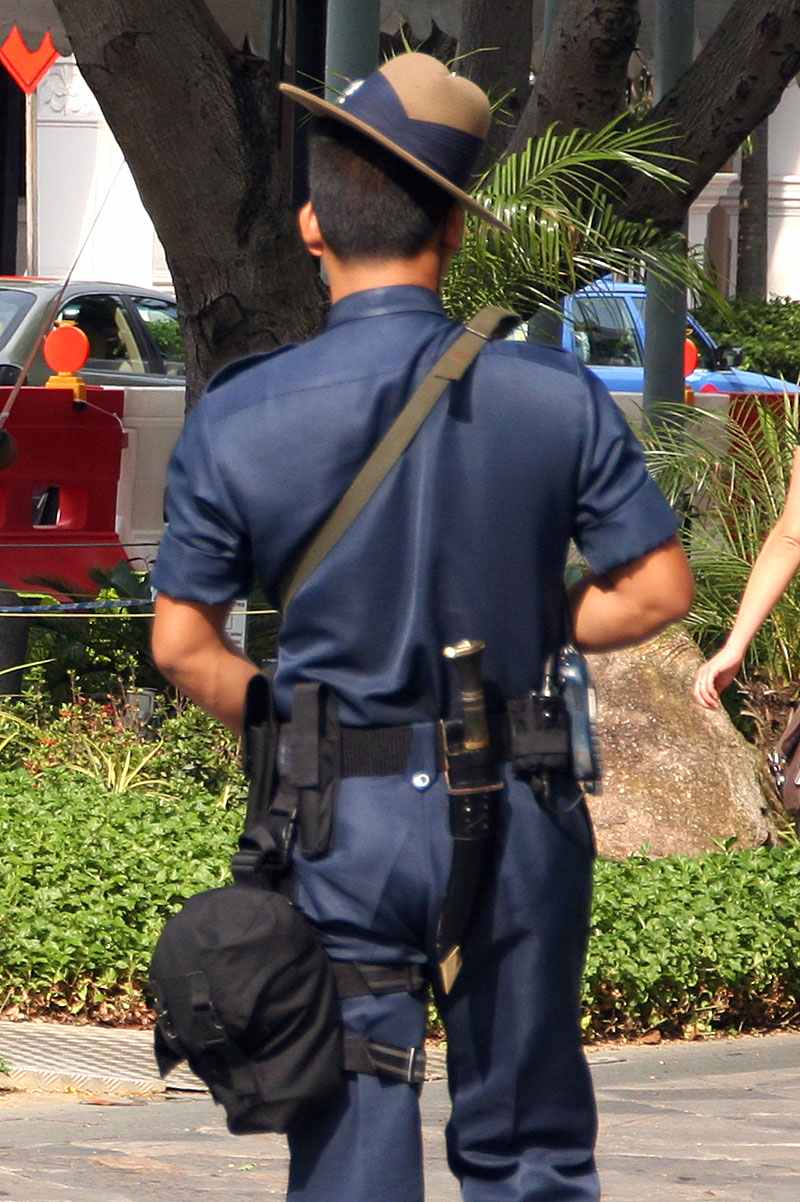 2. The British discovered their fearlessness

Gurkhas have served in the British military for more than 200 years.

The British were beaten back by the Gurkhas in the Anglo-Nepalese War, even though the latter was outnumbered.

The British realised that Gurkhas would make very good soldiers and recruited their former enemies to serve in their armies.

Today, Gurkhas can be found in other former British colonies such as India and Brunei.

The Gurkha Contingent in Singapore was formed way back in 1949. Gurka Contingent marching during the National Day Parade in 1967
Source

But we have a longer history with them.

They defended Malaya during World War II — but their efforts were futile in the face of Japanese.

The Gurkhas could defend Singapore while being impartial to any race here.

This made them invaluable during the racial turmoil in Singapore’s early years.

A retired Gurkha who served from 1961 to 1988 recalled that during the 1964 racial riots, tensions were so high that every 3-man patrol needed to include a Chinese and a Malay to deal with his community, and one Gurkha to serve as a neutral presence.

During the famous Maria Hertogh and The Chinese High School (TCHS) riots, Gurkhas were also called in to help.

5. Killed the driver who crashed through security lines at the Shangri-La Dialogue

Many of us perhaps remember this incident.

On 31 May 2015, a red car crashed through security barriers while the Shangri-La Dialogue was ongoing. Defense chiefs and ministers from 27 countries were attending the Dialogue.

Despite shouts from the police to stop the vehicle, the driver drove on.

The Gurkha officer on duty had orders to “stop the car at all costs”.

So, he did what he was trained to do.

He shot and killed the driver of the car.

They live with their families in a self-contained camp at Mount Vernon. It has its own shops and playground.

Children of Gurkhas are allowed to attend local schools here, and many go to Bartley Secondary School because of its proximity to the camp.

But these children must leave when their fathers retire or when they become 21 years old.

9. Selection process “separates the men from the boys”

The selection process would probably eliminate you.

In the first place, you need to:

That’s only for the first round of selection.

Then, you have to swim and run 2.4km in less than 9 min 45 sec, after which you’ll run again in the famed doko race.

The doko race sees recruits putting 25kg bags of sand into their doko, a traditional wicker basket carried on their backs.

You need to run uphill on dusty and rocky trails in less than 48min — yes, carrying that 25kg monster.

It’s a test of stamina, character and commitment. And it separates the men from the boys.

10. Crazy competition to be a Gurkha

That’s a 3% success rate among candidates who train ridiculously hard.

It is not uncommon for them to attend preparatory courses to get an edge.

So, let me put that 3% figure in perspective:

Even Oxford’s highly coveted Politics, Philosophy and Economics course had a an acceptance rate of 14.1% rate in 2013.

The Gurkha Contingent has supplied guards who have looked after the most important people in our nation.

A single Gurkha has taken care of all our Prime Ministers over the years. The Gurkhas are the main pillars and guards of governmental premises.

Just a reminder, we have 2,000 Gurkhas in Singapore. How could we be safer?

Or for that matter, how could Mr Kim?