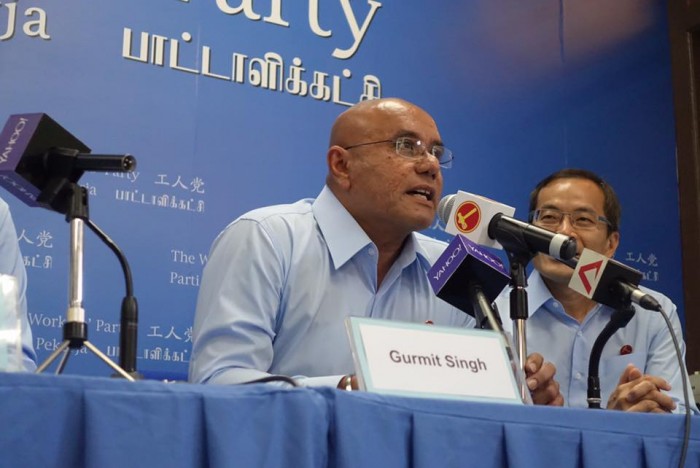 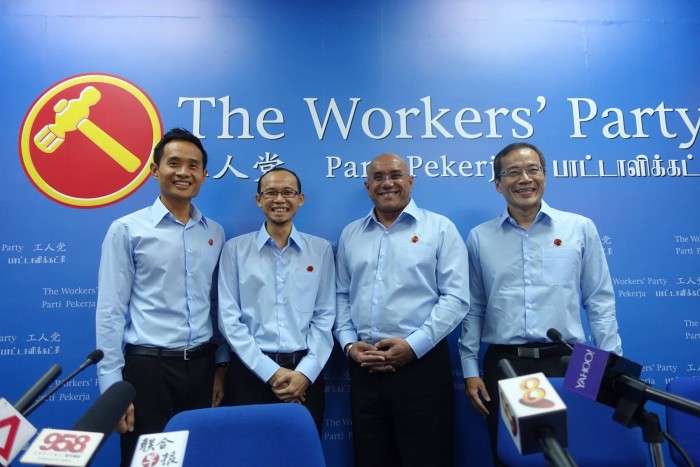 The Workers’ Party (WP) gathered at their headquarters on Sunday (30 Aug) afternoon to announce their fourth batch of potential candidates for General Elections 2015.

Along with the other 3 new faces, 55-year-old Gurmit Singh (no, not that Gurmit Singh) was introduced one day after WP unveiled a 48-page manifesto titled “Empower Your Future”.

According to The Straits Times, Gurmit Singh left WP “a few weeks ago” after being informed that he would be a back-up candidate for the party. Shortly after his departure, Gurmit was spotted at a Singaporeans First (SingFirst) event where it was rumored to be his first day in Tan Jee Say’s party.

Gurmit Singh started volunteering for the WP shortly after the 2011 General Election, and only became an official member in 2013. Apart from being a part of WP, he is also a legal counsel for a property firm.

WP chairman Sylvia Lim said that Gurmit Singh decided to retract his resignation from WP after spending one day with SingFirst. We believe Gurmit has much to contribute as a candidate and, if elected, as an MP.

Why did Gurmit Singh join Singfirst?

According to sources from The Straits Times, Gurmit Singh joined the SingFirst walkabout only after he heard that WP would most not likely field him as a candidate.

Another potential WP candidate, lawyer Shaneet Rai, had left the party after feeling unhappy about being a part of a team of young-first timers taking on the People’s Action Party (PAP) at Nee Soon GRC. Shortly after, Mr Singh was asked to rejoin WP as a new candidate.

Gurmit Singh was also seen joining WP’s walkabout on the same day that Mr Rai had announced his departure from WP.

The other candidates that were introduced alongside Gurmit Singh yesterday were former librarian Mohamed Fairoz Shariff, 36, Manager of a voluntary welfare organisation Mr Kenneth Foo, 38, and shipping lawyer Dennis Tan, 45.

How does Gurmit Singh’s new position benefit the party?

Gurmit cited his past struggle on finding a job in Australia motivated him to focus on making employment for Singaporean employees a priority.

He also wants to ensure low-wage workers earn a decent income to survive in the normal standard living of Singapore.

Will Gurmit Singh’s new position as a candidate for WP make a difference?

Did he make the right decision to rejoin WP?