Must Share News – Independent News For Singaporeans
Home News Guy Who Made Hoax PMO Picture Did It To Prove His Point... 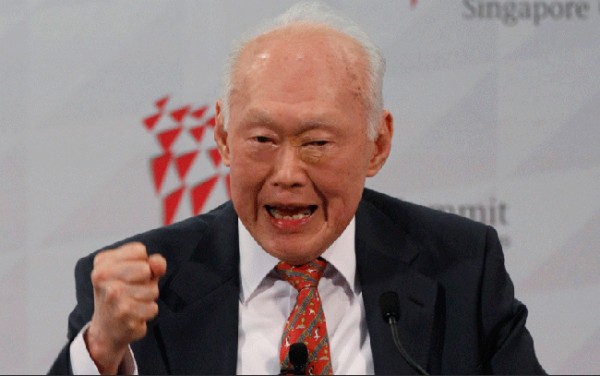 In the midst of the hoo-ha over the status of Mr. Lee Kuan Yew’s condition while he was hospitalised last month, one teen got fed up with the amount of fake messages and rumours which were popping up on social media about Mr. Lee’s death. He then created a fake image of the PMO website with the message that Mr. Lee had died. 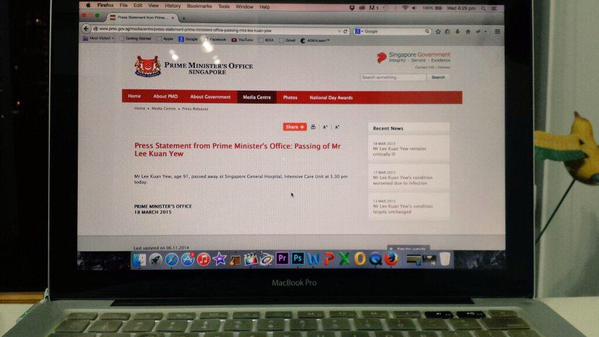 The image ended up spreading far and wide, and the police came knocking.

The 15-year-old teen, referred to as ‘Z’ by the Attorney-General’s Chambers (AGC), was let off with a stern warning by the police after the AGC determined that he had not meant to disseminate the picture beyond his circle of friends.

Picture wasn’t meant to be spread

After making the hoax picture, Z had shared it with his friends. Although after two minutes he told them that the picture was fake, two minutes were enough time for at least one of them to pass the image on.

As if to prove his point, the hoax picture went viral, even fooling foreign publications like CNN and CCTV. Z was hauled up by police the next day.

The AGC ruled that because Z had not hacked into the PMO website or intended for the picture to be spread, he was to be let off with a stern warning.

That’s the power of social media for you; in a highly-charged environment amidst persistent rumours of LKY’s condition faltering further, few bothered to check the authenticity of the picture, and the fact that the PMO website was down at that very moment for maintenance did not help matters.

One click is enough for the picture to spread far and wide, across borders. Some will say that a stern warning is not a strong enough deterrence to prevent such hoaxes from being circulated in the future, while others may argue that his point was proven and he had no malicious intentions.

For a 15-year-old, he seems awfully social media-savvy; something which probably can’t be said about CNN. However, creating a hoax to prove a point about hoaxes doesn’t sound especially smart, given the severity of the situation.

So here’s a Public Service Announcement: always verify information before passing it on.

Maybe you’d like to share this article so others can learn the same lesson too? We swear our articles are at least 99% true.

Featured image via Malaysia Today
With references from TODAY Online