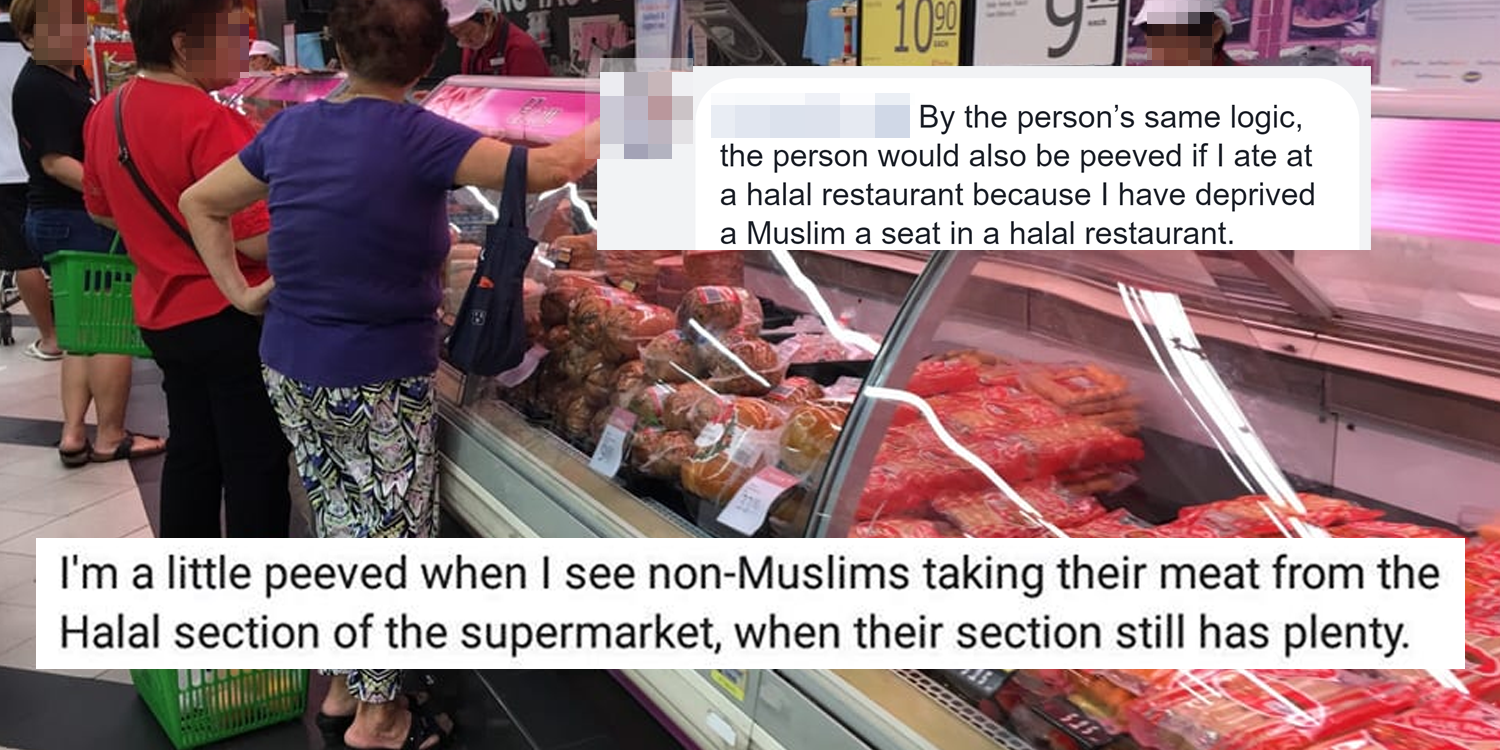 Should halal meat be reserved for Muslims?

That’s the latest debate raging online after a post suggesting that it should be, went viral.

You can read the post in full here, or join us after the jump as we dive into the meat and potatoes of the issue. 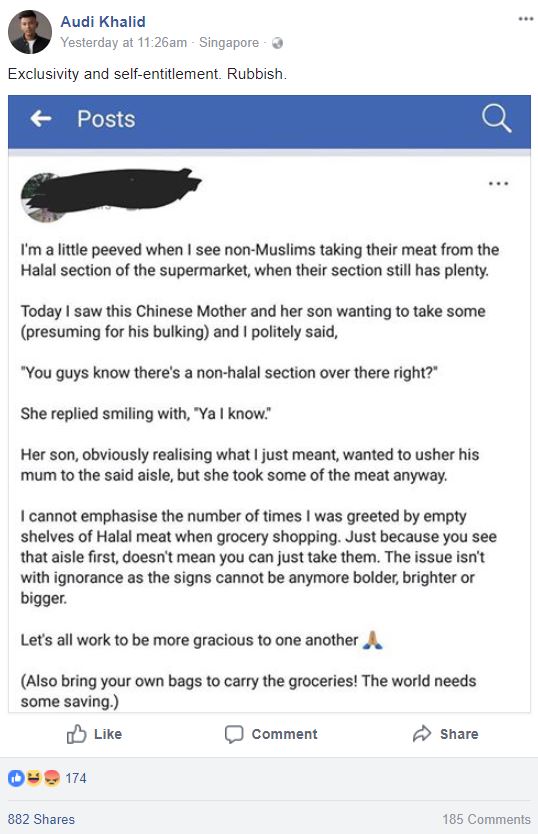 What happened by the meat aisle 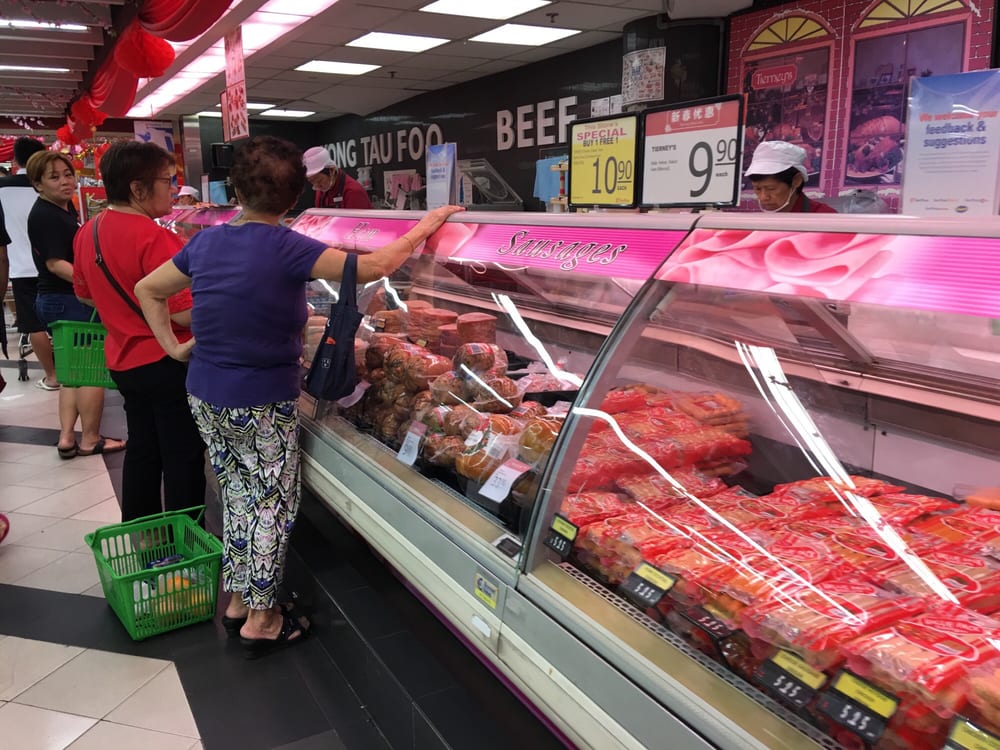 I’m a little peeved when I see non-Muslims taking meat from the halal section of the supermarket, when their section still has plenty.

The poster then recalled a recent visit to the supermarket, where he or she saw a Chinese lady picking meat from the halal section.

Assuming that the lady is not Muslim, the user then confronts — politely, the post stresses — her by saying,

You guys know there’s a non-halal section over there right?

The lady, undisturbed by this “polite” confrontation said she was aware and went on to buy the halal meat anyway.

This enraged the user, who went on to write,

I cannot emphasise the number of times I was greeted by empty shelves of halal meat when grocery shopping. Just because you see that aisle first, doesn’t mean you can just take them.

The user also brushed off arguments that consumers were “ignorant” about halal meat, saying that signs could not be “bolder, brighter or bigger”.

Determined not to be a one-issue pony, the user ended the rant with a reminder for shoppers to be eco-friendly.

Also bring your own bags to carry the groceries! The world needs some saving.

Think of the marine creatures, yo!
Source

A debate worth having?

Most of the 78 comments on Mr Khalid’s post — including those apparently by Muslim users — dismissed the user’s point as invalid.

They also rightly pointed out that the other shopper might have been a member of Singapore’s Chinese-Muslim community.

And some wondered aloud if non-Muslims should stop dining at halal restaurants, which include big-name eateries like KFC and McDonald’s.

That list may soon include sandwich chain Subway as well.

And as netizens have also pointed out, we don’t know the full story of what went down at the supermarket so it would be unfair to criticise either party.

For one, what kind of meat was it?

Nonetheless, it’s an interesting debate to have, as long as both sides remember to be respectful and sensitive, in light of our fragile racial harmony.