Must Share News – Independent News For Singaporeans
Home People President Halimah Gets Mobbed By Supporters On Her Way To Work, Shows... 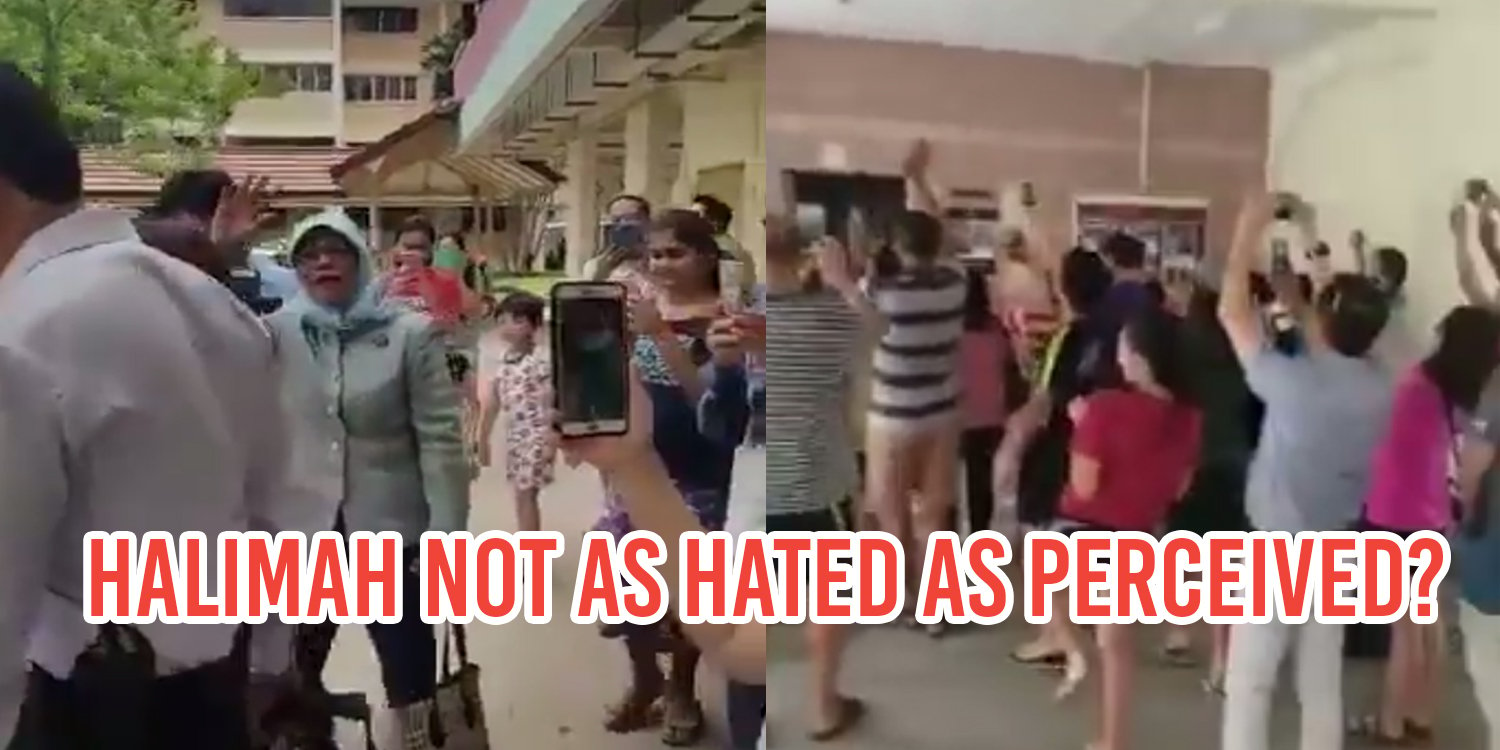 Earlier we talked about how the 2011 Presidential Election runner up Dr Tan Cheng Bock received a rock star-like reception when he attended the Sit-In Protest held on Sat (16 Sept). On that day unhappy Singaporeans voiced their displeasure over the events surrounding the 2017 Presidential Election that saw President Halimah Yacob being elected Singapore’s first female President.

We also previously talked about the #NotMyPresident hashtag trend which gained popularity following the announcement that Jurong GRC’s former MP would succeed Dr Tony Tan via a walkover. Things then took a turn for the worse when netizens ripped into her acceptance speech word for word.

However, despite the negative stigma surrounding President Halimah online, it turns out that in real life, she’s actually pretty well liked by Singaporeans.

Check out the crowd of enthusiastic residents giving her a thunderous reception as she was leaving for work.

You could’ve easily mistaken her for a celebrity with the amount of people wishing to take pictures of her.

Firstly, you have to wonder how some of these people were able to spend their Monday morning greeting our President instead of, you know being at work or school.

It’s also either pretty impressive or borderline creepy that they knew exactly when President Halimah would be leaving for work unless they’d been waiting at the lift lobby. 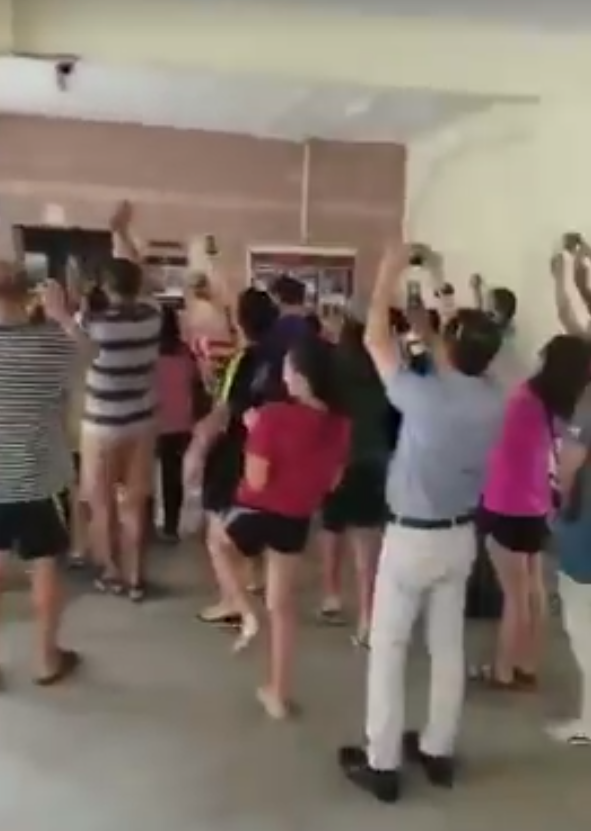 Sentiments towards Halimah not as negative in real life

More importantly, this shows that despite the overwhelmingly negative perception online towards President Halimah, those feelings don’t accurately transcend into real life.

This is seen from a report from Marketing Interactive, which showed that when social media chatter from 11 to 12 Sep –  when President Halimah was announced to be the only candidate to receive a certificate of eligibility – was analysed, negative sentiments commanded a whopping 83%.

This is double the amount of hate comments just a few days prior.

However, the supporters cheering her on and wishing to take pictures clearly paint an entirely different picture from what was said about her online.

The influence of keyboard warriors

In the realm of social media, it’s not uncommon to see hurtful comments being thrown around by users, as seen by those who dubbed her acceptance speech “disgraceful” or criticised her decision to remain in her HDB flat at Yishun.

While there were some with legitimate arguments, there were also others who simply made ad hominem attacks towards President Halimah.

Dubbed keyboard warriors, these people hide behind the safety of their screens and/or anonymity to spread negativity without feeling guilty or experiencing any consequences.

Our point is, people sometimes feel the need to post unnecessarily mean remarks online when they would never say such things to someone in real life.

Perhaps President Halimah isn’t as negatively regarded as how social media paints her to be, judging from the legion of supporters.

After all, her neighbours don’t seem to be complaining.