Must Share News – Independent News For Singaporeans
Home News President Halimah Yacob Will Move Out Of Yishun, But Where Will She... 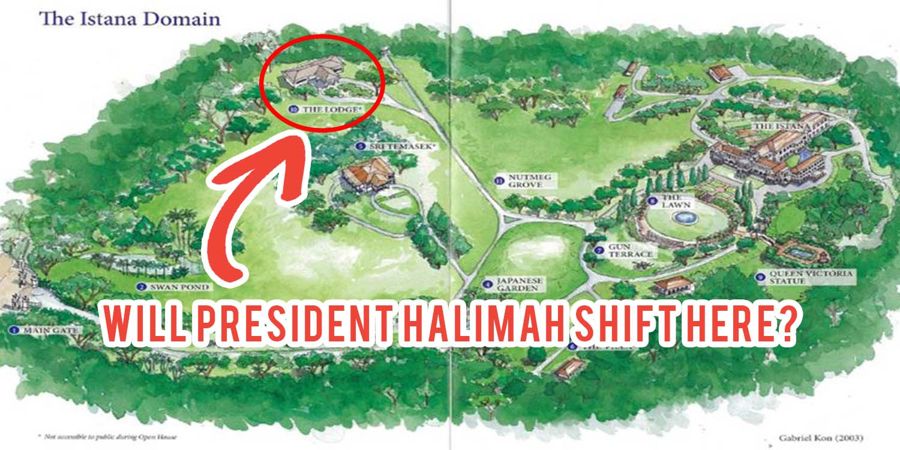 President Halimah Yacob Will Move Out Of Yishun To Undisclosed Location

Well well, it seems like the inevitable has finally happened. President Halimah Yacob has finally announced that she will be moving out of her jumbo HDB flat in Yishun spending less than a month in office. In a Facebook post on 2 Oct, President Halimah accepted that she has to move out of her current home due to “security challenges”, while expressing her preference to reside in a HDB.

Given that she has lived in her jumbo flat since she was married, the question on the kaypoh Singaporean’s mind will be: where? If you guessed the Istana, you might be wrong.

The Ministry Of Home Affairs (MHA) released an official statement on the same day, announcing that President Halimah will be relocating from her flat in Yishun after facing “several challenges in ensuring her security and protection, if she continues to stay in her home”.

President Halimah is the first president to stay in a public housing while in office, which has resulted in her being mobbed under the void deck by supporters on a few occasions.

Since her safety is their top priority, the MHA has “strongly advised” the President to move. 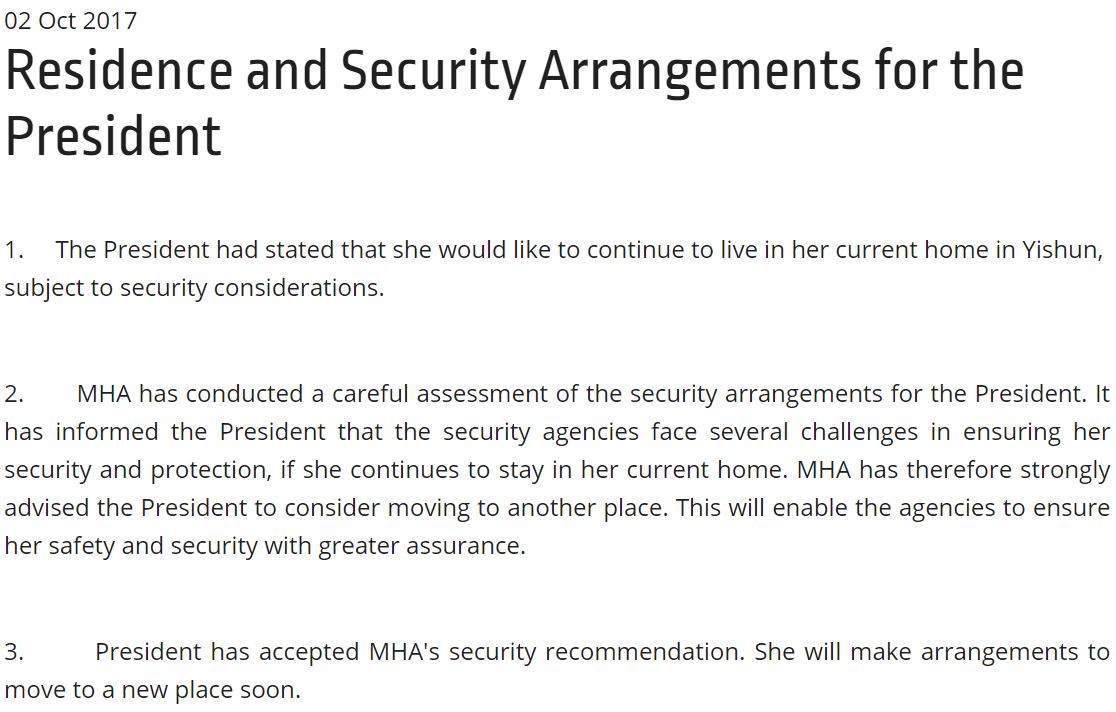 While arrangements are being made for President Halimah to move out, the MHA and the President have remained coy on the new location. As such, it should not be assumed that President Halimah will be moving to the Istana. Here’s more reasons why.

Only 2 former presidents have lived in the Istana

Some Singaporeans believe that the President of Singapore stays in the Istana and well, they are not quite wrong.

2 of our former presidents, namely Mr Yusof Ishak and Mr Devan Nair, chose to reside at the Istana. Here’s an excerpt from a book on the history of the Istana, published in 2015.

President Yusof Ishak stayed in Sri Melati, a bungalow on the Istana grounds. However, the house was demolished in the early 1970s when it became structurally unsafe. In its place, the Lodge was built and it served as President Devan Nair’s home for a short period.

However, it has been a while since a President stayed in the Istana. Our most recent Presidents, the late Mr S.R Nathan and Dr Tony Tan, chose to stay in their own private properties at Ceylon Road and Greendale Avenue respectively.

If not Istana, then mana?

It remains to be seen if President Halimah will shift to the Istana. Given that it has been at least 32 years since the last President stayed there, we do not know if the Lodge is in a livable state.

However, if she does, she will be in close proximity to her former boss PM Lee, whose official residence is at Sri Temasek. Where she goes, Yishunites will miss her

While we cannot confirm where President Halimah will stay at, we are quite certain that her neighbours and fellow Yishunites will miss having her in the neighbourhood.