Must Share News – Independent News For Singaporeans
Home Current Affairs Politics Halimah Yacob Now Has A Hashtag In Common With US President Donald... 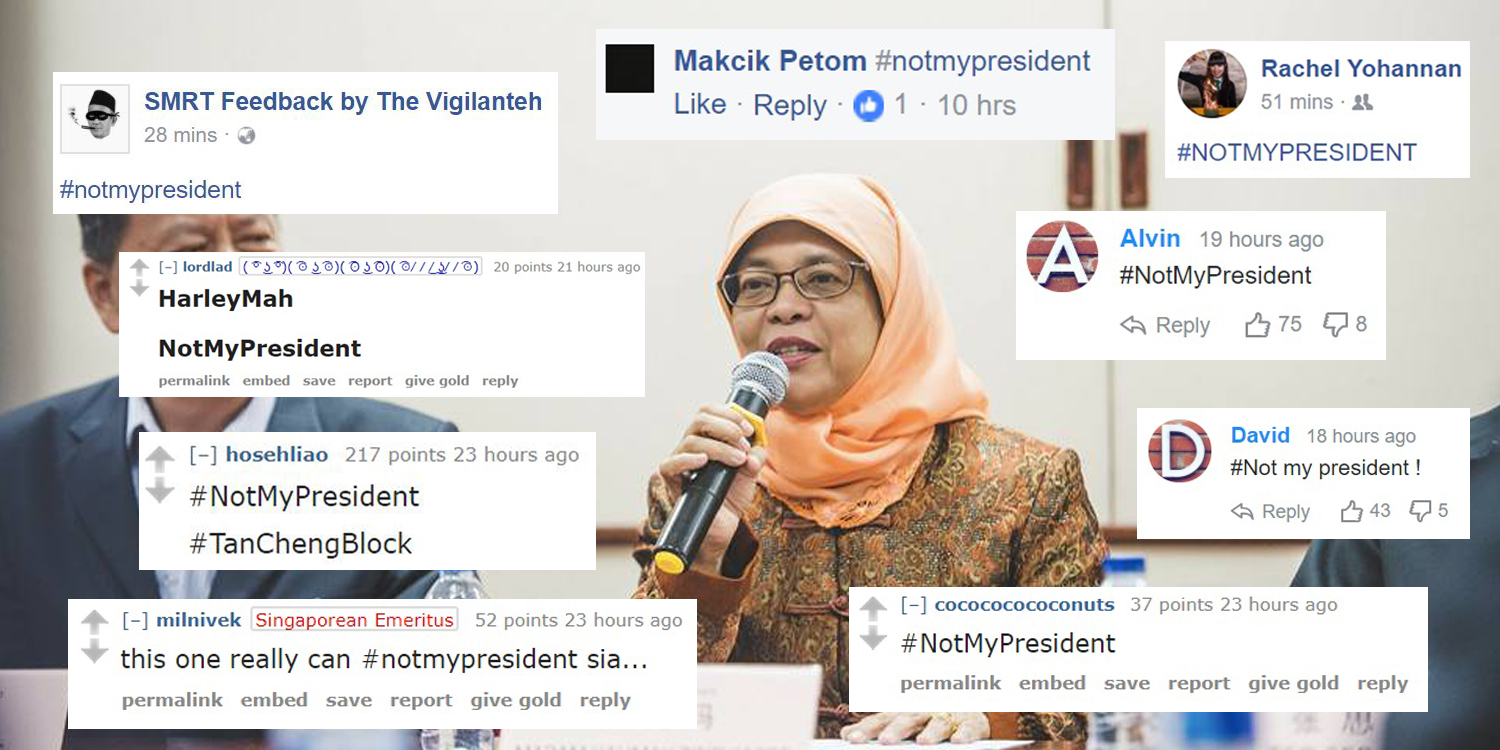 Singaporeans Are Using #notmypresident To Express Displeasure At PE2017 Walkover

When it was announced that Madam Halimah Yacob would become Singapore’s next President via walkover, few were surprised, given that it was predicted that the other 2 candidates would not be issued their Certificates of Eligibility (COE), as they did not meet the $500 million shareholders equity benchmark.

Nonetheless, masses of Singaporeans voiced their displeasure and disgust at the result. 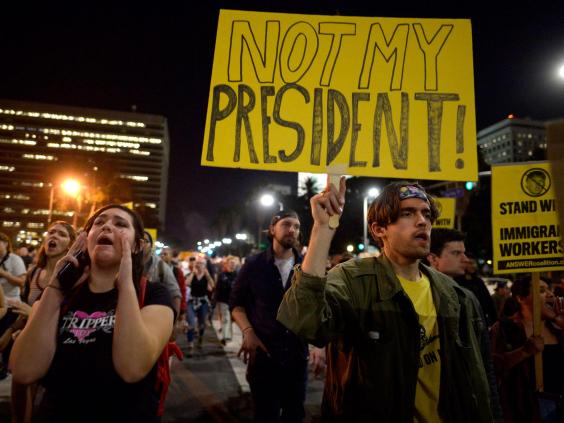 Nope, that’s not Singapore in the picture above, but if you look online, the sentiment is pretty much similar.

Inspired by the protesters following US President Donald Trump’s victory, Singaporeans took to social media and began using the #NotMyPresident hashtag to air their frustrations at the outcome of the 2017 Presidential Election.

As we await the official commencement of her term as Singapore’s 8th President, let’s take a look at how netizens are reacting to her promotion.

Robbed of the opportunity to vote

Many are calling out her hypocrisy, considering Halimah said that the election was meritocratic and fair.

However, it seems as though she had already united Singaporeans online, as Edward explains so. 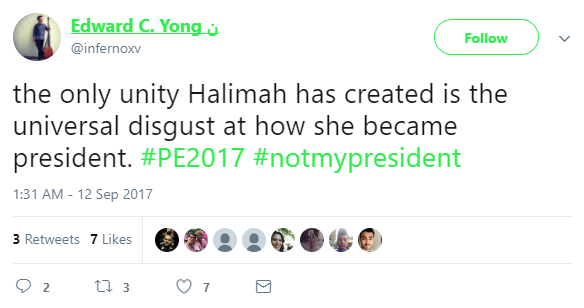 Considering that many felt they were robbed of the opportunity to vote and were led on the past few months after being teased with potential candidates Farid Khan and Salleh Marican, it’s no surprise how unanimous netizens are feeling about this.

Even more so that mainstream media is completely avoiding any mention of the ongoing backlash.

Public figures speak out as well

Additionally, founder of The Good Beer Company Daniel Goh, explains the entire situation in a way that only he can.

Even Phua Chu Kang’s mother disagrees with the outcome, and some say her opinion is most definitely the best in Singapore, JB and arguably Batam.

It’s commendable that these people aren’t afraid to voice their honest opinions despite their status.

Perhaps ironically, this election had achieved the exact opposite of of its intended purposes. When it was announced that the election would be reserved for Malay candidates, PM Lee said that the Government’s intentions were to allow citizens of every race to “know that someone of his community can become president”.

However, the results have only revealed the lack of eligible Malay candidates. Especially so, considering the controversy over Halimah’s original descent.

Meanwhile, this young Malay Singaporean expressed his sadness over what transpired. 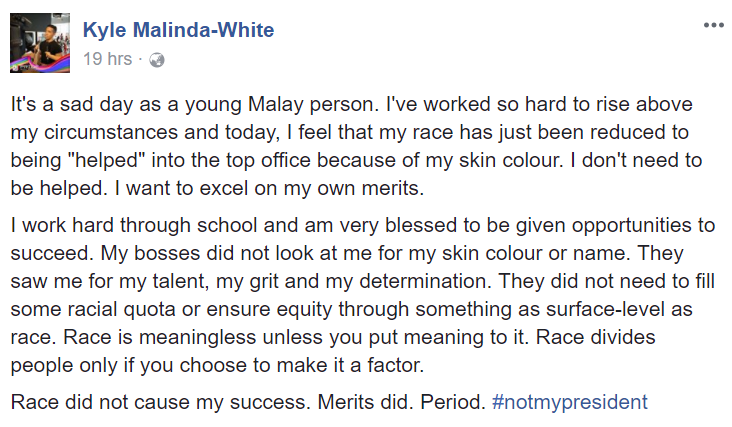 Speaking about his struggle to rise in the workforce, the freelance reporter feels that the election is a step back for the Malay community in Singapore.

Whatever you feel about the controversial US President, at least he can say he beat Hilary Clinton in an election.

Even the supreme leader of North Korea Kim Jong Un, held an election in his country in 2014, even though it was slightly one-sided.

However, in no way are we insinuating that Madam Halimah, Donald Trump and Kim Jong Un are alike. We’re just saying that there are similarities between them.

Singaporeans have their priorities set

At the end of the day, perhaps the one thing Singaporeans are most upset about within the entire election is the lack of public holiday that would’ve followed on voting day.

We’re not kidding, just look at what they’re saying.

Guess Singaporeans have their priorities.

Seriously, it seems that part of the backlash could’ve been subdued if they had just given us the off on 23rd Sep.

#NotMyPresident but still no choice

Despite the increasingly widespread use of the hashtag #NotMyPresident, we here at MustShareNews would like to take the opportunity to congratulate Madam Halimah in her success at the 2017 Presidential Election.

It’s important to note that as journalists, we are not to provide our opinions on the matter but to report them as we see it. As such, any articles written do not reflect our stand on the results of the election.

So go disturb Halimah, not us. 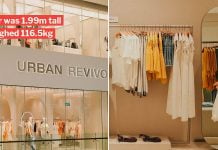 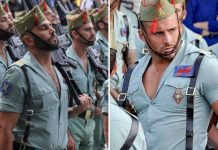