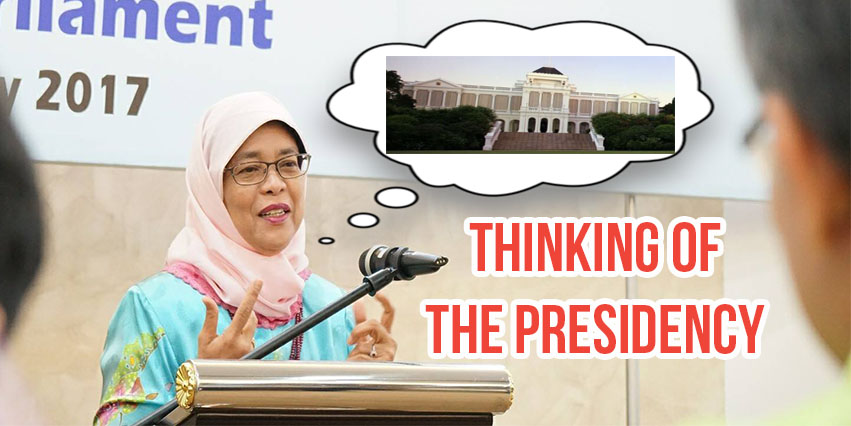 Halimah Yacob Is “Thinking” About Running For President

The worst-kept secret in town is finally being addressed in public — and although it’s not 100% confirmed yet, we think that the fact that it’s being addressed now means it’s only a matter of time before it is.

The woman at the centre of it all is Parliament Speaker Halimah Yacob — the person everyone thinks is going to be the next president of Singapore.

The only thing that will stop her is herself, as she had yet to say anything about whether she is going to run in the upcoming Presidential Election in the first place — until now.

For Marsiling residents, it may have seemed like a normal Sunday (July 16), hanging out with their Member of Parliament Halimah Yacob. 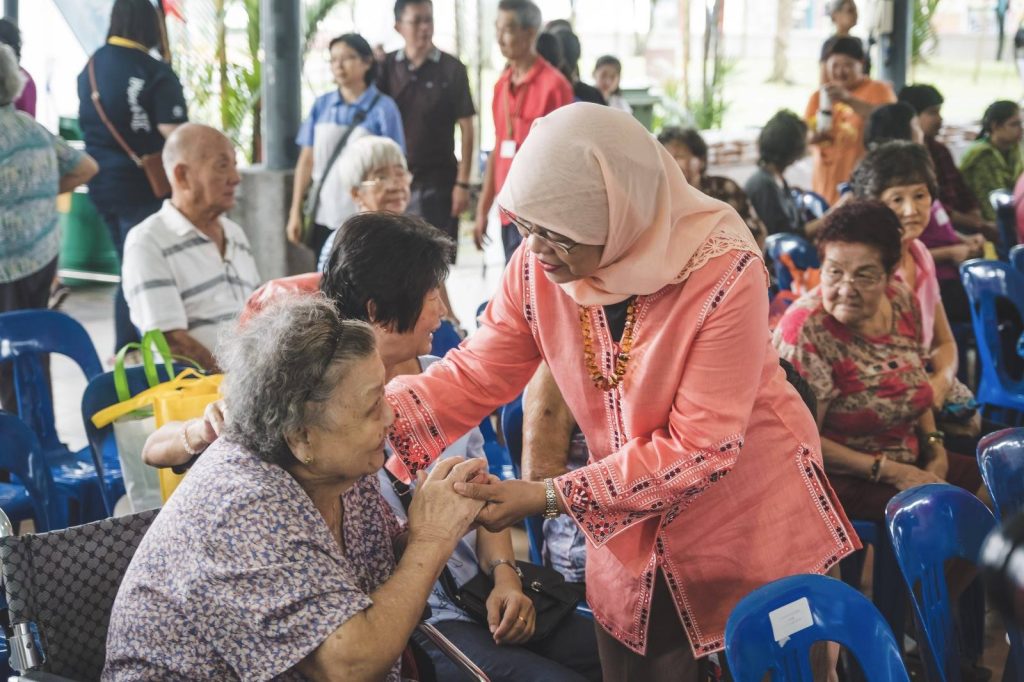 But they may not expected for Mdm Halimah to say something that would potentially be the start of history-making event.

The Straits Times quoted her as telling reporters after the community event:

I am thinking about it, of running for the presidency.

The elected presidency is a very heavy responsibility and an important institution in Singapore, so it’s not something that one should take lightly… so it needs a bit of time to think.

It’s the first time she is directly addressing the issue in public, and it’s just a kernel — she didn’t say she is definitely running — but at least it’s something.

And even a small indication from Mdm Halimah that she may run will likely concern potential rivals like Mr Mohamed Salleh Marican and Mr Farid Khan Kaim Khan.

In a short statement sent to MustShareNews, Mr Farid said:

I welcome Madam Halimah’s intention to contest in the upcoming Presidential Election.

Why so? Because Mdm Halimah is widely seen as the frontrunner to win the election, should she decide to run.

That’s because she has a couple of things going for her: 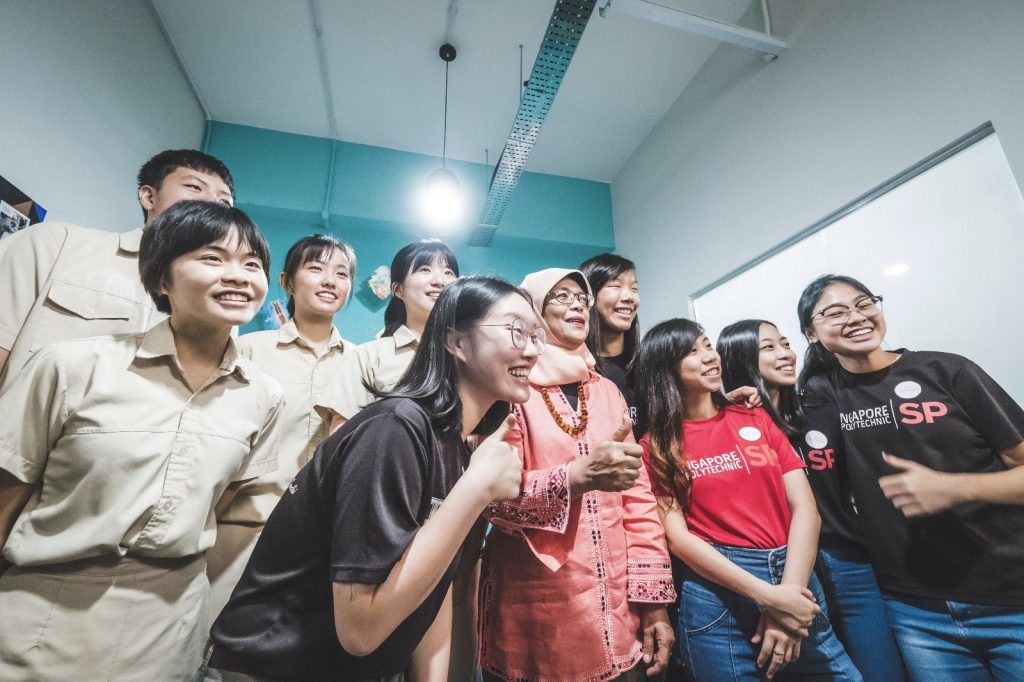 Mdm Halimah still has time to think about the presidency — though aspiring candidates can now collect application forms from the Elections Department, the last day to submit an application will be 5 days after the writ of election is issued.

And there’s no indication that it will be issued any time soon, at least not until after National Day.

So far only Mr Mohamed Salleh Marican and Mr Farid Khan Kaim Khan have indicated their interest in running, but other names like former speaker of Parliament Abdullah Tarmugi have also been bandied about.

But going by the fact that some politicians like Minister in the Prime Minister’s Office Chan Chun Sing already seem to have her in mind as Singapore’s first female president, Mdm Halimah’s decision should be very easy should she desire the job.