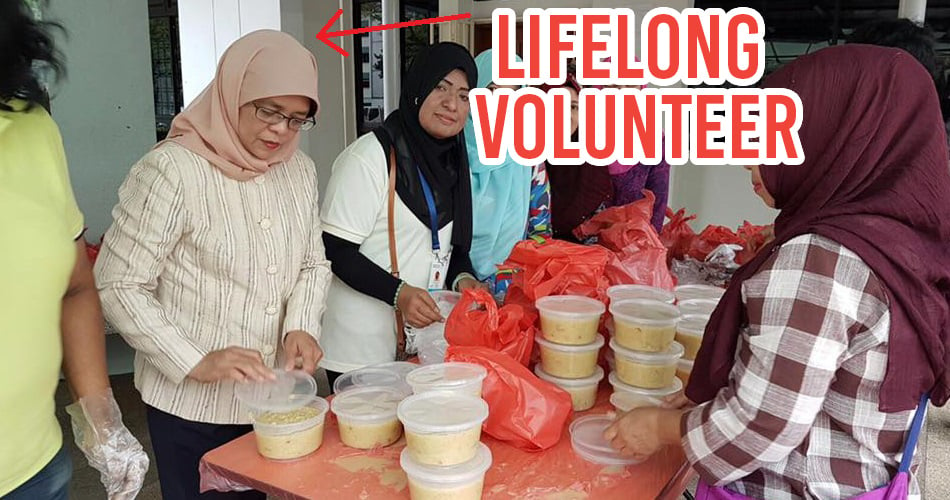 Speaker of Parliament Halimah Yacob, 62, is a household name and it’s no surprise — she could very well become Singapore’s next president, and first female president.

And it’s all the more likely after Minister for Communications and Information Yaacob Ibrahim ruled himself out of the upcoming presidential election, which is reserved for Malay candidates. (See what some Singaporeans think about that here.)

On July 7, 2016, she was conferred an honorary Doctor of Laws degree from the National University of Singapore (NUS), in recognition of her service to the People’s Action Party (PAP) for over three decades. It is the highest form of recognition for individuals who have had an impact on the community and NUS significantly; former prime ministers Lee Kuan Yew and Goh Chok Tong have been recipients.

In light of the upcoming presidential elections, we got to know Madam Halimah Yacob on a more intimate level.

Here’s 12 things to know about her:

1. She Is The First Female Speaker Of Parliament In Singapore’s History 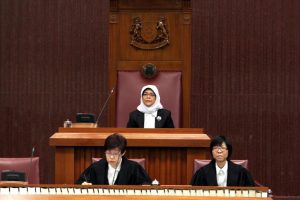 She became speaker on Jan 14, 2013. She is also Singapore’s ninth speaker.

2. She Was Once Thrown Out Of Her House

Born in 1954, Mdm Halimah Yacob was a child of a poor family. Her father, a government watchman, died when she was 8 years old, she told The Straits Times. Her family was then thrown out of government quarters where they were living, and had to stay with relatives.

Her mother had to sell nasi padang from an illegal pushcart to support the family, before getting a licence. However, she was taught to live within her own means, and never to borrow.

3. She Fell Asleep In Class

Mdm Halimah Yacob was the student who sat at the back of the classroom, fell asleep in class and did not complete her homework, she told The New Paper.

But it was not because she was a bad student, but because she had to wake up at 5am to help her mother buy ingredients for her pushcart, which took a toll on her. She especially enjoyed daydreaming while looking out of the window and taking naps in class.

She eventually stopped those habits because she felt like she needed to work hard for her mother.

Mdm Halimah Yacob attended the Singapore Chinese Girls’ School and Tanjong Katong Girls’ School, thereafter proceeding to the then University of Singapore on a Macquarie University International Scholarship, graduating with a law degree in 1978. She was called to the bar in 1981, and completed a Master of Law degree at NUS in 2001.

5. She Couldn’t Afford A Sofa When She Got Married 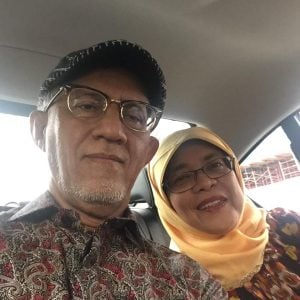 Upon moving into an HDB flat with her husband (above), the couple had to save for eight months before they could afford their very first sofa set.

6. She Still Lives In An HDB Flat

Mdm Halimah Yacob is a proud heartlander who lives in a five-room HDB flat in Yishun with her husband (and doesn’t have plans to upgrade).

The sentimental value she holds to the house trumps any sort of monetary gain. After all, it was where she raised her five children. She also believes that living in public housing allows her to relate to residents and their concerns better.

7. She Is An Activist

Not only was Mdm Halimah Yacob successful in her fight for equal medical benefits for female civil servants, she is also a strong advocate for women’s rights and the Muslim community.

One of Mdm Halimah Yacob’s most famous lines as speaker is: “Please keep your follow-up questions crisp and short.”

Once the allocated time for each MP is up, she interrupts them so other MPs get to ask their parliamentary questions. She makes sure the hour and a half she’s given is being used efficiently.

9. She Has Received Numerous Awards 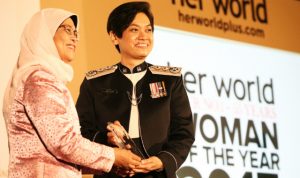 10. Her Mother’s Death On Polling Day Was The Saddest Moment Of Her Life 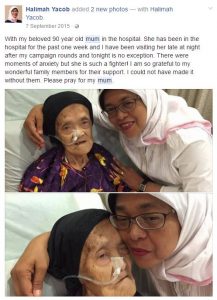 While Mdm Halimah Yacob went on to win with her PAP team in Marsiling-Yew Tee Group Representation Constituency, it was a bittersweet victory for her.

“This is the saddest moment of my life. My mother was largely responsible for making me who I am today,” she told The Straits Times.

11. She Has The Personal Touch 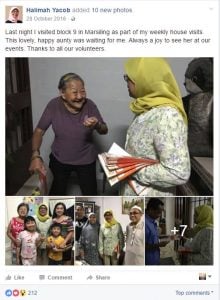 Mdm Haimah Yacob actively does house visits at rental and 1-room and 2-room flats. During the Zika virus outbreak, she went door-to-door and shared precautionary measures with residents.

12. She Devotes Her Time To Helping The Less Fortunate 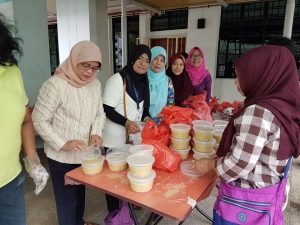 Mdm Halimah Yacob participates in weekly food distributions to the less fortunate in her ward of Marsiling – her Facebook page is filled with photos of her and her group of volunteers preparing and distributing food to residents. She never fails to thank the volunteers too.

In addition, she places emphasis on finding ways to educate children from low-income families; such as via reading programmes or the setting up of tuition centres. She has set up a tuition centres at Marsiling and Bukit Batok to ensure children in the neighbourhood get the education they need.

She’s Won The Hearts Of Many

Mdm Halimah Yacob’s dedication and passion to help the less fortunate is evident not just through speeches, but her actions too.

Despite having a busy schedule, she takes the time to ensure those under her care are taken care of — the politician even has a wall dedicated to thank you cards made for her.

With all the love and unwavering support she’s been receiving, we sincerely wish Mdm Halimah Yacob all the best if she’s running for president!