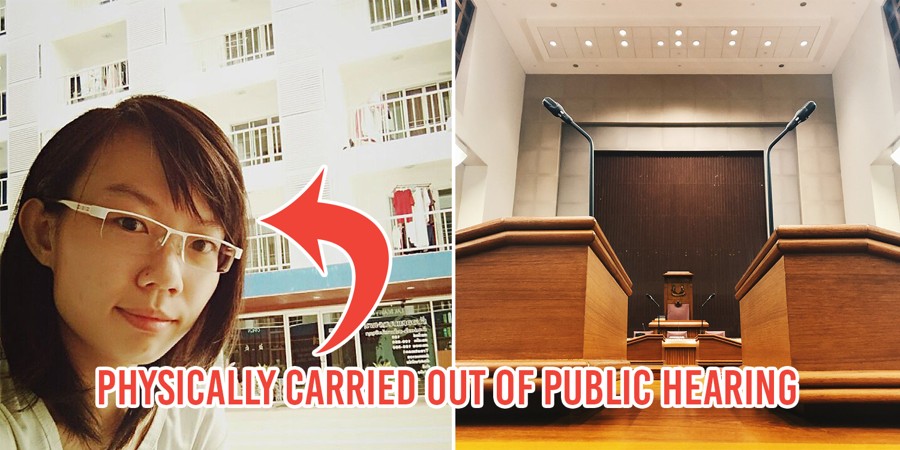 The public hearing was held by the Select Committee on Deliberate Online Falsehoods.

According to Yahoo News, Ms Han was holding up some papers to cameras in the parliament chambers while Mr Thum Ping Tjin was delivering a testimony on Thursday (29 Mar).

As the story is still developing, the contents of the paper are currently unknown.

But clearly, whatever was on those papers didn’t sit well with parliament officials.

She stood her ground despite being told to leave

Ever the firm activist, Ms Han protested against the request and refused to move from her place, adding that she wished to stay.

I want to sit here because I want to follow the hearing. What else you want from me? I already give you my papers. What did I do wrong? Can you give me an official paper to say I cannot stay?

One female member of staff was heard saying,

Either you walk out on your own or I bring you out.

Following which she was reportedly physically lifted out of parliament by three women.

According to Yahoo News, she was then kept in a holding room for more than an hour, after which she was escorted out by 12 other officials into another room, thus concluding this bizarre event.

Being “disinvited” from the public hearing

There could be a possible reason why Ms Han had to find an alternative to being heard – or in this case seen – during the public hearing.

Ms Han’s Facebook post revealed that she was indeed invited to speak at the public hearing initially.

However, due to scheduling complications, Ms Han was ultimately “disinvited” from speaking following an email from parliament officials.

As this story is developing, we will update this post as more details come in.

While we wait, however, you may want to check out Han Hui Hui’s alter ego on Instagram.

We promise you’ll definitely be entertained. 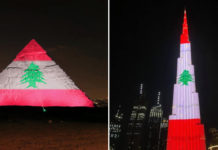