A hashtag on Twitter, #HAPPYRAVIDAY, is trending today, ostensibly celebrating a Ravi’s birthday. 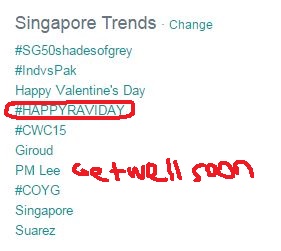 Is the hashtag referring to human rights lawyer and PM wannabe M. Ravi?

Maybe M. Ravi’s supporters are attempting to trend his (birth)day on social media as a show of support, since he’s been in the news recently.

He was last seen in Hong Lim Park on Saturday (14 February), protesting his suspension from the Law Society. 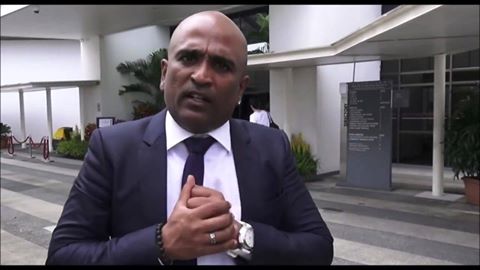 However, upon further inspection, the hashtag’s content was not as expected.

Why he selected the name Ravi is anyone’s guess, but while we’re at it, we might as well wish him a happy birthday too.

M. Ravi’s prospects of being in a boyband

That is not to say M. Ravi couldn’t be in a boyband if he so wished — he already has the dancing skills.

Perhaps now that his license to practice law has been suspended, he can go to Korea and pursue a new career. He can’t use the “Ravi” name, but “M. Ravi” is available.

For the record, M. Ravi’s birthday is on 9 April.

Lady Throws Away BF’s Demon Slayer Figurines To Make Space, He Breaks Up With Her Instantly